Why the Bushfire Bash should continue

Sunday afternoon’s Bushfire Bash lived up to its fun expectations. While the cause of the game is heartbreaking, the result was fantastic, raising over $7 million for bushfire relief.

For the record, the Ponting XI won by one run over the Gilchrist XI. While it was played in high spirits, it was taken just seriously enough to provide a decent contest, even if Matthew Hayden bowled without shoes on, Courtney Walsh bowled one ball that landed on the moon and Australian coach Justin Langer bowled slow, rubbish spinners that even a sixth-grade hack would be ashamed of.

So why not make it an annual event? 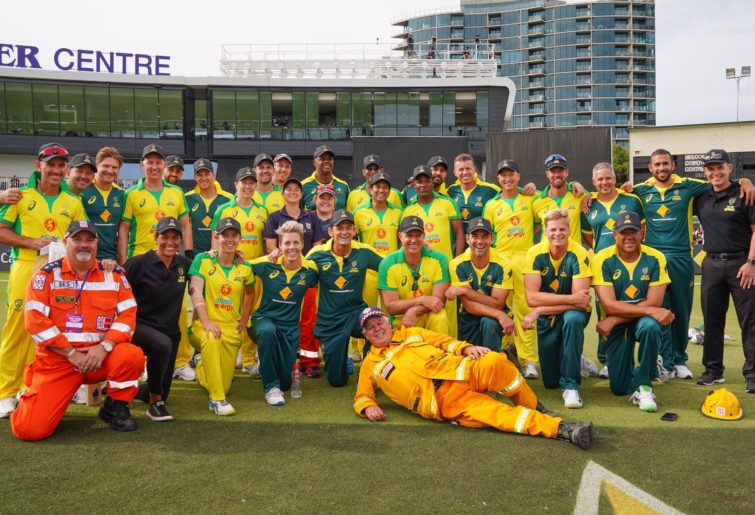 The game could be renamed the ‘Charity Bash’ with the respective teams donating to the charities of their choice – and if it’s still for the bushfires, then all well and good. A lot of ex-players devote time to their favourite charities, so this would raise much-needed money for a lot of worthy causes and would ensure a lot of big names will play.

Venue
Playing the game as a stand-alone match or after a women’s international at a packed-out suburban ground suits the game’s vibe better than a bigger stadium like the SCG or the MCG. There are plenty of grounds that could do the job, like Allan Border Field or North Sydney Oval.

Time
The Sydney rain that caused the game to be moved was a stroke of luck as the atmosphere was a lot better at Junction Oval than at a half-full SCG with fans getting ready for the Big Bash final. Keeping the game after the Big Bash final adds to the happy, celebratory atmosphere – like an end-of-year Christmas party, the serious work is done and its time to have some fun. Assuming the BBL final stays on a Saturday night, then a Sunday afternoon Charity Bash would be perfect.

Format
One complaint I have with the format was that it was too short. Ten overs each wasn’t enough to see every player bat and bowl. So why not borrow from the old domestic one-day four-innings format, tweak it and play four innings of ten overs? As an extra tactical twist, the two not-out batsman at the end of the first innings would open in the second innings. For example, the Ponting XI made 5-104 off ten overs, with Alex Blackwell and Luke Hodge the unbeaten batsmen. Blackwell and Hodge would resume the PXI’s second innings and give Haddin, Christian, Lee and Akram a chance of batting. Imagine the unbeaten Gilchrist XI batsmen Cameron Smith and Nick Riewoldt opening in the fourth innings with a total to chase, with Peter Siddle, Fawad Ahmed, and Courtney Walsh to come and retired batsmen Shane Watson, Elyse Villani, and Andrew Symonds given the chance to bat again when a wicket falls? Exciting stuff.

With 20 overs to bowl, each bowler can bowl a minimum of two overs spread across both innings. Ideally everyone should bat in the 20 overs and most players would get a bowl. It’s perfect for fans wanting to see their favourite past players one more time, stretches out the fun a bit longer and raises extra money for charity.

An annual Charity Bash played with goodwill and a charitable spirit would give fans something to look forward to at the end of a long summer.