How can someone who was a liability in the biggest Test series of the year be judged Australia’s best male cricketer of 2019?

The answer, evidently, is by dominating at home against a few out-of-sorts tourists and having a superb World Cup.

Regardless of his achievements last year, David Warner’s Allan Border Medal win last night has drawn attention to the flaws of the award’s voting system.

In the same way you can’t blame a player for being erroneously picked by selectors, this is no criticism of Warner.

His form outside the Ashes last year was imperious. Scoring a triple century is a feat many of Test cricket’s greats never managed, regardless of the opposition – as CricViz’s Ben Jones said late last year, calling David Warner a home-track bully is like saying Jimi Hendrix was only good at guitar.

His white-ball contributions were entirely deserving of an accolade or two, too, but to say he was the player of the year after dismally failing in the most important series just doesn’t sit well. 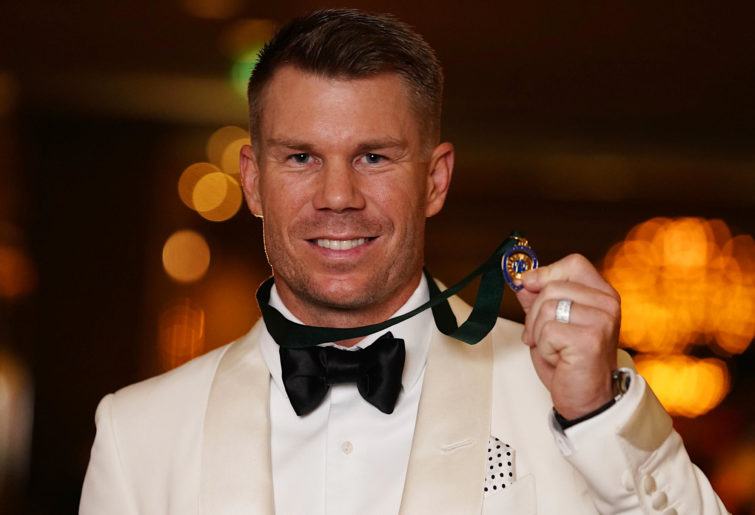 For all the dominance of the team at home, retaining the Ashes in England for the first time since 2001 was far and away the biggest achievement of 2019.

That was due to Steve Smith’s superhuman efforts with the bat and the outstanding performance of the bowling attack, Pat Cummins foremost among that group. Warner’s 95 runs in ten innings, 61 of which came in a single knock, were just a little less critical to the series result.

It should not be too difficult a task to adjust the current 3-2-1 voting system so that more important series – against England and India, those played away from home, World Cups – are given extra value.

After all, the current Allan Border Medal poll is already adjusted based on format, with Tests, ODIs and T20s given a weighting of six, three and two respectively. That need only be extended to take into account the series as well.

The Belinda Clark Award, deservingly and unsurprisingly won by Ellyse Perry last night, doesn’t have any weighting at all, meaning the Ashes Test played last year was worth just as much as one of the T20s against Sri Lanka. That, too, should be rectified.

Would we be having this discussion had Cummins or Smith won instead of Warner? Probably not. Am I just frustrated to see Australia’s male bowlers snubbed? It’s entirely possible.

And yes, in the grand scheme of things which require Cricket Australia’s urgent attention, no one’s going to throw this up the top of the agenda in a summer which has been the most poorly scheduled in recent memory.

That doesn’t, however, mean the Allan Border Medal and Belinda Clark Award shouldn’t receive a quick bit of tinkering to fix their voting systems.

No player or fan would seriously argue a series against what was a woeful Pakistani side, played in familiar and friendly conditions, is as important as the Ashes. Nor would anyone consider a few bilateral ODIs to be as consequential as the World Cup.

If not all matches are equal, then it stands that not all performances are. And that should be reflected in Australian cricket’s highest awards.