An AFL website article over the weekend suggested wheels may be in motion to put an end to the rookie list, and possibly also reduce total AFL list size, introducing two-way contracts to provide clubs with depth instead.

Axing the rookie list is undoubtedly a good idea, the other two a bit more questionable.

But before we get into that, it’s worth considering the state of affairs more broadly.

The AFL is three years away from something of a D-Day, the end of season 2022, at which time its current broadcast deal and collective bargaining agreement with the AFLPA will both come to an end.

These two negotiations are inextricable. How much broadcast revenue the AFL gathers effects the salaries that can be offered to be players, and vice versa – especially since the last CBA established a direct link between revenue and salary cap.

The league has consistently increased its broadcast earnings every time a new deal arrives during the modern era, culminating most recently in a landmark six-year, $2.5 billion deal struck in August 2015.

However, three years out from the next negotiation, the AFL appears to be facing the possibility of a deal which is stagnant at best or regressive at worst.

Declining TV ratings have prompted the competiton over the past two years to look at significant rule changes and shortening the halftime break as ways of improving audiences, all so far for little to no return.

This comes, not coincidentally, at a time when traditional broadcasters are showing a greater and greater reluctance to invest in sports rights, most recently played out in the form of Fox Sports’ apparent disconnect from Super Rugby.

The possibility might be there for the AFL to make a bold step and cross to a next-gen sports broadcaster like Google, Facebook, Twitter or Optus – or at least engage in discussions of that nature. 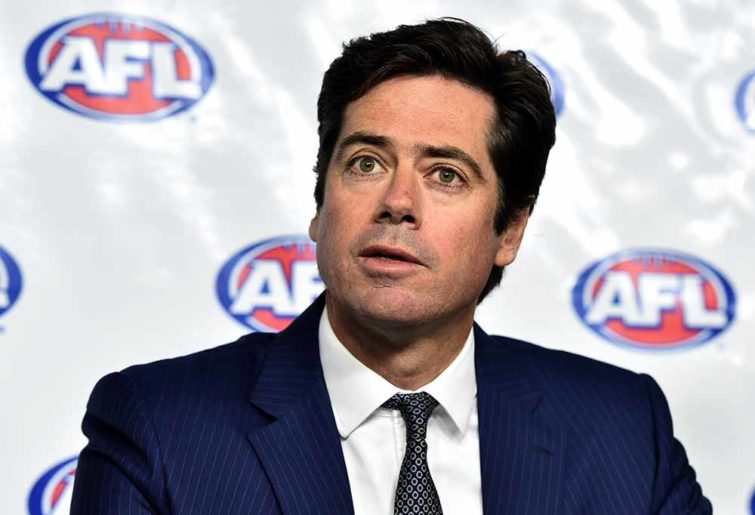 Concurrently, we know that the AFL has made dramatic changes over the last five years to the mechanisms by which clubs build their lists – bringing in a new academy and father-son bidding system, the option to trade future draft picks, the ability to trade picks live during the draft, as well as the supplementary selection period and the mid-season draft.

And broadly speaking, the majority of these initiatives have been successes. The clubs have fallen in love with future pick and live draft trades, and fans have enjoyed watching them play out.

The SSP and mid-season drafts in only the space of one year have already provided success stories like Sydney Stack, Michael Gibbons and of course Marlion Pickett.

More questionable is the bidding system. It makes a kind of sense on its own, but meshed in combination with future pick and live draft trading has created a status quo where any club that has a pre-tied prospect can rort the system if they’re smart enough.

That’s proving functional at present because every club has an academy now and they seem mostly happy enough to watch others rort the system when they know they’ll get their turn at some point too, but is it sustainable? The matter may well come to a head later this year in what’s shaping as a particularly compromised draft.

What is clear is the list-management mechanisms remain a work in progress. Gillon McLachlan himself said in November last year that he didn’t see the league arriving at a stable routine for trading and drafting, but that fans instead should expect continued change.

All that being the case, it comes as no surprise that the league would give consideration to axing the rookie list, which appears that the clubs have outgrown.

Nearly half the picks in last year’s rookie draft – 16 of 33 – were used by clubs to relist players they had themselves previously delisted, shuffling them about only for the purpose of being able to put part of their wages outside the salary cap.

This is more effort than it’s worth for everyone – there’s no need to force clubs and players through such an onerous process nor to have fans follow the machinations of it in the media.

For that reason I’m fully on board with the league putting the rookie list to bed. In fact, they should take it one step further and collapse a handful of the competition’s less-used functions into the same mechanism.

Currently we have delisted free agency, the pre-season draft, the rookie draft and the supplementary selection period all providing a means for players who couldn’t find a club via draft or trade to be added to lists. They all do essentially the same thing, so why not make them the same thing?

My pitch is that before the AFL trade period begins, every club should be required to confirm whether they will or won’t offer a deal to the uncontracted players on their list.

Any player not offered a deal could join the club of their choice as a supplemental signing at any point between then and the start of the new season. Any player who was eligible for but not taken in the national draft, now the only draft, can do the same once the event concludes.

Seems like it would make life simpler for everyone to me. 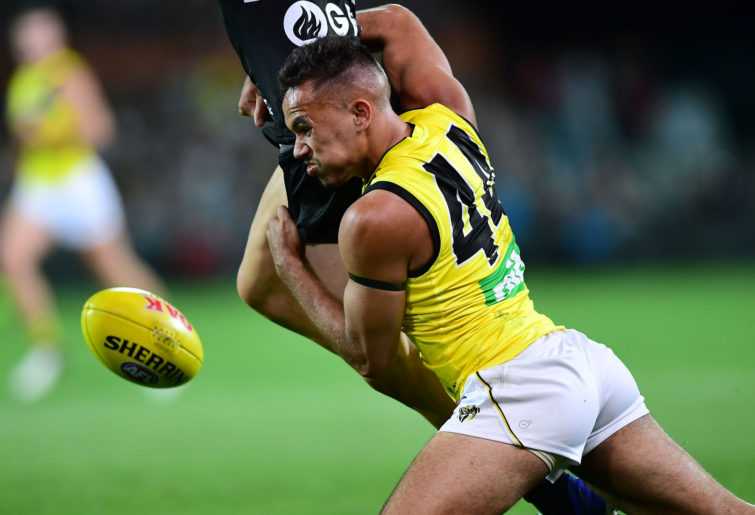 It’s difficult to imagine the AFLPA agreeing to something which puts any number of players out of work, let alone nearly a third of the league.

Of course, this is where ‘two way’ contracts come in – deals which would allow players to represent an AFL club’s state-league level reserves and be called up to play for the top-tier side as depth when needed.

However, this would mean lower salaries for depth players, who already seem to be getting by on the minimum chips salary.

Another AFL.com.au article reported last year that at most clubs, “about 80 per cent of the cap goes to the top 15 or so most valued players”.

Do the maths and this means the other 30 or so players are accepting the competition’s minimum salary or just over. While the ‘average’ salary may be nearing $400,000, the median player would be lucky to earn a third of that.

Cutting the size of lists seems like it would only free up more cash to float up to the top-tier earners, putting more money in the hands of few and giving less opportunity to those on the fringe. Not to turn this into a political allegory, but I’m not a fan of that either as philosophy or in practice.

What’s the answer then? The simplest route I’d say are set lists at a max size of 45, but five of those spots are only available to players who join the club as international or other sport signings, supplementary signings on minimum wage (i.e. not a Jack Martin in the preseason draft type), or mid-season draftees.

If the AFL is interested in simplifying the list management landscape without changing it too drastically, making it easier to navigate and fans to follow, this strikes me as a good starting place.

Could we then see more radical changes to how players join and move between AFL clubs when it comes time for a new CBA? There are intriguing ideas out there – my 2018 pitch for an auction draft being just one example – and this is no doubt a space to watch with interest over the next three years.