What is the dumbest idea on the rugby league spectrum? Holding marketing events that pose as meaningful competitions just before the actual competition that really matters kicks off.

On Thursday, 12 March, the 2020 NRL season kicks off. What each club really doesn’t need is their most precious commodities – their players – getting injured just before the season starts.

It is one thing having your players injured in preseason training – as poor Ryan James did – or in the warm-up trials; it is entirely another when it happens in games that don’t matter and pose only risk to your club with little or no gain.

I mean, who really remembers or celebrates winning these sorts of competitions? No-one, that’s who.

At best your club gets some money if they win, at worst they lose vital players and suffer the consequences all season. 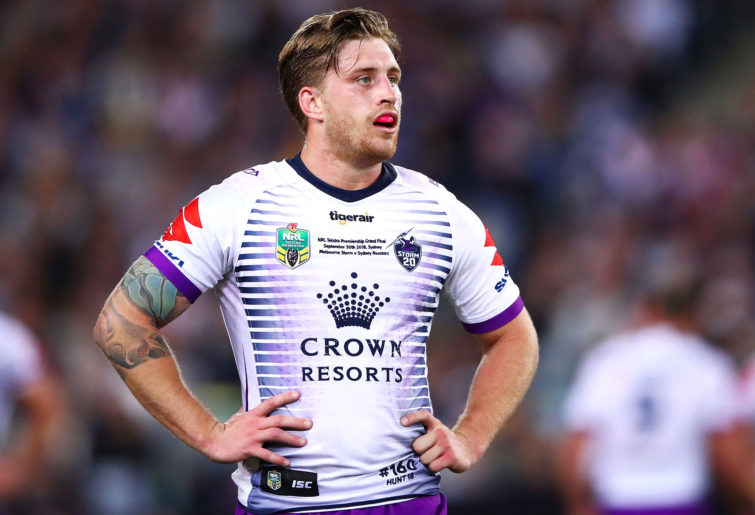 As I’ve said previously in regard to preseason competitions, scheduling them before the start of the NRL season is a reckless use of players on the part of the administration. The risk of injury at this time shows little regard for the players or clubs.

And the clubs know it. While they must enter teams in the Nines event, as their team lists have emerged in the last week we’ve seen precious few star names in any of the 18-man squads, which also have only a smattering of established first-grade players in them.

Let’s look at the numbers.

If you dig a bit deeper and change that definition to established first-grade players – those who you actually expect to see regularly in the match-day 17 – those numbers dip to 115, just 40 per cent.

That’s just what I could see off the top of my head. There are 17 current international and/or Origin players in that list.

Some teams are sending sides loaded with their best players, with the Eels, Broncos, Sharks, Titans, Panthers and Dragons having all named strong squads. The Warriors and Rabbitohs have paid some lip service to the event with some star players named in their squads.

However, the other eight sides have clearly deprioritised this event. If they have actually named a star player – such as the Storm naming Cam Munster, the Sea Eagles selecting Martin Taupau and the Cowboys naming Jason Taumololo – it will be interesting to see how much time they actually spend on the field.

Nowhere is the deprioritisation of the Nines clearer than with last year’s grand finalists. While the Raiders have named three players from their 2019 grand final team, the rest of the side is currently touring the bushfire ravaged communities that are all through their region. The Roosters’ only established first-grade player selected is Sam Verrils. While I’m certain that the kid will be a star – and he is a key spine player – he is hardly a decent representative sample from the reigning Premiers.

Some sides are picking retired players to make up their numbers, with Michael Gordon and Corey Parker both getting a gig. Bizarrely, the Roosters have picked ex-AFL player Nick Davis to don the tri-colours. I mean, seriously?

While I have previously lamented the poor timing of the Aboriginal and Torres Strait Islander Australians versus the New Zealand Maoris game in regard to its timing in regard to it risking preseason injuries and not getting the best players taking part as a result, that fixture is meaningful and deserves its place in the calendar.

However, preseason carnivals playing either the sevens or nines versions of the game have no popular support. While the idea of such a festival may appeal to marketing people – who may or may not actually follow rugby league – these carnivals have only operated for 16 of the last 32 seasons and on each occasion died out through lack of interest by fans and lack of commitment on the part of the teams.

Why the NRL are insisting on exhuming this dead horse in order to give it another flogging – especially when they are taking a poor product to a non-traditional market – makes no sense at all.

And when Cam Munster does his ACL or Jason Taumalolo does his shoulder or Mitch Moses busts his ankle, it will have all been for no good reason and it will sorely upset the teams and their supporters who have a poor 2020 NRL season as a result.

But I doubt the marketing team who pushed for this needless carnival to take place will care about that at all.