For those who haven’t got the message yet, this is a very poorly constructed Highlander register that is going to struggle.

Last Friday night fell short on the park, but the attendance and lack of home-town interest reflected not only the much-expected plunge in Highlander performance but also the embedded issues with the structure of the competition.

A couple of observations on the game itself before presenting the case for the increasing lack of interest in Super Rugby.

At the post-match press conference head coach Aaron Mauger noted that his side did not handle the expected aerial game that the Sharks brought to Dunedin.

There raises a couple of obvious questions which did not appear to be asked by the journalists:

Sadly this Highlander side lacks pace to go with its diminutive stature and it is very difficult to see where enough points are going to come from to win matches. Tony Brown is an excellent attack coach but he is neither an alchemist nor magician. Let’s give him the senior reins right now and hope against hope there is something to build towards in 2021.

For the positives, a dominant scrum appeared from somewhere and wasn’t rewarded as it should have been, and new No. 8 Marino Mikaele Tu’u looks a player who will fit nicely next to a starting Shannon Frizzel in the future.

Looking for rays of sunlight after this performance wasn’t an easy task.

Now to the evidence that interest in the competition keeps sliding south. 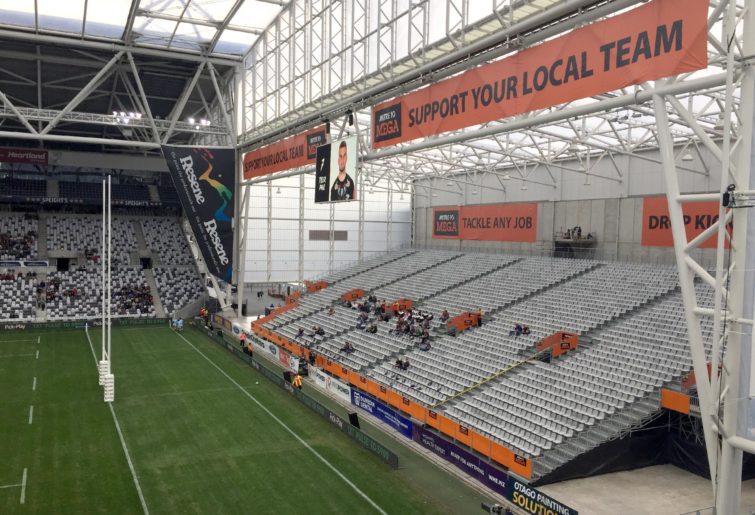 Moving the competition forward means that Otago University orientation week misses the start of the season by a full three weeks. The influx of new and returning students has become a key part of the Highlanders Super Rugby season over recent years; on Saturday you could literally count the inhabitants of the Zoo. This is not the way it is meant to be.

I have been to multiple sporting events around the world but never have I had the men’s urinal entirely to myself ten minutes before kick-off. The entire stadium was eerily quiet.

Highlander supporters need to stick with the side through what is going to be a difficult season, but for those at the wheel, let’s at least be honest about the shortcomings.