When the Steel Roses broke the deadlock in the 86th minute through Tang Jiali, the Matildas were staring down the barrel of a shock qualifier loss at Bankwest Stadium on Thursday night.

But fresh off a maiden international hat trick in Monday’s 6-0 rout of Thailand, Van Egmond came to Australia’s aid by blasting a 20-yard thunderbolt into the top left corner in the second minute of added time.
Matildas coach Ante Milicic was left breathing a sigh of relief after the frenetic finish.

“I can’t fault the effort from my girls,” he said.

“They kept on going and in the end I’m delighted we got the equaliser.”

It means the Matildas finish above China on goal difference in Group B, bypassing a two-leg playoff against the 20th-ranked Koreans.

Not in the mood to muck around, Milicic opted for a full-strength side as he unleased golden girl Sam Kerr after two bench cameos. 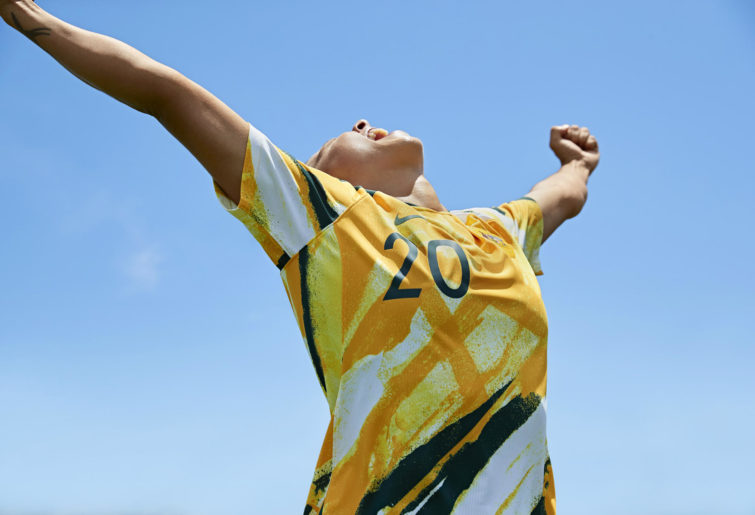 The Matildas were dropping like flies in the early stages.

After Bristol City signing Chloe Logarzo went down in a heavy challenge, Everton recruit Hayley Raso suffered a suspected broken nose from an inadvertent elbow to the face.

Clear-cut chances were hard to come by for Australia as the star forward trio of Kerr, Van Egmond and Caitlin Foord struggled to break down China’s well-drilled defence.

“That 4-4-2 mid-block that they have was difficult for us to play through,” Milicic said.

“We didn’t have the solutions quick enough or often enough. The times that we did we looked good.”

After having their backs to the wall for most of the second half, Australia’s resistance was broken late on as Ma Jun teed up Tang for the opener.

But the Matildas picked themselves off the canvas, with Van Egmond’s strike sending the 5660-strong crowd into raptures.

With another defensively-minded team awaiting Australia in the final knockout stage, Milicic said their woes would be instructive.

“We have to learn from this,” he said.

“We’ll review this. Then as soon as we do, we quickly move forward and put our focus to Vietnam.”