You would be hard pressed to find a single fan of the sport who can debate this statement, with both his records and performances pointing towards a hall of fame career.

His current MMA record sits at twenty six wins, one loss via a disqualification over ten years ago for a 12-6 elbow, and one no contest against Daniel Cormier due to a failed drug test. Jon Jones is an anomaly, due to his ability to not only be one of the best fighters, but to also stay at the very top for so long, seeing off challengers from the previous era, every competitor from his own, and now the next generation as well.

Jones has been tested, one notable fight being a controversial decision win against Alexander Gustafsson, however for the most part he has been the most dominant male MMA fighter in history. His two most recent fights however are pointing to a new page in Jones’ career.

Jones won back his UFC Light Heavyweight Title in late 2018 against Gustafsson after nearly three years out due to numerous discrepancies in another dominant performance. Jones picked up where he left off, displaying to all why he is the man who everyone in the division rightfully feared.

His last three title defences have told a different tale.

The Gustafsson fight was his last stoppage, with his three most recent defences coming from the judges scorecards. His last two fights, against Brazilian Thiago Silva and fellow American Dominick Reyes respectively, have been anything but convincing. Both decisions have come with increasing controversy, with many media and fans calling into question whether the right decision was made in each of the bouts. The reality now is that this is new normal for Jon Jones as he looks to defend the belt he has owned on and off for so long against a new generation.

Dominick Reyes in his recent loss to Jones showed the current champion no respect in the first three rounds, setting the tone from the outset. Unlike in the past Jones was not given the right to set the pace of the fight, as Reyes pummelled the veteran from the minute the fight started.

He came out and was able to close the distance, stopping many attempts by Jones to use his superior reach as an advantage. Whilst it was clear to all that Jones had comfortably won the last two championship rounds, many were shocked as the judges unanimously awarded the victory to Jones.

These types of close contests appear as if they will become the new normal for the champion. This is partially down to an ageing Jones, but mostly is the result of a new generation of Light Heavyweight fighters who have grown up watching and studying the way that the veteran wins his bouts.

Reyes only began fighting after Jones had won his first title at the age of 23, and since then, like many others, has developed and trained in a fashion to simply defeat the current champion. Jones is no longer the new kid on the block, defeating slow veterans with his explosive power and movement. His unorthodox approach has now become a modern orthodox one, with young fighters finding ways to counteract his longheld style.

This does not mean that Jones is finished as a champion, he seemingly always finds a way to win. But for how long will he be able to do this? Modern fighters such as Israel Adesanya have already come out and said they are prepared to take on Jones, with the Middleweight champion setting a date of mid 2021 as the ideal time for their battle.

But will Jones even be champion then?

Ultimately, even if Jones is unsuccessful in retaining his championship in his next few fights, he will still go down as arguably the best of all time. The simple reality however is that it is time for Jones to evolve, otherwise he risks being left behind. 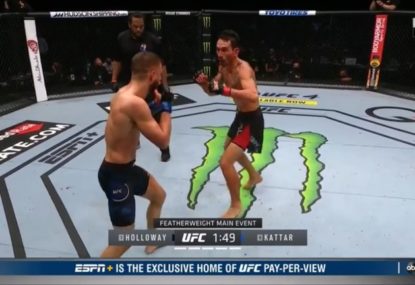