Following on from last article’s A Team, we come to the B Team, one with plenty of great players to choose from.

This is a brilliant batting line up headed up by the greatest of them all and a more than solid bowling team. They are also stacked with potential leaders. Five players are in the Cricket Australia Hall of Fame.

Opening the batting is Warren Bardsley, one of Australia’s first great batsmen. The left-hander hit over 50 first class centuries and averaged over 40 at Test level in the pre-WWI era where such a feat was rare.

Bardsley became the first Australian to hit a century in each innings of a test, in England in 1909. He was named a Wisden Cricketer of the Year in 1910 when he was described as “the most dangerous batsman in the world”.

In 1926, Bardsley at – 43 years old – became the first Australian opener to carry his bat in scoring 193 not out at Lord’s, which was at the time the highest Test score on that ground.

Joining Bardsley at the top of the order is Sid Barnes, an extremely talented opening batsman who also had a gift for upsetting officialdom, which was partly responsible for his short Test career. Barnes only played 13 Tests, mainly between 1946 and 1948 but in that time managed to share a 405 run partnership with Don Bradman that was at the time a world record.

Barnes was also a star of the 1948 ‘Invincibles’ tour of England, averaging over 80 in the Tests, including a century at Lord’s, and scoring over 1,300 first class runs on tour. He retired after that tour for a period and after a comeback that stalled when not selected for a tour of the West Indies for “reasons other than cricket ability” he became an outspoken member of the press.

And at number three we have Mr 99.94. Not a lot else to say really. In terms of averages Bradman is to Allan Border as say Border is to Mitchell Marsh. Scary really.

But if you need further details try; Two triple centuries plus a 299 not out (possibly the unluckiest not out in history); three different series aggregates over 800 runs, including a colossal 974 in the 1930 series in England; a first class high score of 452; his lowest ever series average of 56.57 is higher than all but the 14 highest career averages, higher than the career averages of Sachin Tendulkar, Jacques Kallis, Brian Lara, Greg Chappell and Virat Kohli; the only player to score four centuries in a series on three separate occasions. 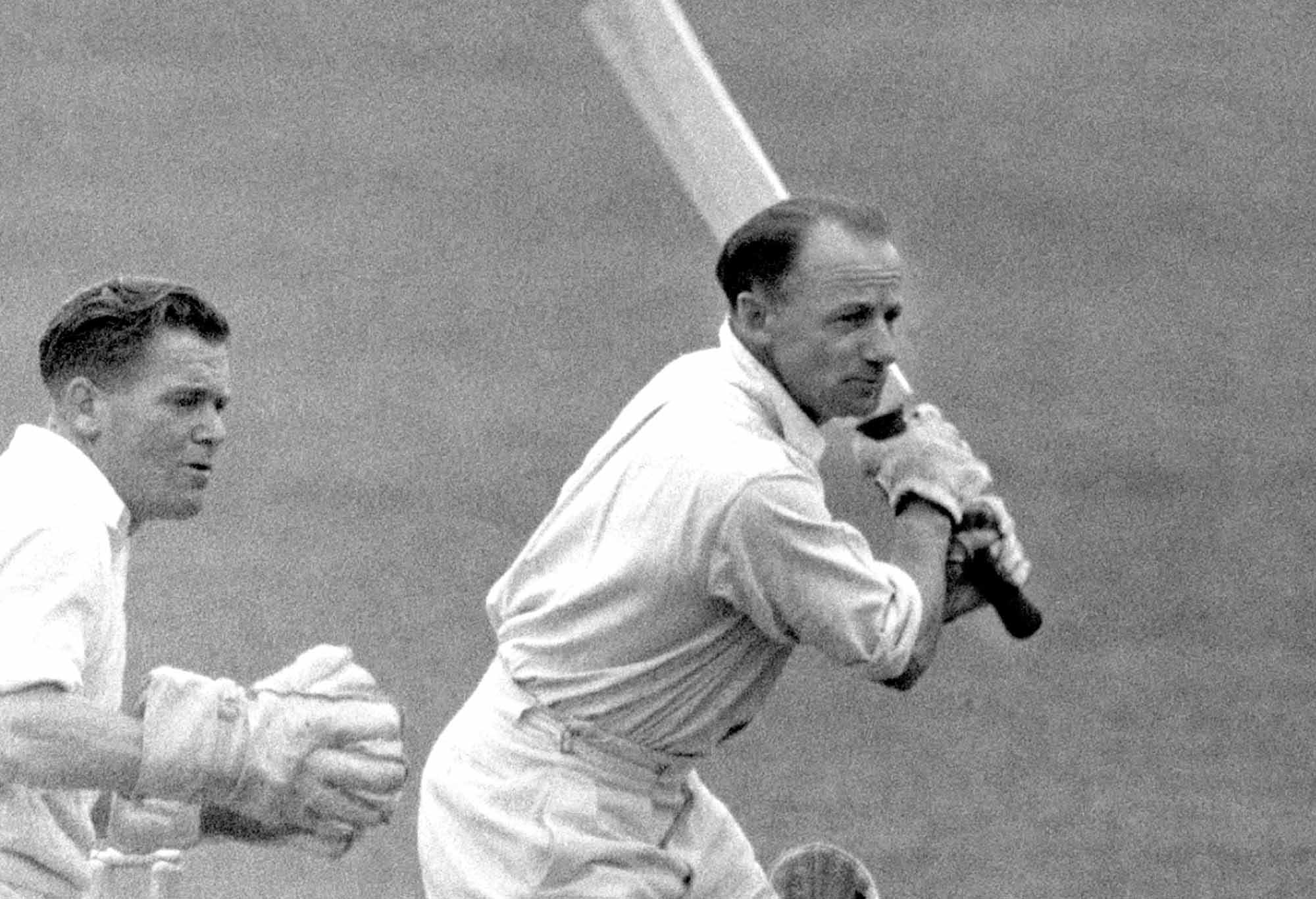 The Don. (Photo by PA Images via Getty Images)

Normally a number three or opener, Tasmania’s favourite cricketer David Boon moves down the order to accommodate The Don. ‘The Keg with Legs’ was a barrel shaped rock upon which the Allan Border/Mark Taylor era was built.

After an early struggle mirroring the 1980’s Australian team (his first three series were all sub-30 averages and he averaged only 18 in the 1986-87 home Ashes), Boon cashed in as the team rose to prominence from 1987 onwards. This culminated in two 500-run plus series, in 1991-92 at home to India and again in 1993 away to England. And there is the small matter of 99 catches as Boon became a wonderful short leg fielder. His catch at the MCG to give Shane Warne a hat trick was a particular highlight.

In ODI’s, Boon scored back-to-back half centuries in the semi-final and final of Australia’s victorious 1987 World Cup campaign, averaging over 56 for the tournament. And he backed that up to average over 50 in the 1992 World Cup as well.

At five we have ‘AB’, who carried Australia on his grumpy shoulders through one of its darkest periods during the 1980’s, when retirements of Chappell, Dennis Lillee and Rod Marsh, the resignation of Kim Hughes, plus the South African tour defections left him leading a severely undermanned team.

It was often AB out – all out, but he rode the storm, maintained a 50-plus average in an era featuring the most fearsome pace attacks the world had ever seen, captained his side 93 times and led the team from the wilderness to a World Cup in 1987 and an away Ashes success in 1989.

Border retired as Test cricket’s all-time leading run scorer. He is the only player to score over 150 in each innings of a Test match, against Pakistan in Lahore in 1980. And somehow he once took matches figures of 11 for 96 with his slow left-armers against the mighty West Indies.

After he stepped down from Tests he got to play a part as Queensland won its first ever Sheffield Shield. 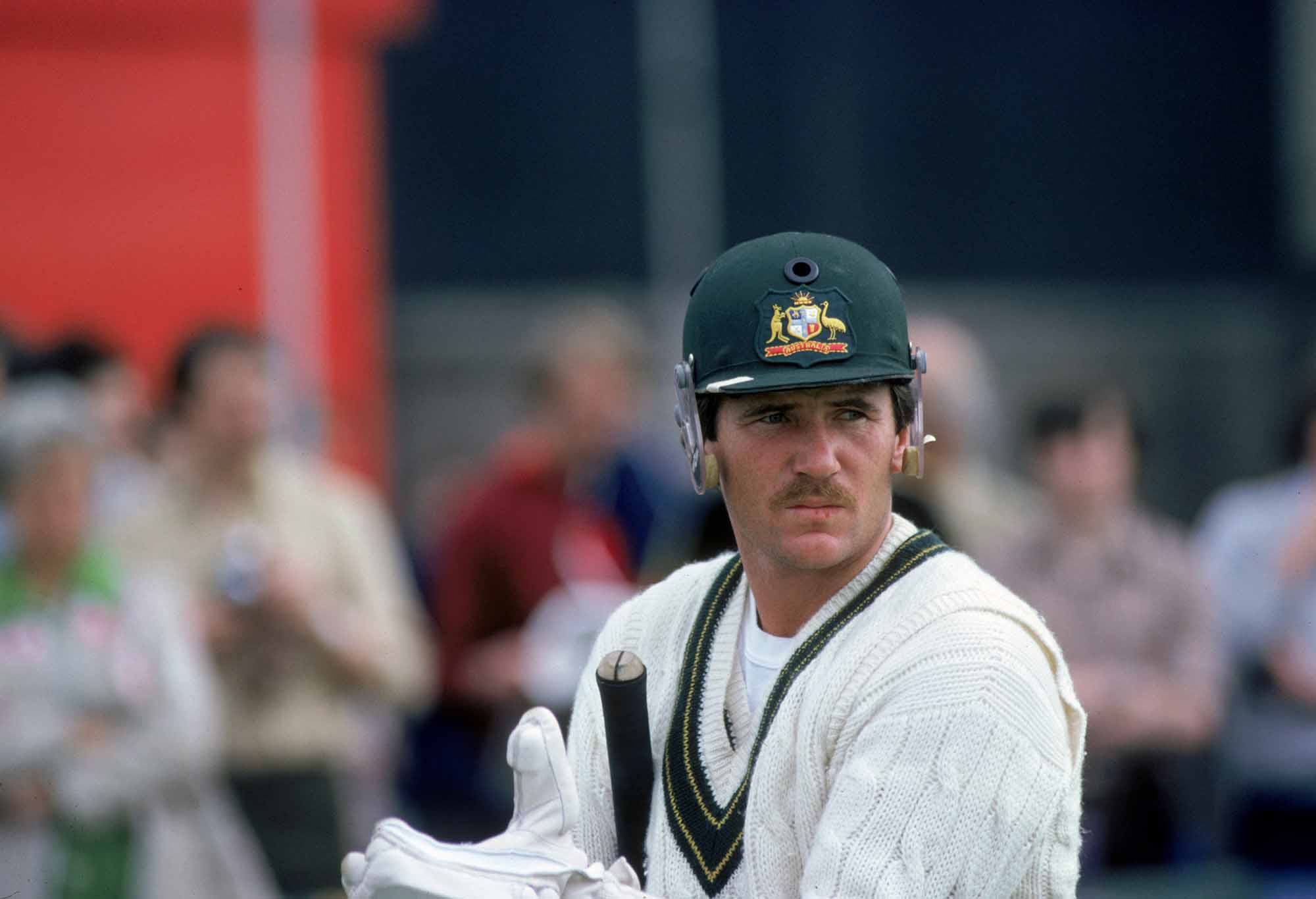 Coming at number six, Brian Booth was a regular for Australia in the first half of the 1960’s. He was particularly strong at home with four of his five Test hundreds being scored here.

Booth was a late arrival at 27 years old and was an immediate success at Test level, averaging over 40 in his first four series. But he never managed the feat thereafter although he was still averaging over 50 after 23 Tests, before tailing away.

Booth also represented Australia at the 1956 Olympics in field hockey.

The iconic commentator, Richie Benaud captained his country 28 times and is considered one of the country’s finest leaders. And he could also play a bit. Benaud was an aggressive bowling all rounder who, after a slow few years to start his career, matured into one of our greatest ever spin bowlers.

In the period between 1956 and 1960, Benaud took 131 wickets at an average below 20 across five series against India, Pakistan, South Africa and England. This period culminated in Benaud playing a critical role as captain and with the ball in the famous 1961 ‘Tied Test’ series against the West Indies. During his time as captain Australia never lost a series.

Benaud was the first player to reach 2,000 runs and 200 wickets in Test cricket and he retired as Australia’s all time leading wicket taker.

Andy Bichel was one of Queensland’s greatest ever bowlers, forming a lasting partnership at Shield level with Michael Kasprowicz. In Tests, Bichel’s path was often blocked by players such as Glenn McGrath, Jason Gillespie and Brett Lee and he was 12th man 19 times, the same number as actual Tests played.

But when given opportunities, Bichel was a potent bowler at Test and particularly one day level.

His finest moments were probably in the 2003 ODI World Cup in South Africa, where Bichel dug the team out of holes with bat and ball to keep them on track for their third World Cup crown. It was one of the great World Cups by any player.

He had a spectacular seven for 20 against England to restrict them to 204, followed by 34 not out from 36 balls as he partnered Michael Bevan to victory from eight down for 135.

He followed this with an even greater innings against New Zealand, again partnering Bevan, top scoring with 64 from number nine to haul Australia from seven for 84 to a defendable 208.

Then, he scored 19 not out and ten overs for only 18 runs as Australia powered past Sri Lanka in the semi-finals.

Jack Blackham (VIC) (wicket keeper) – 35 Tests. 800 runs at 15.68. 37 catches and 24 stumpings. Cricket Australia Hall of Fame.
Jack Blackham was one of Australia’s first great keepers, holding his spot in the national team for 18 years. He was named a Wisden Cricketer of the Year in 1891 when he was described as “the greatest wicketkeeper the world has yet seen”.

In a very different bowling era, Blackham stumped almost as many batsmen as he caught and mostly stood up to the stumps, with keeping gloves being nothing like those available today and on uneven pitches. He was considered a truly great ‘stumper’ and once completed four stumping in a single test, at Lord’s in 1888.

This quote from his Wisden cricketer of the year article gives some insight into the challenges of keeping in this era: “he was one of the first wicketkeepers who regularly dispensed with a long stop to fast bowling” (while standing up to the stumps).

Blackham was a decent batsman in the pre-WWI era where batting averages were generally lower. He hit four half-centuries, including 74 in only 86 minutes in a record ninth-wicket stand with Jack Gregory in Sydney in 1894-95 – Blackham’s last Test match.

This was a remarkable match, with Australia losing to England by ten runs after scoring 586 in the first innings and enforcing the follow on. It was Australia’s own Adelaide 2006.

Jackson Bird (TAS) (right arm fast medium) – 9 Tests. 34 wickets at 30.64. Best bowling 5 for 59.
The only current player to make this side, Jackson Bird has been a reliable and underrated Test bowler when called upon. Bird has generally been selected only due an injury to whoever the current ‘Big 3’ or ‘Big 4’ are.

As such his opportunities have been limited to nine Tests over nine years. Bird took 21 wickets at just over 25 in his first five Tests but suffered from playing his last two Tests at the MCG, taking four wickets for 267 across them.

Bird appears to have fallen behind James Pattinson, Michael Neser and Jhye Richardson in the back-up pecking order, so future opportunities may be even more limited.

At state level, Bird has been one of the best performers over the last decade with 372 wickets at and elite average and strike rate of 24.42 and 48.4 respectively.

‘Doug the Rug’ might be known more for his hair and his quirkiness, but he was a very good bowler. His statistics from his dozen Test outings are impressive and his 48.0 strike rate is right up there. A perceived lack of fitness after taking one for 130 for the match against England in Adelaide during the disastrous 2010-11 Ashes led to the selectors moving on.

Bollinger was also an effective limited overs bowler, his 39 ODIs bringing 62 wickets at an economy rate of only 4.57 runs per over.

At first class level, Bollinger took over 400 wickets at an average around 28 and provided NSW with great service as a strike bowler.

Next we take on the C Team, with a great middle order and some high quality NSW pace bowlers.

And finally spare a thought for this very solid batting foursome who missed out on the B Team: Peter Burge, Bill Brown, Greg Blewett and Michael Bevan.