If Melbourne United wants any chance of competing and winning games in this year’s NBL play-offs, they need to make Chris Goulding the prime focus in the offence and give him every chance to perform well. Head coach Dean Vickerman needs to ensure the game plan involves better utilising Goulding. His shooting is lethal, and when he can set the tone early his leadership improves, his teammates get more space on the floor and Melbourne United as a team play better.

NBL 2020 hasn’t been the greatest for Melbourne United. They have faced a lot of adversity and challenges during the season having only just made the play-offs on percentage. The players seemed to have lacked chemistry and confidence in each other all throughout their campaign.

However, although this has been the case, one thing has stayed consistent: when Chris Goulding performs well, Melbourne United are in the best position to win the game. For the 2020 season alone this has looked even more likely to be fact rather than just a coincidence. 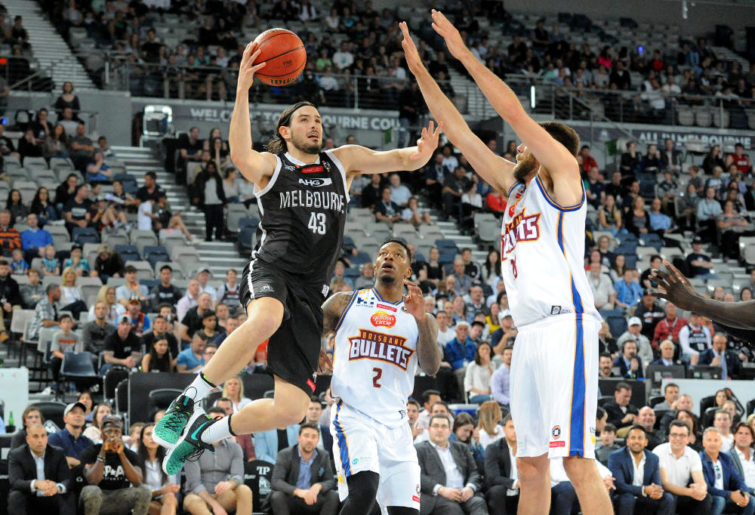 The statistics speak for themselves. Chris Goulding has had 11 games where he has scored 20 points or more. This has resulted in nine wins for Melbourne United. In the 12 losses Goulding has been part of this season he has had fewer than 20 point games in ten of them. In a win this year Goulding averages almost 19 points a game (18.9) and in a loss he averages less than 15 points a game. (14.6)

Goulding doesn’t currently have a contract with Melbourne United for next season, but there’s no question he should be United’s first signing. As a two-time NBL champion and a former NBL finals MVP he’s a proven performer in this league and will be hot property this off-season, with many NBL clubs set to make enquiries on his future, including the Sydney Kings and South East Melbourne Phoenix.

Chris Goulding’s signature is and should be seen as Melbourne United’s most important one. For United to have continued success on and off the court it needs to be their main priority and focus for this upcoming off-season.

As one of the biggest basketball franchises in Australia Melbourne United’s expectations are always set higher than others. They are expected to win a high number of games and always be a chance to win the championship every year.

Melbourne United is Chris Goulding’s team and always should be.