What was at stake apart from viewership numbers?

Anyway, I say this because we are now on the eve of a tour of South Africa that arrives more as a distraction than anything meaningful.

It will consist of three T20s, three ODIs and a grand total of zero Test matches.

It makes what used to be an intense and definitive rivalry more like a stopover. Sure, the return of David Warner and Steve Smith for the first time since the Newlands scandal will gather the requisite interest, but it won’t exactly have the righteous fire that it may have had a few months ago.

If anything, that embarrassing period has only strengthened the side, the culture and the team mentality. It’s not like Warner or Smith have been struggling since returning to the side (Warner’s horrible Ashes notwithstanding).

The lack of Test matches dilutes the meaningfulness of the series, while the chopping and changing of players across different formats lessens the honour of being selected for your country. When there are so many ways to play, and so many times to play, mediocrity will eventually prevail.

Not that this Aussie squad is mediocre – it may be the strongest in years across all formats.

A balanced and in-form batting order complemented by possibly the best bowling attack in the world, backed up by an attitude of dedication, commitment and comradeship instilled by coach Justin Langer. It’s a team we can be proud of, both morally and from a competitive standpoint.

Unfortunately, Cricket Australia – and the ICC to a larger extent – are still struggling to figure out a schedule that shows off the best of these players, and give more series the spotlight instead of just another in a long line of matches that consistently struggle for relevance.

South Africa are coming off a subpar summer against New Zealand and England that culminated in Faf du Plessis’ recent resignation as Test and one-day captain. 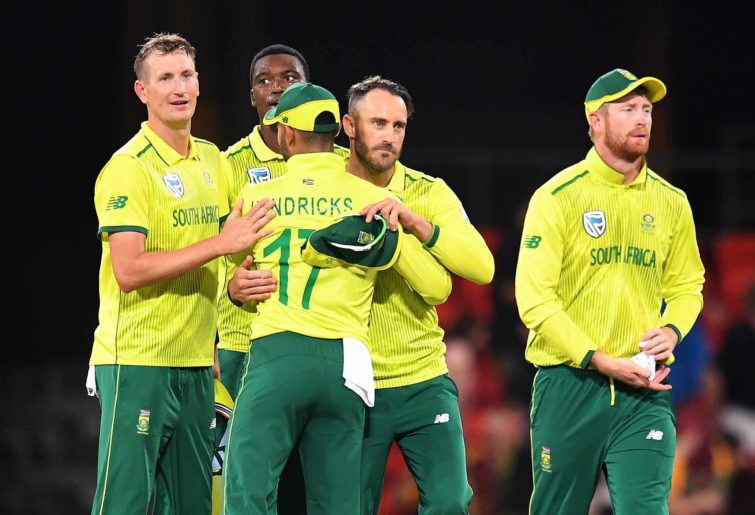 Meanwhile, Australia has been like Dante in The Divine Comedy – in purgatory, waiting for the Big Bash competition to finally end, the Sheffield Shield creaking back to life, and the women’s national team gearing up for the T20 World Cup.

Less is sometimes more, but money matters, and it brings not just more revenue but more crowds. The interest might seem flat but at least there’s a wider scope for that interest to grow.

The slow burn growth of the women’s game certainly helps. Each match carries weight, and with the added exposure it’s becoming more than just a curiosity.

Oddly enough, the newly minted professionalism of the women’s game is perfectly placed to take advantage of the glut of T20 matches, transforming them from frivolous, candy-coated entertainment to the creation of a tradition and emotional resonance.

For so long barely a footnote, the women’s side is in prime position to harness the popularity of T20 without any of the sprawling and intimidating lore of Test and ODI cricket that still defines the majority of the men’s game.

They haven’t had anything else, and now they have this. Do you really think the women’s game – from the players to the coaches, the administrative bodies and broadcasters – would really let this opportunity slip from their grasp?

It’s no longer simply a celebration for women to be front and centre like they are, talent and emotion on full display. There are expectations and competition. Analysis and criticism to come with it. Crossing over from ‘just happy to be here’ to ‘can Alyssa Healy climb out of her worrying form slump’.

It throws into sharp relief the sheer amount of games the men’s team play across all formats, and the reduction of Test matches – they play only two more before next summer, when India once again come down to tour.

The demise of international cricket is grossly unfair and far from happening, but these constant dalliances of a few games here and there create a lack of distinction and engagement that the various governing bodies have to address.