If I asked you to tell me which half-baked ceremony conducted at this year’s Australian Open I’m referring to, you wouldn’t need many guesses.

Tennis Australia had a dilemma on their hands – I certainly did not envy Craig Tilley and his team, tasked with trying to handle the 50th anniversary of the greatest achievement of arguably our greatest ever tennis player.

It felt like whatever the governing body chose to do, they would be doing something wrong.

Not celebrating the 50th anniversary of Margaret Court’s magnificent achievement of winning the Grand Slam would have been a bad look. It’s something Court should be proud of, and on this anniversary, she should be able to celebrate it in her home country with patrons on Rod Laver Arena, her friends and her family.

But things Court has said in recent times have put her at odds with significant sections of tennis fans and Australians in general.

Homophobia is no longer tolerated – and rightfully so. Couples of the same gender can now legally marry across the country. So how can we, as Australians, celebrate a woman who clearly doesn’t care our society has moved on from her views and continues to spread them?

Certainly, it’s confusing. John McEnroe and Martina Navratilova – legends of the game in their own right though perhaps not quite as revered as Court – were confused why the governing body of tennis in this country were celebrating Court.

They know about her achievements. But they didn’t seem to care. They felt, as many fans concurred with on social media before, during and after Court’s ceremony the things she has said are so hurtful that she should no longer be welcome in a community that is trying to be as inclusive as possible and grow the game.

It certainly wasn’t a coincidence their protest was staged on the Australian Open’s secondary stadium that is adorned with Court’s name. 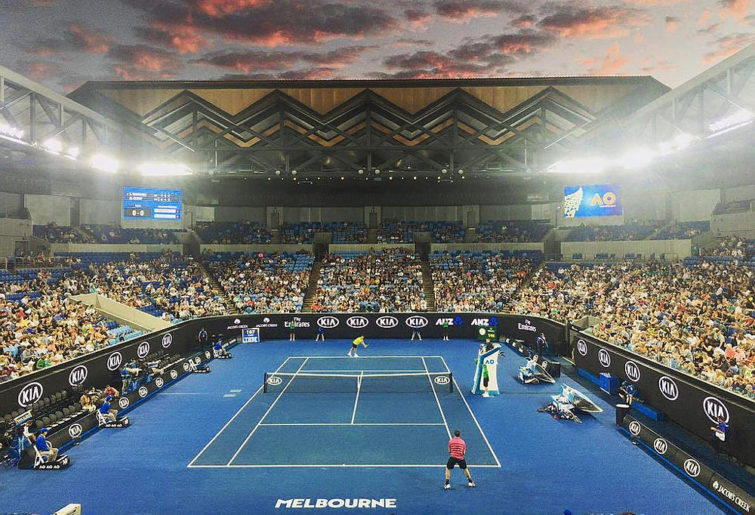 They, along with many fans, believe the arena should no longer bear the name of someone who has a damaging influence.

TA were half-in, half-out. They conducted a ceremony for Margaret Court’s anniversary, but they did not allow her a platform to speak.

The crowd inside Rod Laver Arena, waiting to see the latest stop on the Nick Kyrgios redemption tour, didn’t know what to make of the event. Journalists reported hearing scattered applause but no booing. Even without booing, it’s safe to assume the fans didn’t approve of this.

The larger tennis community no longer approves of Margaret Court. I agree with these sentiments and I agree with John McEnroe and Martina Navratilova.