For years, the blue- and orange-shirt trainers have been running wild and unrestrained across NRL.

That they have been uncontrolled in spite of strict rules demanding limitation of where they can roam has caused exasperation from fans everywhere.

Finally – following an incident where one of these feral menaces interfered with the play in the 2019 grand final – the obvious risks and issues of this troublesome breed finally caught the attention of the authorities at NRL HQ.

However, the reaction of those who run the National Rugby League suggested that they didn’t understand that there were actually already rules in place to prevent the scourge. That is in spite of their own operations manual having detailed rules specifically for that purpose.

Was this a case of mass amnesia? Illiteracy? Or were there deeper forces at play? 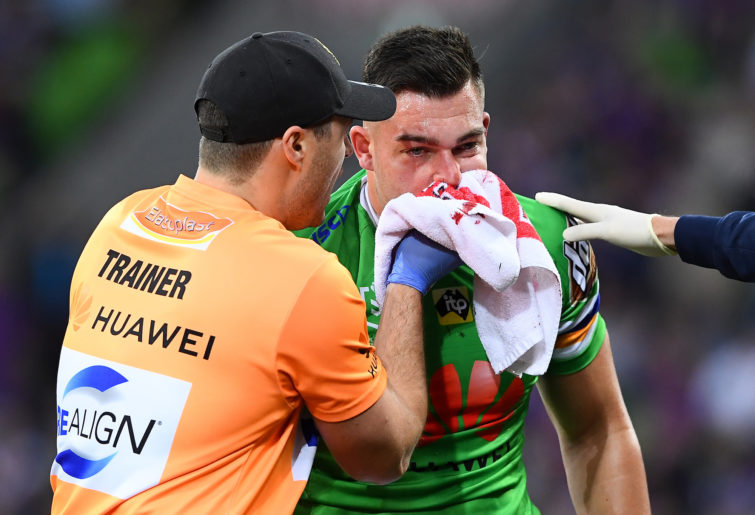 Just last week the mystery deepened further, when rather than just replacing the operations manager Nathan McGuirk with an administrator who will actually enforce the existing and very clear rules, the NRL brains trust instead decided to create additional new rules for trainers.

Blue-shirt trainers will continue to be able to enter the field of play on an unrestricted basis following a try being scored, to facilitate an interchange of players, while a video referee decision is pending, during an injury time out called by the referee and prior to a drop out restart, per the existing operational procedure. When facilitating and interchange of players, blue-shirt trainers must only access the playing field when the player entering the game is with the NRL interchange official and about to take the field and immediately leave the field of play once the interchange has been completed.

There are a few references within these new rules that are mystifying. Let me go through them one by one.

“Orange-shirt trainers will no longer be able to remain on the field behind the play to monitor players.”

However, the rules have never allowed the orange-shirt trainers to remain on the field behind the play to monitor players. Very spooky.

“Currently, blue-shirt trainers… must leave the field at the completion of the fourth tackle.”

But this stipulation has never been written in the NRL operations manual. The plot thickens.

But the biggest mystery in regard to these two additions is that two of the very first rules on trainers in the existing NRL operations manual – if actually enforced – make both completely unnecessary.

1.43.2
In all cases when trainers enter the field of play to either attend to an injured player, carry water, or deliver individual messages, they must immediately leave the field once their assigned task has been completed and return to the players bench. Trainers must remain within the bench area until their team regains possession or until they accompany an interchange player and the interchange official to the touchline in preparation to effect an interchange. There are no other circumstances under which it is permissible for trainers to move away from the bench area.

1.43.3
At all times Trainers must enter and leave the field as quickly as possible (i.e. running) without interfering with play.

All the trainer rules are included in this article.

Why the NRL saw any need to introduce extra rules when enforcing the existing ones was all that was necessary is baffling.

How Peter V’landys and the other ARLC board members could even countenance having their time wasted discussing the issue – when the bleedingly obvious answer is to just get competent officials who will actually enforce the existing rules – is a total mystery.

But maybe that is too obvious an answer. Maybe there is a deeper reason with dark forces at play, with someone benefiting from allowing the trainers to run wild.

But who? And what was the benefit to justify such a needless risk that would expose those in charge as incompetent buffoons when a trainer inevitably interfered with a game?

Following in the footsteps of Nancy Drew, the Famous Five and the Scooby Doo Gang, I have endeavoured for years to unravel the puzzle. I have lived in hope that I will solve it someday by something like pulling a mask off Todd Greenberg’s head to discover that it is actually Alfie Langer, posing as the CEO of the NRL so he can make sure that no one stops him continuing to run on the field with his beloved Broncos.

I mean, think about it, we’ve never seen them together.

And Alfie would yell out something as he was led away handcuffed by the authorities like, “I would have got away with it to, if it weren’t for you meddling kids!” 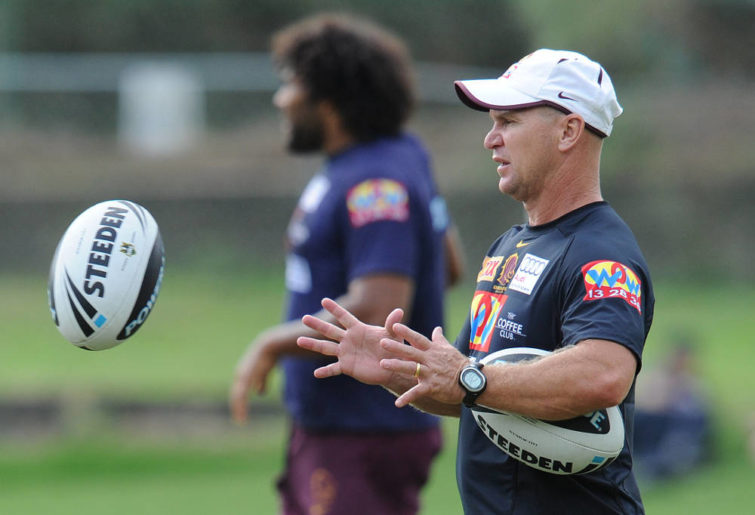 We’d then find the real Todd Greenberg locked up, emaciated and shivering in a basement somewhere in Ipswich, being forced to watch replays of the 1989 State of Origin series on constant repeat.

However, I have had no such breakthrough and this key question still remains without answer: What was the benefit to the NRL from allowing the trainers virtually unfettered access to the playing field?

Just like “what is the sound of one hand clapping?” and “If a tree falls in the forest, does anybody hear?” and “Will the golden retriever ever stop eating?’, “Why did the NRL take such a stupid and needless risk with trainers?” is a question without answer.

It remains a total mystery.

All we have is the NRL’s chief mouthpiece and propagandist, Graham Annesley, fronting up and trying to make out that his organisation is not to blame for the problem proliferating, that other people are responsible for it and that they’re now going to stamp it out because it’s what the fans wants and the NRL – of course – is on the side of the fans.

“We understand that coaches want to get messages out there whenever they feel the need, but we have to find a better balance.

“We intend to strictly enforce the new rules. If there is a breach, there will be fines in place with penalties increasing for repeat offenders.

With all due respect Graham, spare us this utter pile of rubbish.

You and your mob were continually warned of the risks for years and you did absolutely nothing about it, while also totally ignoring the outcries from the fans.

Stop treating us like idiots and take some damn responsibility.