It was a mantra that was frequent before any political campaign, and a phrase that perfectly fitted the necessity for improvement. Coming into the new decade, the late ’90s were arguably the most frustrating span in franchise history.

The Celtics mystique was dead.

You could not find optimism anywhere, not in the coaching staff, not in front office, not through the fans, only in the building blocks for the franchise revival, in the tandem of Antoine Walker and Paul Pierce.

Paul Pierce, the hardworking two-way player, was coming of an impressive rookie season where he was top ten in three-point percentage, and about to finish his sophomore season second in steals.

But then there’s Antoine Walker, who shared a slightly different work ethic and mindset to Pierce, but who was one of the most naturally talented power forwards to play the game. He was an incredibly gifted player whose name has become rather forgettable for the simple fact that he was just not as motivated to become the best basketball player that he could be. 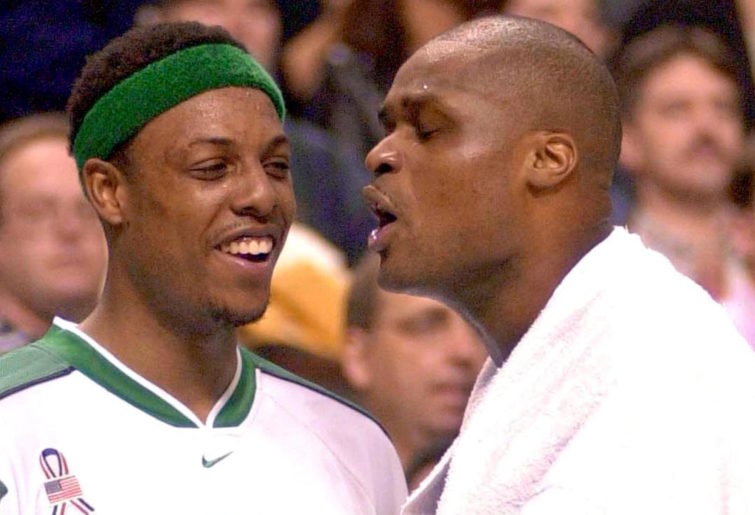 Regardless, Walker was undoubtedly still really good. He just came off the 1999 NBA Live cover. At the time NBA Live was today’s NBA 2K. But he seemed to never really care about defence. He would launch jumpers from everywhere. He was practically a shooting guard in a power forward’s body. When asked why – as a six-foot-nine, 270-pound-plus player – he shot so many threes, he jokingly responded while also outlining his true mindset: “because there are no fours”.

But fans don’t usually criticise their franchise player first, especially fans that have been longing for marquee talent for over a decade.

No, fans focused their disappointment at the coach Rick Pitino and his rigid coaching style. Pitino was an undeniable success for Kentucky, but just not a people person, failing to manage NBA personalities. He would later become evidence that knowing the Xs and Os is not the only requirement for a head coach.

Apart from Pierce and Walker, the Celtics possessed Kenny Anderson, an explosive ball handler who was honestly trying his best to have a positive impact on a team, but struggling to come to terms that he wasn’t and would never be the player he used to be.

Those three players were the only ones to average over ten points per game that season. That was a shocking fact for the year.

Unfortunately trading for Danny Fortson, an undersized centre without hops but who could still snatch boards and who started 55 games, didn’t prevent the sinking ship of a 35-47 season.

To tip off another disappointing year, rumours swirled about whether Paul Pierce and Antoine Walker would abandon the ship with trade demands.