While Steve Smith and his teammates this week recalled the horror of Jo’burg in 2018 following the Cape Town ball-tampering scandal, du Plessis’ role following the incident has been mostly forgotten. Few on these shores recall how the fourth Test of that series transpired because, essentially, it didn’t matter.

The only story of any importance (or so it seemed) was the moral downfall of our nation’s cricketers. Smith, David Warner and Cameron Bancroft were handed bans and sent home from Jo’burg, but there was still a Test to be played.

Granted, most would remember the fourth Test as one in which Tim Paine was spectacularly elevated to captaincy, while sharper cricket minds might recall Matt Renshaw, Joe Burns and Chadd Sayers being parachuted in as cover for the banned trio, but little else. It was a Test match that Australians want to erase, preferably via some Orwellian rewriting of the history books.

Du Plessis, however, has happier memories, and will recall it as the time he ground Australia into the dirt. His second-innings 120 in Jo’burg helped build an outrageous lead of 611 against the Aussies, a mentally disintegrating process that set up a 492-run victory – the largest Test win (in runs) since 1934. It was a needless battering, but for South Africa and most of the cricketing world, a revenge-inspired performance that was revelled in. 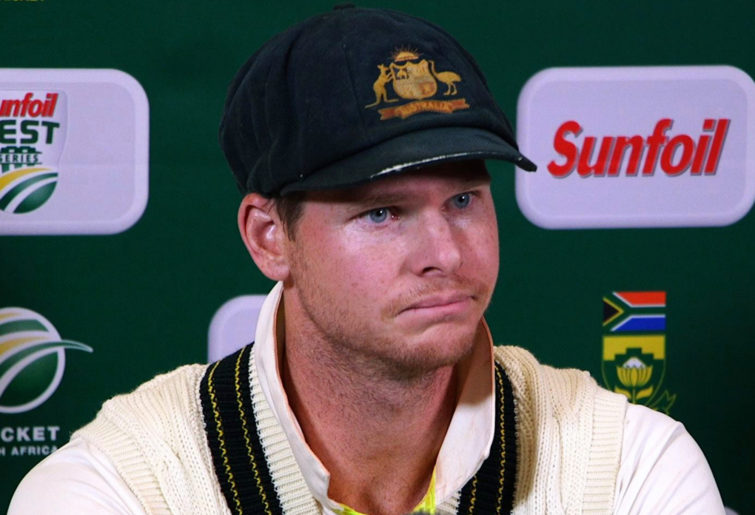 The performance was symbolic of du Plessis’ mindset against Australia, a nation that always seemed to extract his best performances at international level. Over the years, the harder the Aussies have tried against him, the better he has become.

For example, in 2016 he became public enemy number one in the lead-up to the Adelaide Test after being found guilty of ball tampering in the week prior. Booed relentlessly among a hostile crowd, he scored a memorable unbeaten 118 with typical confidence.

His record against Australia is outstanding: du Plessis has scored more runs against them than any other country. Three of his nine Test tons and five of 12 ODI tons have come against the Aussies. In his last Test innings against them, he reached three figures. In his last two ODI innings (at last year’s World Cup and in Hobart 2018) he similarly recorded centuries.

He is also the only South African captain to have won home and away series against Australia in both Tests and ODIs. So when the Australians stepped off the plane last weekend for back-to-back T20 and ODI series, he might well have smiled to himself.

However, it has been a tough few months for du Plessis, after leading South Africa through a poor World Cup campaign then heavy series losses to India (3-0) and England (3-1). Through these series he has averaged just 20.93 with the bat.

He has since handed Test and T20 captaincy reigns to Quinton de Kock and at 35 has admitted 2020 might be his last, the T20 World Cup in October a possible swan song. But despite entering the twilight of his career, there’s little to suggest he can’t play a big role in the shorter formats throughout this year. 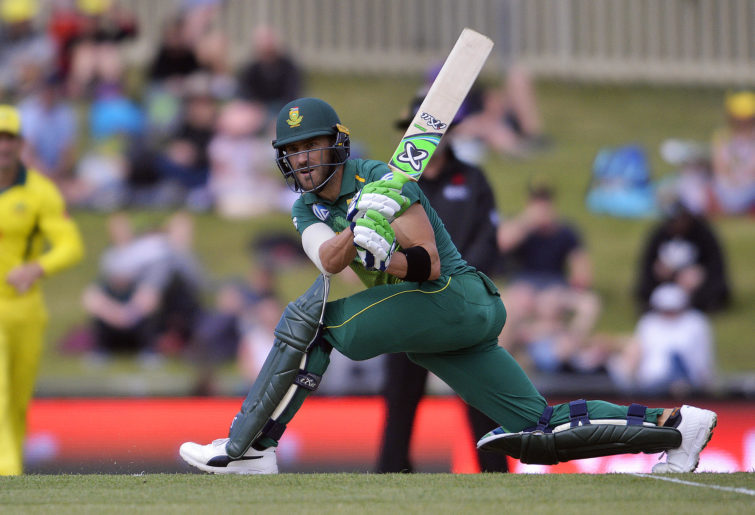 And the 35-year-old could slot straight in as opener in the first game on Saturday morning (3am AEDT) after Temba Bavuma strained his hamstring against England. Bavuma and de Kock were brilliant in the recent three-game series against England with opening stands of 48, 92 and 84, but the injury has forced him out of the opener. Du Plessis has spent the last two seasons in the IPL as opener for Chennai Super Kings, and de Kock could ask for his former skipper to bat alongside him.

The Proteas narrowly went down 2-1 to England in the recently concluded T20 series. The competitive series saw the home side surpass 200 in both their losses, highlighting the hitting power on show.

Given the Aussies haven’t played a T20 international since November, de Kock will fancy getting the early jump in this series. And given du Plessis’ history against the Aussies, don’t be surprised if he’s right in amongst the runs yet again. 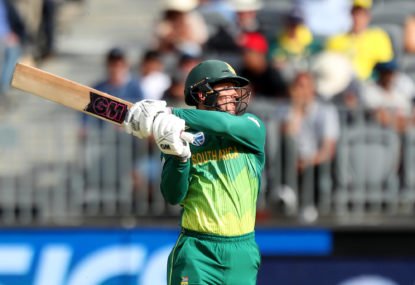