But as their tour of SA starts today, with the first T20I, Australia face a cricketing nation arguably at its lowest ebb since being re-admitted to international cricket nearly 30 years ago.

So brilliant have South Africa been over that period that it’s hard to remember a time when they were genuinely vulnerable. While they are far from easy-beats in any format, the Proteas clearly have been wounded by losing a glut of talented players to retirement and Kolpak deals in the past two years.

They have won just 14 of their past 35 matches across all formats, including a rank performance at the 2019 World Cup, and series losses at home against England in both Tests and T20Is this past month.

SA were uncharacteristically meek in those Tests versus England, who came into that series in awful form. In the previous year in Tests, England had lost a series to the weak West Indies, been bowled out for 85 by minnows Ireland, were unable to retain the Ashes at home, and then got thumped in New Zealand.

Yet an England Test side also ravaged by illness and injury bullied the Proteas in their own backyard, thrashing them 3-1. That included three consecutive lopsided results as England won by 189 runs, an innings and 53 runs, and 191 runs.

That was SA’s most comprehensive Test series loss at home since they were belted 3-0 by Australia 15 years ago. It came soon after their dismal effort in the World Cup, where they crashed out early by winning just one of their first seven matches.

This all represents a deep form trough for a side which has been arguably the world’s strongest cricketing nation over the past 15 years. 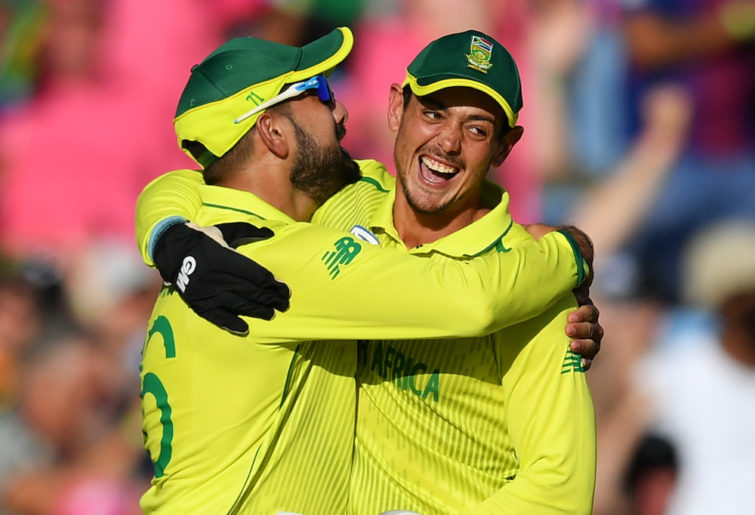 That includes three T20I series wins in a row – one in India, followed by home wins against Pakistan and Sri Lanka. The Aussies should, then, be warm favourites to win the three-match T20I series against SA.

But there’s something about playing Australia that draws the best out of the Proteas, who have long seen the Aussies as their biggest rivals. In recent times SA have dominated this southern hemisphere battle. Over the past four years, the Proteas have a commanding 15-5 win-loss record against Australia across all formats.

That has included some crushing wins, like the 5-0 ODI drubbing in 2016, the jolting 2-1 Test win in Australia later that year and, above all, the humiliating 3-1 Test pounding in the sandpaper series nearly two years ago.

Australia, then, could be battling some mental demons on this tour. The Proteas have run roughshod over them for years now. And T20Is are SA’s strongest format at present. Over the past two years the Proteas have a good win-loss record of 10-6 in the shortest format and competed strongly this month against England in a thrilling series.

With the bat they have captain Quinton de Kock in career-best form and brutal striker David Miller waiting to unleash in the middle order. On the bowling front, SA boast a quality pace unit of Kagiso Rabada, Dale Steyn, Lungi Ngidi and Andile Phehlukwayo, the world’s highest-ranked T20I fast bowler.

It may have been a rough 18 months for the Proteas, but they loom as a dangerous opponent for the in-form Aussies.