Australia is currently ranked seventh in world rugby. If rugby bashing were a sport, it would rank first, with daylight second.

Much of the damage comes from within, amplified by journalists and commentators acting like picadors eagerly lancing an already wounded bull.

Since the high-water mark of World Cup triumph in 1999 and the successful hosting of the 2003 event, an era when Bledisloe Cup matches played to huge live and television audiences, rugby has not only slipped from the consciousness of many casual fans but has also disenchanted many true believers.

Of the many reasons for this, a few stand out.

To illustrate the final point, following the Rebels win last week against the Waratahs, a reporter from The Age completed his match report, added quotes from the two coaches at their press conference and filed his copy.

Yet on Saturday morning the Rebels’ third win in ten years against Australia’s largest rugby state was deemed so inconsequential that it warranted no mention – not even a paragraph in the short bullet-point coverage given to so-called lesser sports. 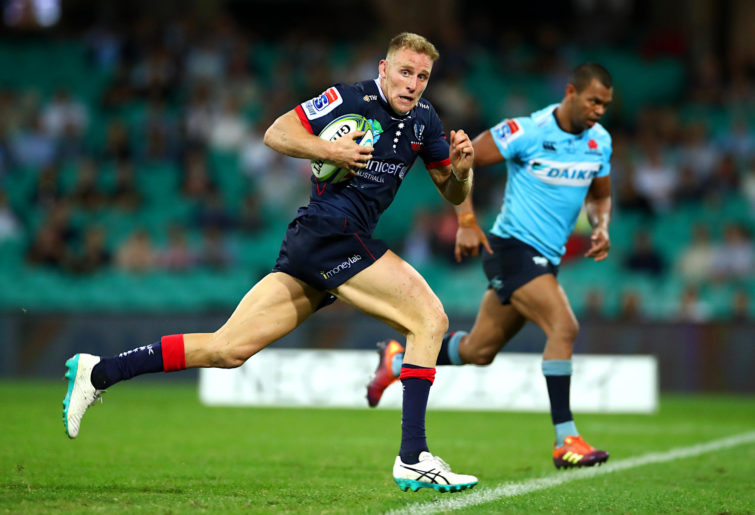 Other complaints relate to the game itself – too boring, dominated by referees, too many scrums, too many mauls et cetera. However, just like any sport, rugby is no different in delivering frustration, controversy and beauty. France 27 defeating Wales 23 was a tremendous match, Scotland 17 defeating Italy 0 – two flawed sides – was a dud. Where is the crisis in that?

I’d defy anyone to watch the Crusaders 33-13 win against the Highlanders on Friday night and articulate what is wrong with rugby. Both sides played with pace, intent, physicality and skill from start to finish, ensuring great entertainment for a near sell-out crowd.

The way Crusaders centre Jack Goodhue drew three defenders to him before releasing Tom Christie for a 19th-minute try was superb, as was the reply, a superb bullet pass four minutes later from Josh Ioane for Michael Collins to score in the corner.

There is little inherently wrong with the game. That it is so difficult to recall the last time there was a similar spectacle featuring two Australian sides speaks only to what has been ailing the Australian game.

Whether it is because of culture, coaching or lack of competition for places, there is a whole generation of players who have been left behind by advancement in other rugby nations. It is wrong to claim that Australian rugby is doing nothing about this, and the continued co-operation of the Super Rugby franchises, recent performances at under-20 and schoolboy level and the injection of a new coaching and selection team for the Wallabies all point to a brighter future.

Further, all who witnessed the Brumbies address the need to find more urgency and daring in their game and turn that into a comprehensive 26-14 win over the unbeaten Chiefs in Hamilton know that the negativity is grossly overstated.

Logic dictates that progress will continue to be a gradual, non-linear process. A key point of difference between New Zealand and Australian players over the last 15 years – rugby instinct – cannot be taught after a player graduates into a Super Rugby franchise. Innate rugby IP must be acquired early and accumulate throughout a player’s development.

It is disingenuous of commentators to point to individual results and correlate that to a further decline in Australian rugby. Decline in rugby and decline in the support for rugby are two different things.

It is here where lines are blurred between the reporting and analysis of what is actually occurring, and being an agent of and partly responsible for the gloom that pervades rugby. If you kick a dog often enough and hard enough, at some point that dog is going to believe that it is unworthy.

Those frustrated by misinformation and muckraking that passes for rugby coverage in Australia’s media are often advised to ignore it. This would be fine if the negative coverage was balanced by positive (it isn’t) or didn’t play such an important role in shaping the general narrative around the sport.

Opinions are formed from what is reported in the mainstream media – whether or not such reports are arrant nonsense (Israel Folau walked away with an $8 million settlement from Rugby Australia), or misguided (it is possible for Australia to support a domestic professional rugby competition that would retain leading players in Australia).

No better example was provided last Thursday by news.com.au reporter Nic Savage in an article tastefully entitled ‘Super Rugby 2020: The biggest eyesore in Australian sport’. No hyperbole there.

Savage tossed together a grab-bag of issues – the Folau saga, the Wallabies’ quarter-final exit at the World Cup, Quade Cooper, Will Genia and Bernard Foley “abandoning” Super Rugby and a “tumultuous twelve months off the field” – to conclude that these were “inevitably taking its toll” and responsible for Australian franchises once again performing poorly at the start of this season.

Savage pointed to the decline in matchday crowds for Australian franchises in 2020 but, because it didn’t suit his narrative, failed to provide the context that the Waratahs had played only one home match (in Newcastle) and the Reds none.

Little wonder that reader comments below the article were uniformly ill-informed (all sic, comments in brackets are mine).

“I think Ticky Forrest, is an even bigger problem. He wants to start a rival rugby union Franchise of his teams. Given the fact, he tried to negotiate with Raelene Castle to keep the Western Force going, and he, was going to pay some serious money to Rugby Australia, to keep that team going. She knocked back his offer, and shut the franchise down (hard to know where to start with that one)”

“These days the only reason the people go to a game is to protest or complain about LBGT rights or something (wonder what the ‘something’ is?)”

“So many red and yellow cards, all of which have an enormous impact on the game, just look at the Brumbies versus Highlanders game last weekend (the yellow card to Sio Tomkinson was condemned only because his shoulder charge to the head actually met the red card threshold)”

“The Force has decent crowds, but Castle opted for the TV money option of keeping the Rebels (the decision to cut the Force from Super Rugby was taken long before Raelene Castle was appointed CEO)”

“Castles has destroyed this great game in Australia”

Anti-establishment mouthpiece Alan Jones continues to pepper his weekly tirades with contradiction and ill logic. It shouldn’t matter, yet he damages the game because people, too many of them, believe this stuff and repeat it as gospel.

On Friday, writing in The Australian, Jones lamented another failing of Rugby Australia, the signing of 16-year-old Kings School, Parramatta, rugby player Joseph Sualli by NRL side South Sydney.

In the same article Jones called for an immediate divorce from SANZAAR but failed to explain how the resultant drop in revenue would make it near impossible for Rugby Australia to retain Sualli and other schoolboy talents in the face of competition from big-spending rugby league scouts. Go figure.

Jones also called for Australian rugby to “embrace New Zealand as we did years ago when Australian provinces ruled the world”. Exactly which years were they? And is New Zealand really waiting to be embraced?

In 2017 Sydney Morning Herald journalist Malcolm Knox hit the funny bone with his description of Super Rugby as “Unleaded Rugby”. In case the message was missed the first time Knox was at it again on Friday, repeating the same joke three more times before determining that the solution for Australian rugby was “for it to become a game shaped by, responsive to, and designed for Australia”.

If we can’t beat others at rugby, instead of working together to get better let’s just invent a different game to play among ourselves.

Knox pointed to rugby’s “international pretensions”, a sneering way to describe a sport which has been truly international since 1871 and recently conducted a World Cup in Japan that drew over 400,000 international visitors and generated US$450 million in revenue for World Rugby and the tournament hosts.

Like others, Knox touts a domestic solution, although his suggestion of “an autonomous breakaway competition, such as Andrew Forrest has proposed, might represent its (rugby’s) only feasible future”, seems at odds with this. The logic of Australia withdrawing from a competition containing many of the world’s leading players, including rugby’s two powerhouse nations, to join a competition which features players of vastly inferior standard playing in China being more palatable for Australian audiences is baffling.

Soccer has long struggled to establish a firm professional foothold in Australia. The world’s best players and Australia’s best players play in far richer overseas leagues. But note how when overseas clubs visit Australia for exhibition matches hundreds of thousands of fans flock to these games for a glimpse of star international players.

Consider Kylian Mbappe, goal scorer for France in their 4-2 win over Croatia in the final of the 2018 football World Cup. Were he and his Paris Saint-Germain side playing Melbourne Victory this weekend, TV and print media would almost certainly be full of anticipation for his appearance, not gloomy stories about Victory’s lowly ladder position and the A-League’s dire TV ratings.

Like Mbappe, Makazole Mapimpi was a try scorer for the Springboks in their World Cup final win over England. Yet Mapimpi, a magnificent athlete whose finishing pace and power was largely the difference between the Sharks and the Rebels, slipped in and out of Ballarat without anyone seeming to know or care.

It is not the role of media to cheerlead for a sport. But where Australian rugby is concerned, it has become too easy for lazy journalists and editors to dog whistle to audiences who neither know nor care their opinions are based on ignorance and dumbed-down misinformation, lack rigour and feed into a self-fulfilling prophecy that rugby is in a death spiral.

Included in the 400,000 rugby fans visiting Japan for the World Cup were 35,000 Australians. They, along with many thousands of other rugby fans, club members and players, understand that Australian rugby faces stern challenges, but they continue to derive enjoyment from the sport.

These people deserve rugby coverage that is an honest and reasoned account of good and bad, and which celebrates what the game provides.