Hold the presses, Queensland is in line for a $36.2 billion jobs, export and tourism bonanza if it secures the 2032 South East Queensland (SEQ) Olympics and Paralympics.

But wait, it gets better. It shows the Games could be delivered for just $4.45 billion, a figure entirely covered by $2.5 billion in International Olympic Committee (IOC) grants, plus ticket sales and sponsorship.

It’s really enough to start measuring the Queen Street Mall to have it re-laid in gold, such will be the undoubted riches that will flow to the Sunshine State from this fantabulous opportunity.

For those catching up, the Queensland government with support from the federal government, plus a range of local government mayors, all of whom will be long gone by the time the event arrives, are proposing to host the 2032 Olympics across venues throughout Brisbane, the Gold and Sunshine Coasts and presumably Ipswich and Moreton Bay as well.

However, before we get too carried away, perhaps we should look at recent Olympic cities. Let’s go back to Sydney in 2000. In no particular order, Cathy Freeman made us proud, Roy and HG made us laugh and Bruce McAvaney made us cringe. 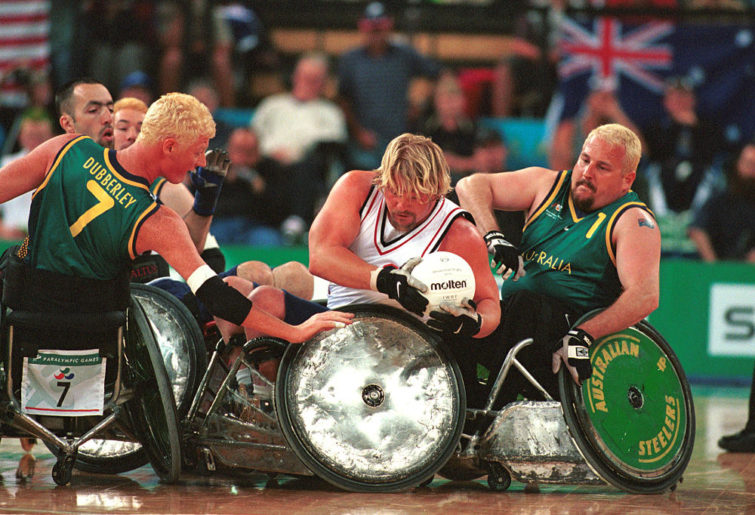 At a budgeted cost of $3.2 billion, the Sydney Olympics came in at $AUD6.9 billion. Now is a timely moment to cast our minds back to the $4.45 billion suggested cost of the 2032 games.

But let’s go more recently. The 2012 London Olympics came in at $US14.96 billion, the Rio Olympics $US4.56 billion, and this year, when all of the receipts are collected, the tab for the Tokyo Olympics could reach as much as $US26 billion. That’s just over 3.5 times greater than the initial budget of $7.3 billion. In fact, since 1960, the Summer Olympic Games have had an average cost overrun of 156 per cent.

Yet before we even put the proverbial shovels in the ground, the SEQ bid will need to also invest millions of dollars in submitting its bid for the 2032 Games. With all the costs this incurs – planning, travel, consultants – the bill for putting together a bid has consistently landed between $USD50 million and $USD100 million over the past two decades.

Before Tokyo won the hosting rights for 2020 – the bid for which came in at around $USD75 – it splashed in the region of $150 million on a failed attempt for 2016. Toronto, on the other hand, decided it could not afford to make a play for 2024.

Of course, the usual supporting arguments are being thrown out: investment in infrastructure, public transport and a legacy of sporting facilities that will be enjoyed for generations to come. Fast rail access connecting Brisbane, the Gold and Sunshine Coasts, done.

That lack of affordable inner-city housing, can you say athletes’ village? An inner-city beach volleyball centre of excellence, sure, why not?

It’s a well-worn path to tie the Games to much-needed infrastructure, justified by the expectation that the spending will outlive the Olympic Games. But facilities which are purpose-built for an Olympics but have hardly any post-event use are an issue.

While yes, the State government document claims that 80 per cent of the venues are already in place or could be “delivered through temporary overlay solutions”, last I recall, SEQ lacked a white-water rafting course, a baseball and softball stadium, or an elite equestrian facility and plenty of others to fill out the 300-plus events associated with a Summer Olympic Games.

One such facility purpose-built for the Rio Olympics was the tennis centre, with a 10,000-seat court as its centrepiece. The tennis facility remains, in the decaying and now closed Rio Olympic Park precinct.

The two build phases of Sydney’s Olympic Stadium in Homebush cost a combined $AUD770 million. Let’s also not forget, it’s about to be renovated at a further cost of $810 million, which still won’t solve its biggest problem: the fact it’s in Homebush.

In other cases – Beijing, Rio, Athens – you have expensive stadiums which now sit rarely used or even derelict.

We also need to keep in mind the area which could have otherwise benefitted from spending which went to hosting the Games, as well as the debt burden which can be left in the event’s wake. It took Montreal until 2006 to completely rid itself of the 1976 Games debt, while the cost of Athens 2004 contributed to Greece’s financial collapse. 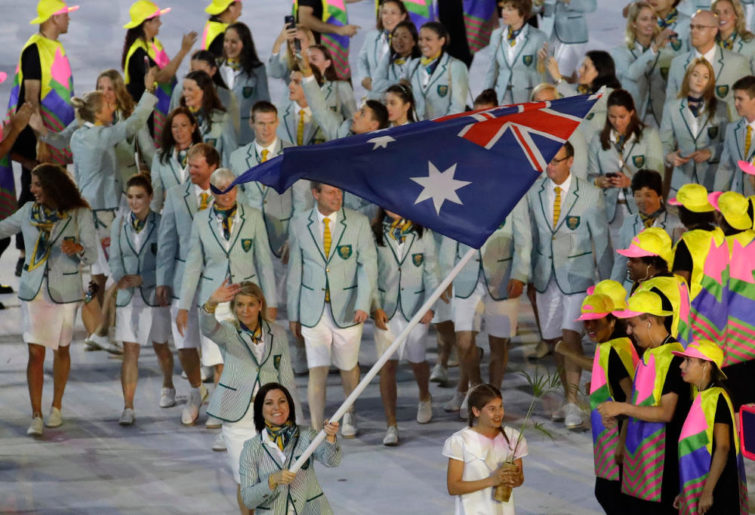 The economic benefits of hosting the games – predominantly through job creation and tourism – are often touted by impact studies done by or on behalf of host cities, not unlike the Queensland state government report. These claims rarely stack up, however.

Take the Salt Lake City Winter Games. The 2002 event provided a short-term boost of seven thousand additional jobs and no long-term increase in employment. Or how about London 2012. While 48,000 temporary jobs were created then, the vast majority went to people who were already employed.

Of course, the Queensland state government also points to the $10 billion in international tourism spending that will dutifully flow from the 2032 Games. Economists have found that the impact on tourism is mixed, as the security, crowding, and higher prices that the Olympics bring dissuade many visitors.

Barcelona benefitted from increased tourism following the 1992 Games, as did Sydney, albeit on a slighter scale. Yet London went in the other direction, suffering a downturn in visitors in 2012.

We should acknowledge that the state government report helpfully highlights the IOC’s so-called New Norm, which makes hosting the Games much cheaper for bid cities. No, it’s not another Cheers spinoff, the New Norm is “an ambitious set of 118 reforms that reimagines how the Olympics are presented”.

According to the IOC, these changes will save Summer Olympic host cities as much as $1 billion in hosting costs. I’m sure the Rio Olympic organisers would have welcomed a $1 billion saving. It may have allowed the now vacant and abandoned swimming centre to remain open for another few years. 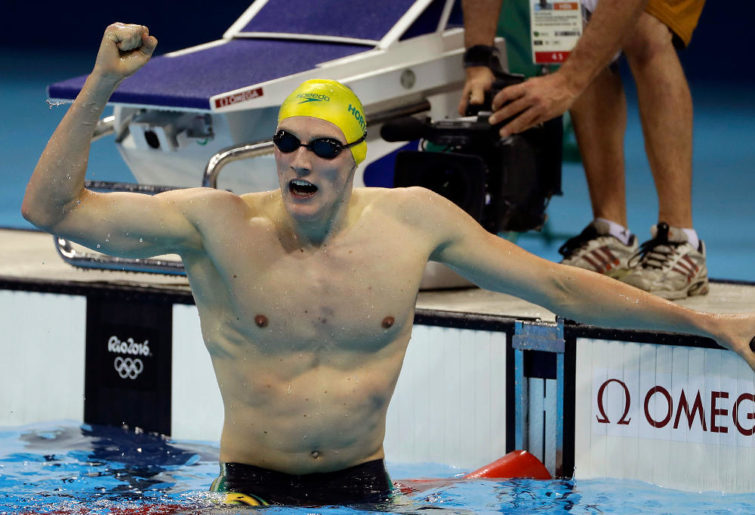 In fairness, there are some sound suggestions in the New Norm, it’s just that a lot of them are awfully similar to the 117 recommendations the IOC produced in 2003 to “inherent size, complexity and cost of staging the Olympic Games in the future”. Based on the experience since, they didn’t have the desired effect.

It’s also worth considering the recent lessons of cities bidding to host the Olympic Games. Both Stockholm and Oslo pulled out of bids to host the 2022 Winter Games for financial reasons, while Boston did the same for the 2024 Summer Games, mayor Marty Walsh saying that he would “refuse to mortgage the future of the city away”.

The 2024 finalists – Budapest, Hamburg and Rome – also withdrew with finances playing a part in each city’s decision, leaving only Los Angeles and Paris. In an unprecedented move, given the lack of candidates, the IOC chose the 2024 and 2028 venues simultaneously in 2017, with Paris (2024) and Los Angeles (2028) taking turns hosting.

If the obvious contradictions between the state government forecasts and the recent history of the Games aren’t sufficient proof of the futility of this exercise, then perhaps we should ask the question as to why South East Queensland would even want to participate.

Make no mistake, this is no longer just a spectacle of athletic prowess and global harmony. The IOC has turned the Olympics into a commercial bonanza.

Though the IOC has been periodically tarnished by scandal – the aftermath of the Rio Olympics was embroiled in a vote-buying controversy – those embarrassments divert us from a deeper problem: the organisation is fundamentally elitist, and crassly commercial at its core.

In Rio, more than 400 kilometres of VIP traffic lanes were reserved not just for athletes and IOC luminaries but also for corporate sponsors.

Incidentally, those IOC luminaries – the 400-plus ‘volunteer’ IOC members, who received free lodging, free business class travel, use of a driver and most of their meals free at one reception or VIP lounge or another – also received a daily allowance of US$450 (A$670). For the IOC’s 14 executive board members other than the IOC president, that was US$900 (A$1345) per day.

Meanwhile, the 50,000 local and foreign volunteers – without whom the Rio Olympics could not have taken place – paid for their own travel and lodging, getting only cheap uniforms and some food in return.

So please, premier Palaszczuk and others, show some common sense. Hosting a bloated, over-commercialised two-week event, at a cost that will almost certainly far exceed any figure you put forward, is a recipe for disaster.

We know you love the great state of Queensland. Show just how much you love it by leaving the Games hosting to cities that are led by those who are stupid enough to, and focus instead on delivering the services and facilities your constituents actually need.