The biggest players in the AFL will be a part of the match, with Patrick Dangerfield, Dustin Martin, Elliot Yeo, Patrick Cripps, Scott Pendlebury, and Marcus Bontempelli all confirmed to take the field in front of a near sell-out, with over 46,000 tickets already sold. Damien Hardwick will coach Victoria and John Longmire will coach the All-Stars.

The last legitimate State of Origin match was witnessed by over 69,000 people. Names like Steven Silvagni, Anthony Koutoufides, and Matthew Lloyd played for Victoria, led by Robert Walls, and battled against Mark Ricciuto, Warren Tredrea and Peter Burgoyne for South Australia, led by Graham Cornes. Spectators packed into a damp MCG to see Victoria defeat South Australia under lights.

The 2020 revamp of the Origin game will most likely be more akin to the 2008 exhibition game played between Victoria and the Dream Team. However, it is welcoming to hear the words ‘State of Origin’ and ‘AFL’ in the same sentence. 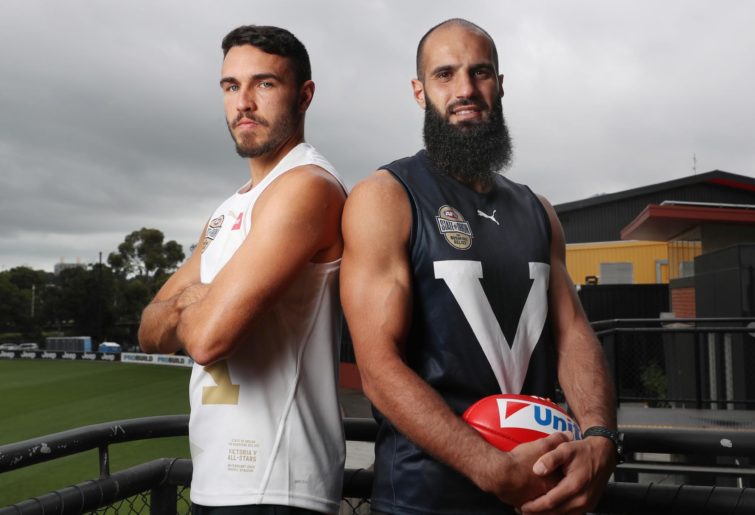 The night’s festivities will be hosted by broadcasting royalty, with Fox Sports’s Eddie McGuire and Channel Seven’s Bruce McAvaney joining forces on air for their first match together since 1987. Anthony Hudson and Brian Taylor will share the play-by-play calling duties.

The unanimous support the AFL Players Association threw behind the cause resulted in a great deal of humility from the players involved, who have regarded it as an honour to be selected for their respective sides, and on top of that the players are just as excited to play with and against the biggest talent the AFL has to offer.

In addition, various players outlined not only their joy for the opportunity to compete with the best but also their ringing endorsement of State of Origin to return on a permanent basis.

“It’s definitely something I think is worth pursuing,” Stephen Coniglio said, while Marcus Bontempelli added: “Players always look forward to opportunities like that [playing with players from other teams], so we’ll see what happens.”

When the players talk the AFL generally listens.

Somewhat playful sledging is reportedly commonplace among the game’s elite ahead of Friday’s match, with Brodie Grundy saying, “Scott Pendlebury likes to talk a lot of dribble, he reckons he might finally get some good service next week.

“Darcy Moore said he can’t wait to tell me that I sleep with the lights on, so it’s already begun.”

Although these comments are all tongue-in-cheek, they do generate excitement for the game. It suggests it may be a bit more competitive than other exhibition matches we’ve seen in the past, which were predominantly relaxed, non-competitive and comedy fuelled.

I think we have all seen and know what will happen if someone like Patrick Dangerfield gets his competitive juices flowing and finds himself against an equally ruthless James Sicily. Fireworks.

The game itself most likely won’t display the intense defensive mastery or the screw-tightening pressure we’re now accustomed to, and nor will it illustrate tactical and in-depth game plans and strategy, but it will be entertainment. It will be a spectacle. And it will be fun.

My prediction is it will mainly be a fluent, high-scoring affair up until the last quarter. The gameplay will then become more visibly rigid and scoring will become slightly restricted as players become more keen to play for victory.

Regardless of the result, it is all for a great cause, and one all involved can be proud of. Credit is due to the AFL for planning the charitable shindig, which will no doubt put a smile on not only the players and coaches faces but also encourage and support those in the community affected by the destructive bushfires.