Perth travel to the Hunter, Victory and Adelaide re-ignite a famous rivalry and battlers Central Coast and Western United meet at GMHBA Stadium.

The final fixture of the weekend holds great interest with Brisbane having the chance to prove their credentials against third-placed City.

Round 21 also nominally includes the Sydney versus Wellington clash that was bumped to make room for the rescheduled Sydney derby, but won’t be played until March 18.

After a disappointing week where equalising goals to both Melbourne Victory and Brisbane Roar destroyed my round, the tipping table could well have taken on a new look. However, thanks to mediocre tipping all round, it has not and my single-match lead remains intact for the time being.

Be sure to enter your tips into the sheet below and have a say as the ever-important voice of the crowd. In what looks a tricky weekend, your input could swing things the way of the people and help them draw level at the top of the ladder.

Here are the thoughts of the panel on all the action coming our way this weekend.

Hard to see how Sydney FC fail to win the derby. They made a heavy slog of beating the Mariners last weekend but still managed to shift through the gears when it counted, and they’ll be fired up for this clash in front of a big crowd at Kogarah. Wanderers might have turned a corner, but they won’t win here.

It’s time for the Jets to stand up and be counted. They’ve been buoyed by the arrival of new coach Carl Robinson, while Joe Ledley and Bernie Ibini are both smart signings, even if Ledley won’t play here. Glory could be forgiven for having a host of other problems on their mind. This looks like Newcastle’s to lose.

It’s been one step forward, two steps back for the Victory all season. Just when you think they’ve sorted out their season-long issues, they go away and turn in another poor performance. The Reds will be looking to put last weekend’s mauling behind them and they can virtually end Victory’s campaign here.

Remember when Western United were destined for the finals? That seems like an eternity ago now. They were outclassed by the Phoenix in Wellington last weekend and there’s little to suggest they’re capable of turning things around in Geelong. Central Coast are stubborn, but can they get on the score sheet?

I can’t remember the last time Melbourne City even played, which doesn’t say much for the A-League’s story lines this season. They’re a handy enough side under Erick Mombaerts but they’ve got a decidedly soft underbelly. Brisbane Roar are as tough as nails under Robbie Fowler, and I reckon they’ll nick this.

The games are coming thick and fast for a Sydney FC side that has been hampered by a haphazard schedule of late. They’ve pretty much got the premiership wrapped up but the Phoenix will provide a genuine test here. This one could be a grand final dress rehearsal, and it’s likely to finish all square.

Sydney should have at least earned a point from the opening Sydney derby of the season at Bankwest Stadium. The Wanderers started well but Sydney were the better side for much of the contest. The boys in blue will not let the same happen again and should win on their home deck.

I took the Jets last week and was getting a little excited at half time. Sadly, Ola Toivonen did what he does best and provided the spark for Victory. Who knows where the minds of the Jets players will be after the events of this week and their owner Tony Sage. I’m confused by this match. Tony Popovic galvanising time, I say, and Perth to win.

I’m curious to see how many ninth-placed Victory fans make the trip to Marvel Stadium when their team faces the Reds. I hope many do, because after the shemozzle that was the defensive effort against the Wanderers, Adelaide will succumb once again in the original rivalry.

Two sinking ships meet when the Mariners travel to Geelong to face Western United and few people are going to be enthused about this match. It is pretty much a last chance for the new club. Another loss could see them as many as eight points outside the top six and with zero chance of the finals. However, they will enjoy their first win for some time against a Central Coast side that does much better at home than on the road.

Melbourne City had a rest last week and the good version of them will turn up at home against the Roar, says the man with zero confidence in his Brisbane tip after they got me again last week. While City have appeared to be limping home recently, their quality cannot be questioned and Brisbane’s consistent run of form is due to come to an end. City by three goals.

Sydney grapple with the quality of Wellington at Kogarah in what is looming as a heck of a busy time for the champions. This could be one of the matches of the season and will be decided by the touch of class possessed by Adam le Fondre and Kosta Barbarouses in the Sydney attacking third.

Just when I thought I’d seen everything this summer we now have wild baboons running through Sydney’s streets. No wonder I can’t concentrate on my tipping.

The Sydney derby, henceforward to be known as the baboon derby, kicks things off on Friday. Sydney FC got the job done against the Mariners thanks to newbies Marco Tilio and Harry Van der Saag. Western Sydney coach Jean-Paul de Marigny walked into the stadium last week only to realise he’d left the game plan in the car. Who cares? If you win 5-2 you are doing something right. Sydney to win a close one.

The worst thing about Perth’s sale to LFE falling through is having to toss out a bunch of perfectly good crypto-puns. The Glory have put in two decent away performances of late, the 0-1 loss in the ACL and a 1-1 draw to Brisbane. Tony Popovic’s game plan is a bit crypt-ic these days and might prove to be crypto-nite to Newcastle’s superman, Dimi Petratos. Perth to seal Newcastle in the crypt.

Melbourne Victory would have been happy with their second half effort against Newcastle, especially after a brave mid-week ACL loss. Adelaide were opened up against the Wanderers but I can’t see coach Gertjan Verbeek letting that happen again. Draw.

Melbourne City come off the back of an away loss to Wellington and will have to fight hard at AAMI to overcome a tough Brisbane Roar. The home-ground advantage should be the difference here.

But wait there’s more. Six games this round. Sydney FC host Wellington in what should be a cracking game. Can you remember in the early days when Sydney had a bit of red on their blue jerseys? That combination was the same colour as a baboon’s backside and it’s high time they brought it back. Baboons 2, Phoenix 1.

It’s a belated hype, but yet again it’s derby day!

I predicted we’d see an upset two weeks ago, and I’m backing myself in. The Wanderers will use the derby to reignite their charge for the finals, and they’ll shock Sydney here.

Saturday’s first game features two sides who’ve been in the news quite frequently these last couple of weeks, Newcastle due to their positive signings of duo Bernie Ibini and Joe Ledley, and Perth due to their dealings with the London Football Exchange. I’m going to take a ride on the upset train and pick Newcastle to take the points here.

Saturday’s prime time slot has Victory hosting Adelaide in the original rivalry. Both teams are in putrid form and it could very well be a case of which plays worse. I think we’ll see both teams’ desperation for a win cancel the other out, leading to neither side getting the three points.

Sunday’s fixtures open with Western United hosting Central Coast in a match that is a must-win for the Green and Black, which means they’ll be losing it. I don’t have a vendetta against Western United, they just aren’t as good as everyone hyped them up earlier in the season. With word that Mark Rudan has lost the dressing room, and general angst among the very young fan base, alarms are absolutely sounding.

Central Coast need to start winning some of these honourable losses, last week holding the champions for 88 minutes before a last-gasp capitulation made Sydney’s win look like a smashing. Mariners to win in Geelong.

Last but not least, Melbourne City are back from the bye and have the somewhat in-form Brisbane in their cross hairs. City have been the perennial under-performers since their inception, and it’s starting to look like same old City, always disappointing as they dropped to third during their bye week. Brisbane stole a draw from Perth in front of a packed Dolphin Stadium last weekend, but I don’t expect them to repeat their tenacity on a trip to AAMI Park. City to win in a fierce contest. 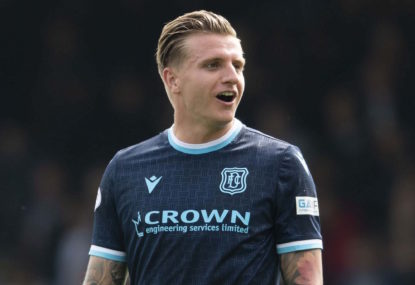 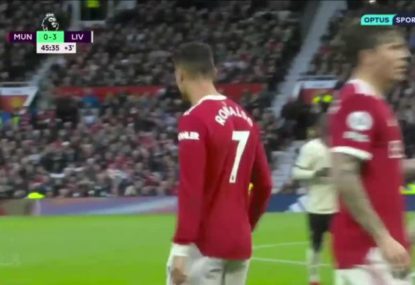 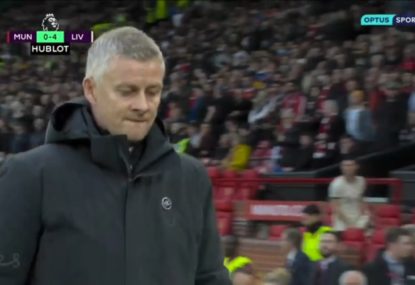