The future of the longest format has been the subject of debate since the rise of popular T20 leagues over the last decade coincided with dwindling crowds at Test matches outside cricket hotbeds Australia and England.

Officials view day-night Tests as having the potential to reverse the trend.

“I am a big fan of Test cricket, to me Test cricket is still the ultimate and we’ve got to keep the game fresh, people enjoying it,” McGrath said. 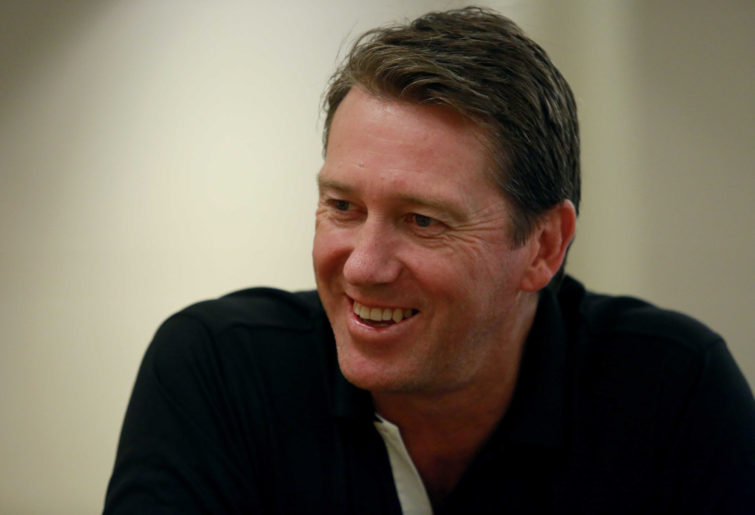 “T20 has taken the world by storm, it is bringing a lot more people to cricket and that is brilliant and hopefully that will filter into Test cricket.”

The International Cricket Council (ICC), the sport’s world governing body, is also set to discuss the idea of reducing Test matches by a day to free up a crowded international calendar.

But McGrath, who took 563 wickets from 124 matches, is not in favour of having four-day Tests.

“We have got to keep Test cricket alive and moving forward and positive and people coming to the game. And, to me, the way to do that is day-night Test cricket,” he said.

“I’m very much a traditionalist – five days, that’s Test cricket to me.

“But if we can bring something new that keeps people coming to the game, then that’s brilliant. Day-night cricket is that, it brings different challenges.”