The RBB’s homophobic online slur – posted on Wednesday afternoon, deleted the next morning and not worth repeating here – forced the Western Sydney Wanderers to make an official apology on Thursday.

And we shouldn’t kid ourselves that the RBB’s deliberate choice of words wasn’t intended to offend.

It absolutely was, and the universal condemnation that followed was the only reaction the RBB could have expected.

The fan group’s subsequent non-apology suggests they simply don’t care, and in an ideal world the admins of the RBB account would be forced to hand over the log-in details to someone who isn’t prone to making incessant schoolyard slurs.

That won’t happen though, and instead a fan group with a long-standing persecution complex will complain about being persecuted for their own offensive behaviour. 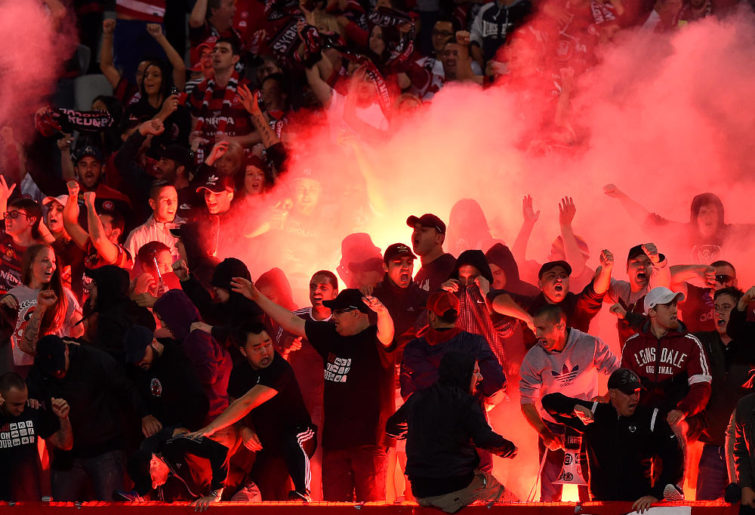 However – and it’s important to acknowledge this – it’s not all RBB members who behave this way. And judging by the number of Wanderers supporters who bemoaned the social media posts, those who feel comfortable making such divisive remarks are clearly in the minority.

And here’s the kicker: haven’t Sydney FC fans long been associated with an offensive chant of their own?

It may not be as prominent as it once was whenever the Sky Blues play Melbourne Victory, but there’s no denying it’s a sentiment widely shared by the Sydney FC support.

It’s easy to cast the first stone, but it’s not quite so convincing when your fan-base has their own skeletons in the closet.

At least tonight’s derby should be as explosive on the pitch as it will be off it, after the Wanderers stunned Sydney FC 1-0 when the two sides met at a packed Bankwest Stadium in Round 3.

The defending champions were aggrieved to have lost that match, and it remains Sydney FC’s only league defeat of the season so far.

Former Western Sydney midfielder Alexander Baumjohann has lit the touchpaper ahead of the return fixture, telling AAP journalist Ed Jackson he doesn’t care what Wanderers fans think of him.

“It is normal when you change from one side to the other in the city,” Baumjohann said of facing his former club.

“Not everyone is happy but I also said this before, I don’t care about them, the most important thing is that our fans love me and this is what I care about.”

The German is the ultimate luxury player, but unfortunately for Wanderers fans he’s proved more than capable of bamboozling a defence this season. 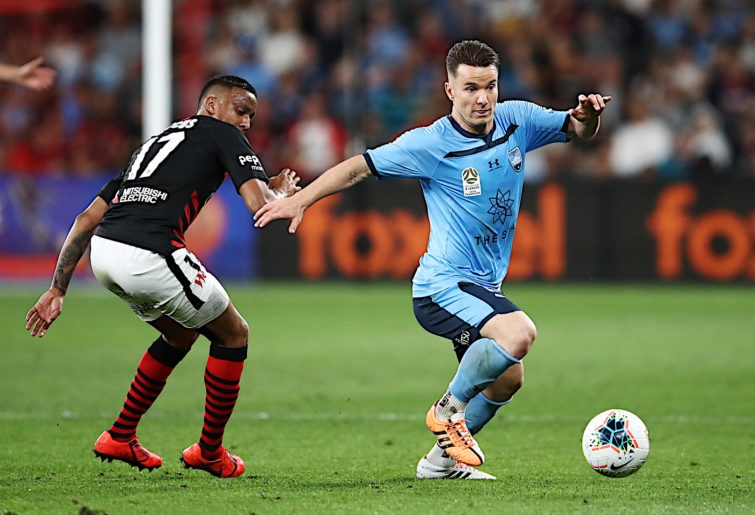 However, Western Sydney’s 5-2 thrashing of Adelaide United last Friday night may well have unlocked the shackles for Jean-Paul de Marigny’s side, and there’s no doubt the visitors will be fired up for the first ever meeting of the two city rivals in Kogarah.

The build-up to the derby was already bubbling away before torrential rain forced its postponement three weeks ago, and it will be interesting to see how Jubilee Stadium handles such a high-profile fixture.

There’s been a bit of an online clamour for Sydney FC to move permanently to Kogarah, but as atmospheric as it is to play in such a compact stadium, I have a feeling the ground’s limitations might be on full display tonight.

With its grass hills and limited undercover seating, it’s not the easiest venue should the rain start to fall.

Perhaps that’s exactly what the derby needs after a typical build-up that threatens to boil over at the first sign of trouble.

Here’s hoping the two sides settle their differences where it counts and we can talk about the performance of the players on the pitch, instead of having to analyse idiotic banter off it.