One of these sides lacks experience in almost every way, while the other have been a perennial struggler, and still won’t improve enough to play finals footy for the first time in years.

When it comes to playing finals footy, there are few clubs who have been as consistent as Brisbane. They almost always find a way to be there at the business end of the season.

In fact, the only times the Broncos have missed the finals this century were in 2013 and 2010, although the last two campaigns might as well be added to the list after heavy first-week exits against the Dragons in 2018, and Parramatta last year by a stunning 58-0.

But they come into the new season with many of the issues they faced last time around, only potentially greater and tougher to deal with.

Anthony Seibold has still not impressed as a coach outside of the strong side he had at Souths, and even then, it could be argued he misused that side to within an inch of its life, while Brisbane’s lack of experience across the paddock is alarming.

Their recruitment has done nothing to address this, and while the positives of a very strong forward pack are there, that’s offset by the lack of experience in it, as well as a major lack of depth once past the top 17, with only a couple of players in the squad able to be played in those positions should injury or suspension strike.

Team overview
As mentioned, the Broncos side is very skinny on experience. Darius Boyd, Anthony Milford, Corey Oates and Alex Glenn head up the list, but arguably, Glenn and Boyd may not be in the starting 13 if they didn’t hold those positions.

Boyd, potentially shuffled out to the wing as a result of his own form and the need to play Jamayne Isaako and Anthony Milford in key positions, will be intriguing in that he simply must be better than he was last year.

Then there is the issue of Andrew McCullough needing to start, when form of the last 12 months and future aspirations would otherwise have Jake Turpin in the nine jersey.

Speaking of the lack of experience, and the pressure on Brodie Croft is immense in 2020. He is an inexperienced half who is likely down on confidence after being dropped by Melbourne before making his way north.

He will undoubtedly line up though, as will Anthony Milford next to him, while Corey Oates, Jack Bird and Kotoni Staggs pick themselves, but will be under the pump with plenty of depth in the back line.

As mentioned, Brisbane’s forward depth outside the top 17 is woeful. The starting and bench pack pick themselves, virtually because there are no replacements, not helped by the off-season losses of Matt Gillett and Shaun Fensom among others.

Strengths
As much as their forward depth is going to be a thorn in the side, their starting pack – when it fires – is unbelievably strong.

Payne Haas and David Fifita were revelations last year, while Matt Lodge (once he returns from injury) could push for an Origin gig this year.

Their bench, on paper, could also be one of the stronger ones if it clicks, with Joe Ofahengaue, Thomas Flegler and probably Patrick Carrigan likely to start at a lot of other clubs.

If Croft (and more on this in a moment) can control this team, then Anthony Milford also becomes a strength. At his best, he is absolutely damaging, but we haven’t seen that for some time, because he has been trying to play a role that puts him in charge of the side’s attacking structures.

Weaknesses
Brisbane’s big problem last year was a controller in the halves, allowing Milford to play his own game, but at just 22 and coming out of a system where he was always second fiddle, whether Croft has the tools to guide the forward pack around remains to be seen.

The pressure on him to carry out a role that reverses Brisbane’s attacking fortunes, at a club where fans don’t take lack of success for an answer, will be enormous.

That being said, their defence will also need to up its game. It was strong on occasion last year, but the consistency wasn’t there.

Often, Brisbane’s much talked-about pack would fall asleep and let easy points in. That, or the edges would struggle to contain, and that could be an issue again, with Darius Boyd on one side and Corey Oates – who often struggles under the high ball – on the other.

Defensively, a good controller at the back is pivotal. Most premiership teams have had a fullback who knows how to position his team – think Billy Slater or James Tedesco. Jamayne Isaako, though talented, still has a lot to prove in that area.

Apart from the fact the Broncos play Souths, Parramatta, Melbourne and the Roosters twice, their fixture run is about as good as it gets.

Playing 13 games at home thanks to Magic Round helps, but they only have two substantial blocks of the season where they spend lots of time away (Rounds 3 to 9, and 13 to 18), before playing five of their last seven at home.

If the Broncos are going to finish down the bottom, the fixtures won’t be an excuse, although finishing the season on a double-header of the Storm (away) and Roosters (home) could be both a blessing and a curse – a blessing if they are already in the finals and need some tough games, and a curse if they need two from two to make the eight.

For so long, the Knights have struggled at the wrong end of the table, and while last year was supposed to bring an enormous change in fortunes, it did anything but.

Instead of bringing finals footy to the Hunter, Nathan Brown found himself out of a job, the Knights found themselves falling flat on their face with no motivation, and back to the drawing board ahead of 2020.

Now, Adam O’Brien comes in to manage the side – a side with a lot of youth and potential – but a side who aren’t expected to do amazing things. 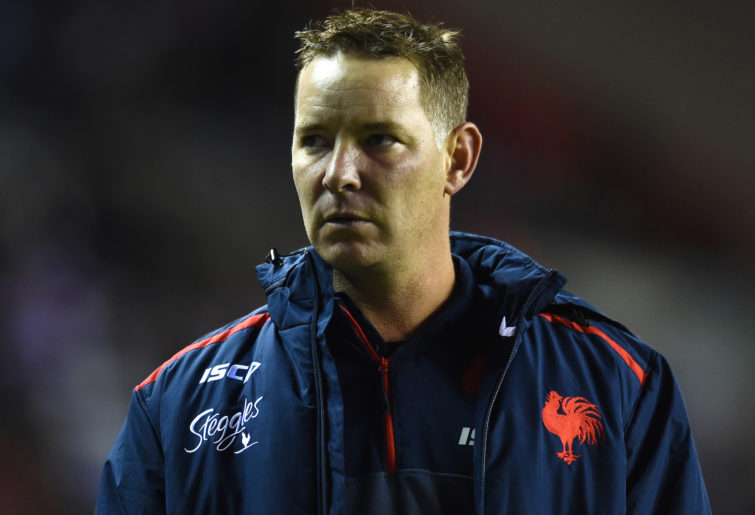 They have one of the most talented players in the game on their books, but he put in a poor 2019, they have talented forwards, but they clicked in and out of games, and a back line that leaves plenty to be desired.

The Knights will need a mighty effort to turn things around, and whether they can looks unlikely in the short term, with a similar finish to last year – where they lost all momentum and were blown out 54-10 on the final day of the season by Penrith – in the pipeline again.

Team overview
The Newcastle side is very much up in the air across a number of positions. While Kalyn Ponga, Mitchell Pearce and the recruited Jayden Brailey are locked into the spine, Mason Lino could be under the pump from Kurt Mann, Connor Watson or outrageous talent Phoenix Crossland.

Edrick Lee and Hymel Hunt are similarly likely certain starters in the back five thanks to their 2019 seasons, while Tautau Moga and Bradman Best will have to fend off competition for the centre spots from Enari Tuala and the arriving Gehamat Shibasaki – Best is injured at the current time.

When it comes to the forwards, David Klemmer and Tim Glasby will lead the way with Lachlan Fitzgibbon, Daniel Saifiti and Mitch Barnett all set to start. It means Herman Ese’ese, Josh King, Aidan Guerra, Sione Mata’utia, Jacob Saifiti and Pasami Saulo will battle for the remaining bench spots.

Should Watson land a starting role, it’s likely the utility spot would fall to Kurt Mann.

Strengths
The immediate strength that comes to mind for Newcastle is their kicking game. Pearce is one of the most consistent in the competition, while Lino will add plenty.

Where they pick up is the ability of Brailey to kick the ball out of dummy half, something they lacked last time around.

Brailey is a great signing for the club, with the young hooker capable of playing big minutes. Not only will he add to their kicking game, but he should be able to work in with a good forward pack, providing consistent service of the ball in the right spots.

Their other big area of strength should be that of fullback. Kalyn Ponga hasn’t hit his potential yet, but when he does, it’ll be a sight for sore eyes in Newcastle as he plays around second-phase play from the likes of Klemmer, Glasby and Fitzgibbon, creating time and space for the youngster to use his acceleration, speed and footwork.

Weaknesses
Defence has been an area of weakness for the Knights for some years, and could continue to be so as we head into the new season.

The forwards all have the technical capabilities to be very strong at that end of the park, but so often, defensive structures depend on good coaching and a good fullback. Neither O’Brien or Ponga have proven themselves yet in that area, and so it’s tough to identify why the Knights will improve on their record of being fourth-worst last season.

Their is also a weakness in the outside backs, which, of course, directly impacts the defensive ranking of a side. Newcastle don’t have a settled line or great defenders out wide, with Edrick Lee susceptible, and their centres all jostling for position.

On top of that, while all thee players named in those outside positions are serviceable, none of them will set the world on fire in attack, so the likes of Pearce and Ponga will need to be creating some incredibly good opportunities for Newcastle to keep the points ticking.

If the Knights can make their home in the Hunter a fortress, then Novocastrians are going to have a lot of fun through the middle third of the season, when the side play six out of eight at home.

Difficult away runs on either side make their season a little more complicated, and momentum could be lacking.

What they don’t have, though, is a difficult list of teams to play twice, with only Conulla, South Sydney, Manly and Brisbane included from last year’s top eight.

Part 1: The bottom two
Part 2: Rounding out the bottom four