The outspoken Cornes who spent much of his career under the guidance of Williams penned an interesting article last week with the strong belief his former mentor should still be involved at the top level.

The 2004 premiership coach would clearly love to still be involved at AFL level and addressed his predicament with Cornes on SEN radio last Friday.

“It is difficult to get a job over 60, but it’s not impossible. I suppose people see me as different, and there’s no doubt that I am. If you keep doing the same thing, you’ll get the same results. If you go for safe choices, you’re probably going to get vanilla results”

A results-driven business
Rightly or wrongly, when clubs are looking to appoint a senior coach they tend to gravitate towards success.

Appointing someone with recent premiership or finals success seems to tick the boxes. Often poaching an assistant coach who has been part of a successful football program is the way to go.

It’s an understandable mindset for a club languishing at the bottom of the table. The rationale that some of the magic from a top team will rub off on us if we hire one of their employees.

Hawthorn is the best recent example of this. Various assistant coaches that have worked in that environment now occupy the top job at other AFL clubs.

All spent time working under the tutelage of Alastair Clarkson. Three of those are now premiership coaches.

The cold hard stats
Choco has plenty of supporters in his corner and has won plenty of plaudits throughout his coaching career. He got them even recently at GWS and Richmond where he worked in a development role for four seasons until the end of 2016.

We have seen various articles and interviews on the relationship Williams forged with Dustin Martin and the significant role Williams played in the development of the Tigers superstar.

The 61-year-old has always been highly rated for his ability to teach the fundamentals of the game. Perhaps not surprisingly as he is a qualified teacher.

So why hasn’t Mark Williams been given another chance? It seems too simplistic the media narrative that it is due to his age or personality traits that scare away potential suitors. 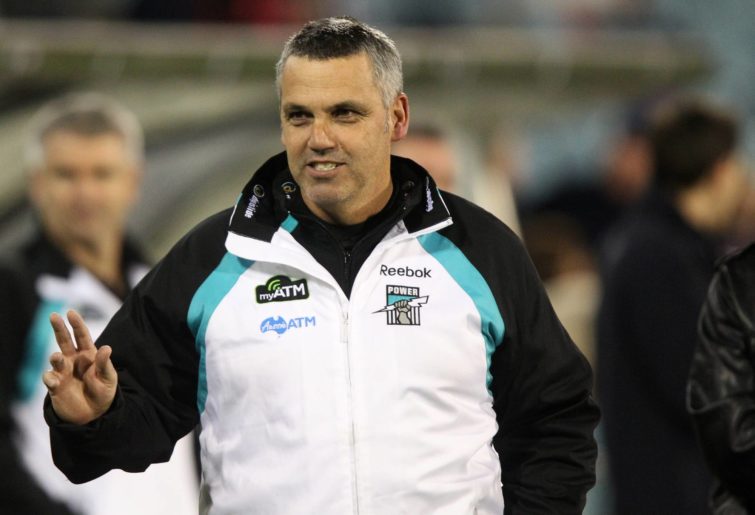 It surely comes down to a decade of results. The 2004 Port Adelaide premiership is the crowning coaching achievement for Williams and while a wonderful accomplishment, it is now ancient history.

The 2007 season is the last time the premiership coach was involved at an AFL club that won a final. Many footy fans only really remember the grand final that saw Port narrowly defeated by 20 goals.

The reality of professional sport is that it’s often the coach who is held most accountable for unsatisfactory results.

The harsh reality of a record losing margin in the grand final followed by three poor seasons not playing finals footy. This probably isn’t going to warrant clubs knocking the door down to hire you as the senior coach.

Ready and willing
Throughout the year we will hear football identities and players continue to endorse Choco. Advocating for an AFL team to draw on his vast football experience in some capacity.

In September 2018 Williams signed a three-year deal to coach Werribee at VFL level. Last year a positive year as Werribee qualified for finals, narrowly losing the Semi Final to Essendon.

It appears the door is firmly closed on returning as an AFL senior coach. However another successful campaign at VFL level in 2020 might reignite some interest from AFL clubs to have Mark Williams contribute to their club in some way.