Just like other sports, following the bushfires, Netball Australia were quick to announce a fundraising initiative, the most notable being the game this Sunday between the Australian Diamonds and a Suncorp Super Netball All Star team.

It’s a unique concept that will see players from across the globe come together to play a game against the top-ranked Diamonds.

While this game has been given plenty of coverage, with Channel Nine committing to broadcasting this game live, it is just one component of a wider strategy that will see players from across the Suncorp Super Netball competition continue to support those impacted on an ongoing basis.

One such player is Sam Poolman from Giants Netball, who this Saturday will be holding an 11s development day. The event will feature 30 teams from Woy Woy all the way to Taree and Tamworth and every area in between. Despite the scale of the idea, it has come together very quickly.

“I got an email from Netball Australia asking if I would want to take part in their fundraising initiative and we started to think about how I could be involved and how that might look,” says Poolman.

It was late on a Friday afternoon and Poolman was asked if she was interested in running a clinic, given Poolman spends plenty of time away from the court doing just that through her Aspire programs.

While Poolman was very keen on the idea, she wanted to make sure that she could ensure that the netball community came together collectively on this and filled any potential gap that needed filling.

“This space is the start of representative netball for young girls and it’s when they begin to represent their association. Rather than being team-based, it is squad-based and it’s a wonderful chance for associations to begin developing their younger netballers.”

The next challenge in bringing this to life was that given the challenges many people have faced throughout this bushfire season, she had concerns that emails might not get responded to. Additionally, netball season hasn’t started yet so she was worried her concept would fall through the cracks. So then Poolman picked up the phone. 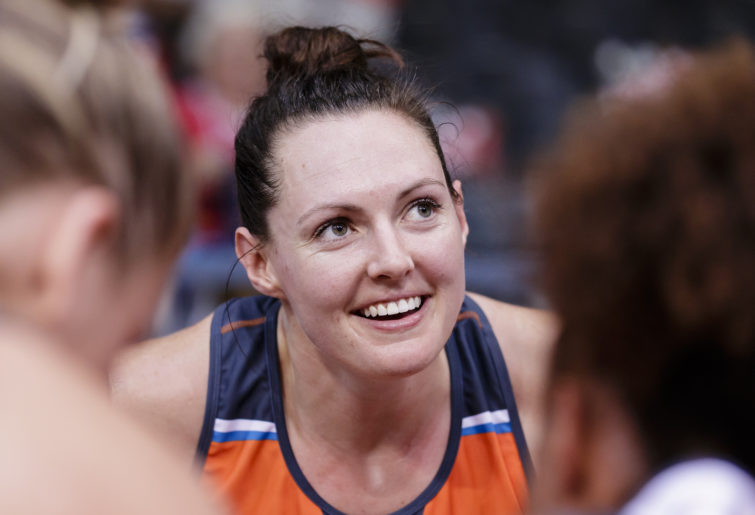 “I called 22 netball association presidents in the Hunter and Central Coast Regions and wanted them to know we could be part of something together as a sport. This was not only a chance to fundraise, but also develop our players umpires and coaches at the same time. Every single one of them said yes.”

Since then, each association has been of great support to Poolman in organising her clinic, which will include two components. The first will see all the players come together, wearing a white shirt and black shorts to remove their links to their respective associations and the hierarchy that can exist among young women. Then they will be mixed up and given the opportunity to train together. The second part of the day will feature a round-robin competition between the various teams.

There will also be mentoring for umpires and the players as well as an umpiring workshop.

In organising this event, Poolman has once again been reminded of the capacity for people to come together in challenging circumstances and be generous towards others. There was no greater example of this than the president of the Great Lakes association.

This association represents Taree and Forster, which were impacted by the bushfires. When Poolman asked whether part of the day could be used to fundraise for that association, she was met with a firm no.

“The response blew me away. The president told me that while their area may have been hit, that they are okay,” Poolman says.

“As a community they came together and raised $15,000 for their fire brigade and because of that, she was happy for me to raise money for other people that needed it more.”

Netball Australia has also given Poolman 40 tickets to the All Stars game on Sunday and has helped organise a bus from Forster to Sydney.

For Poolman, “this is our way of supporting each other and coming together through netball.”

“When I started organising this event, I was conscious that so many people have given so much already. In response to any questions about how much I am intending to raise, I remind everyone that that’s not what this is about.

“We are going to come together and as a sport collectively do what we can. I’m proud that netball is doing a lot of little initiatives through the year and understand the ongoing need. The Giants have also spoken about going to the South Coast later in the year to help our netball communities.

“This is an ongoing focus for us and we will continue to do all that we can to help those impacted.”