This week, the NRL launched its new ad to kick-off the 2020 season and, as always, nothing in rugby league is without controversy.

For years, rugby league fans have been begging the NRL to bring back the most iconic rugby league theme song of all time – Tina Turner’s ‘Simply the Best’ – and that’s precisely what the NRL has done to celebrate its 30th anniversary.

The ad includes flashbacks to significant moments in the game including the Super League war, the fight by the South Sydney family for the Rabbitohs to be re-instated and momentous grand final wins, including the Cronulla Sharks in 2016. It begins with a young Cameron Smith being inspired by the heroes of old and ends with the next generation being inspired by the likes of Ali Brigginshaw.

In the middle of the ad, Turner’s voice pauses and is replaced by a young Indigenous girl singing with a backdrop of Latrell Mitchell draped in an Aboriginal flag. There is also a flashback to Macklemore’s performance at the grand final and ‘that’ kiss between Karina Brown and Vanessa Foliaki after Women’s State of Origin that broke the internet.

I can appreciate that some people don’t like the ad. Some don’t think that a forward-looking game should be looking backwards and be so focused on iconic moments in the game’s history. Some don’t want to be reminded of the Super League war and some have even commented on a couple of inaccuracies in the ad. For example, Tom Trbojevic was only born in 1996, making it almost impossible for him to be playing rugby league with elder brother Jake the way it is depicted in the ad.

But what I cannot understand is the people complaining about the ad because of that old throwaway line, ‘it’s political correctness gone mad.’

What does that even mean?

It came as no surprise to me that the likes of Ray Hadley, Paul Kent and Dean Ritchie have taken issue with the ad and some fans have followed.

Kent, in particular, focuses on the old ad and how visionary it was from John Quayle to push the game into a new direction. At that point, there was fear about a ‘grandmother’s becoming the face of the game’.

What Kent doesn’t understand is that this ad does show the direction the game is heading in – a direction of inclusion and making very clear, that rugby league is a game that is for everyone.

Unfortunately, the direction is one that Kent doesn’t seem to agree with.

Kent, goes so far as to call the ad ‘angry’. I certainly must have missed the message, because tears welled in my eyes as I watched it.

I find it incredible that the likes of Ritchie and Kent manage to find something negative in almost everything. For two men that have made a living out of the game, you’d think they would have something nice to say every now and again.

But for all their foot-stomping and complaints about the likes of Latrell Mitchell and his ‘protest’, which involved him and some of his other Indigenous teammates quietly making a decision to not sing the national anthem, our game continues to go from strength to strength.

The All-Stars game is a wonderful example. The NRL was accused of politicising the game and some on social media decided they would boycott the game because a decision was made by the Australian Rugby League Commission to not play the national anthem before the game. 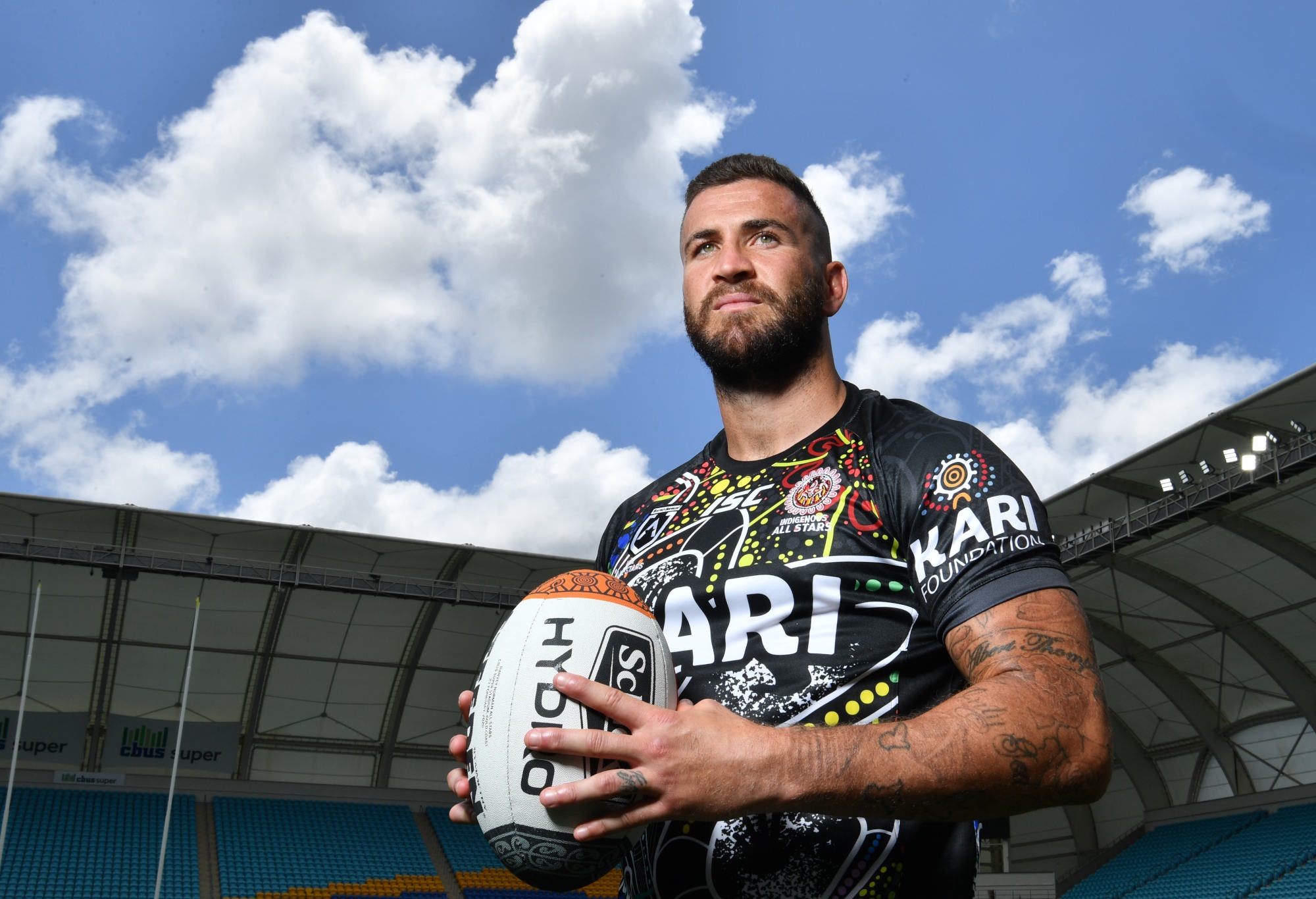 Growing up as a rugby league fan, I never thought to ask ‘can women play this game?’ The reality is you can’t be what you can’t see and I couldn’t see women playing rugby league. I don’t think Kent had this same problem.

So many of us have the opportunity to see ourselves represented in this new ad and even with a nod to history it still fills me with plenty of excitement about what’s to come.

There is a cry by some to leave the politics out of sport and to ‘just let the boys and girls play’.

There is nothing divisive about making everyone feel welcome in our game. What drives opposition to this is fear. And I don’t want our game to be driven by fear.

If you can’t move forward with the game towards a game that is truly a sport for all, I suggest that you go back and watch re-runs of games from when ‘Simply the Best’ was the original theme song. Because our sport is better when everyone is made to feel welcome and there’s no going back now.

But perhaps there’s one thing I can be grateful to Kent for. He’s written at least two articles about this topic and been complaining about it for the last two days. So, before the NRL has paid for a minute of advertising time, the ad has already been viewed millions of times.

I guess it’s true what they say; there’s no such thing as bad publicity.