There is a saying in life that less is more.

I can see that there are many parts of life where that quote could apply.

However, a fair few AFL clubs are rejecting that suggestion in season 2020.

Over the past few weeks we have seen a number of brand-new leadership groups unveiled by clubs, with some featuring as many as nine players in the line up.

So the question must be asked: when it comes to leaders, is less really more?

Well, there really isn’t one way to go about it. Each club will do what they believe is right for their playing group.

Having said that, there has been some sort of rough blue print for leadership groups in the past: one captain (sometimes two), one vice-captain, one deputy vice-captain and approximately one to three other players (often mid to senior players) making up the leadership group.

But there seems to have been a shift going into 2020. Some leadership groups have been extended to nine players. Some have next to none.

What is important is appointing the right people for the job and that those in leadership roles can positively influence their side and drive them towards success.

The most important leadership position appointed ahead of this season was at St Kilda.

Despite not playing a senior game since Round 4, 2018, St Kilda players, coaches and football staff re-nominated Dylan Roberton into the Saints’ six-man leadership group for the new year. 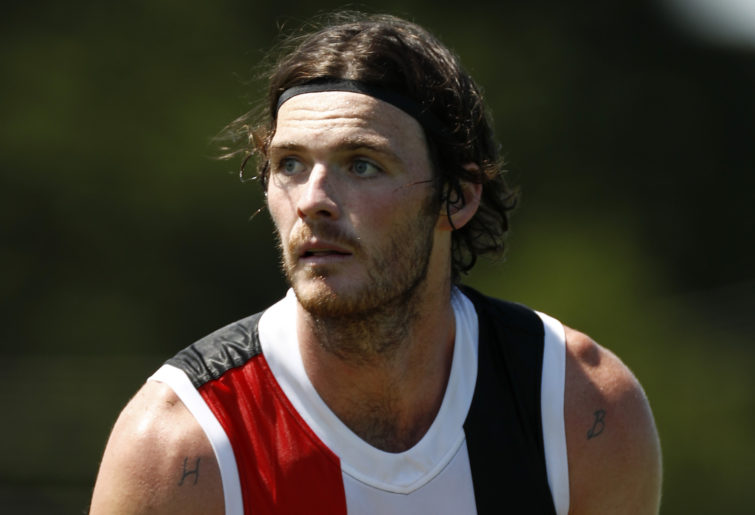 Roberton stood down from his official leadership role at the end of 2018 to focus on recovering from a heart condition that has kept him out of the game for almost two years.

His influence around the club on a daily basis as a person and a leader saw him nominated back in ahead of the 2020 season.

“Despite missing the vast majority of the past two years, Dylan has remained an influential leader in our training, and returns to an official role with the knowledge he gained through being part of our coaching group,” coach Brett Ratten told the media last month.

“It was clear through the process we went through that these six guys (the 2020 leadership group) were regarded as the drivers of the standards we are trying to reach.”

The AFL is growing bigger each year, constantly evolving from less of a sport or a job to a 24/7 lifestyle and therefore having motivating figures at the club on a daily basis is just as important as having leaders to stand up on game day.

Roberton clearly remains a valued leader at St Kilda. His work ethic and determination to return to the senior side setting high standards for his peers over the last 12 months. St Kilda are optimistic that he will return to the main stage in 2020 and lead his side from the front.

While one St Kilda leader hasn’t hit the park in almost two years, all of Brisbane’s nine leaders were integral parts of their rise in 2019.

The Lions, who will be led once again by captain Dayne Zorko, have nominated an additional eight senior players to lead along side him. That leadership group will be making up half of the team fielded week to week.

Brisbane are clearly looking to emulate their success of 2019, so they’ve appointed a leadership group who had a small taste of it last season and will be hungry for more.

Perhaps nominating half the team into leadership positions will push those players to a new level of determination and influence those around them to do the same. It could even be as simple as rewarding those who helped the Lions’ revival last season.

Sure, it’s a team effort, but the likes of Lachie Neale and Jarrod Berry played enormous roles for the club last season. So electing half your side into the leadership group is one way of going about it.

Another is to have the bare minimum. Melbourne have opted to keep their leadership group to two: captain Max Gawn and vice-captain Jack Viney.

It’s quite the change for the Dees. Not only have they ditched the leadership group, but they’ve also ditched the co-captains structure, opting for a single club captain for the first time since 2016.

GM of football Josh Mahoney said the decision would allow all players to step up.

“We will not be appointing a formal leadership group,” he said.

“We see our growth coming from the increased leadership of all players who will take on a shared leadership responsibility.”

It’s a bold move from Melbourne, who are in desperate need of individuals to step up and lead following a horrific 2019.

I like it. Clearly the club was in need of a restructure after its fall last season. This isn’t the traditional shake-up, but it certainly has the potential to make a difference.

The level playing field holds the entire playing group accountable. Each player is responsible for performances good and bad.

Or are they? Is this rather a way for fewer players to be questioned if things go bad?

I suppose that will be answered as the Dees’ 2020 campaign gets underway.

It will be fascinating to compare Melbourne and Brisbane’s leadership structures at the end of the year. And the other 16, in fact.

What worked and what didn’t? Who did we look to when things went well, and who did we question if they went the other way?

On one side of the scale, you have a club rewarding instrumental figures with leadership positions in hope they will contribute to success once again in 2020.

And on the other, there is a club who desperately needs all of its players to lift, lead and contribute in order to redeem themselves in the new season.

We know there’s no wrong or right way about it.

But in terms of leadership, is less really more?

It appears that it won’t be long until we find out.