Here are the ratings for the T20 World Cup final between Australia and India.

Walking tightropes
Grade: B-
As mentioned in the opener, the two sides had first met way back on the opening night of the tournament. Well, they hadn’t first met then. Some of them had known one another for ages. Heck, they’d just finished playing in a good old-fashioned tri-series against India and England.

Nevertheless, in that first World Cup match, India threw the whole tournament into overdrive by defeating the home side. Batting first, they made 4/132 in a reverse-T20 innings, setting a steady foundation late in the innings so they could have a bit of a thrash at the start.

Then in the reply, Poonam Yadav spun Australia out of the match, taking 4/19 from her four overs. The loss set Australia on a thrilling tightrope walk through the remainder of the tournament to even make the final.

In their next match, Australia slumped to 3/10 in their pursuit of Sri Lanka’s 6/122. Fortunately, Meg Lanning led from the front, refusing to walk when she feathered one to the keeper after Sri Lanka had already wasted their review. Fantastic, proper Australian leadership.

A more comfortable win over Bangladesh was then followed by another nail-biter against New Zealand just to ensure a spot in the semi-finals. Even when New Zealand needed 11 off the final ball to win, Australia somehow found a way to make it nerve-wracking, with Ashleigh Gardner tossing up a full toss that was perilously close to a no-ball, which was then thumped for six.

Full credit to Australia for keeping everybody entertained and/or terrified throughout the group stages of the tournament.

Rained-out semi-finals
Grade: D
Of course, if we thought the group stages were nerve-wracking, that was nothing compared to the semi-finals. A combination of omnipresent Sydney rain, a senseless lack of reserve days and group stage defeats meant that both England and Australia would miss out on the final were no play possible. Instead, India and South Africa respectively would go through.

The rain stuck around long enough to put an end to England, which was a bit of fun that most Australian fans could get behind. But the prospect of the rain continuing into the evening and ruining Australia’s chances as well was a bit much. Perhaps all the rain was God’s way of saying that if Ellyse Perry, injured during the New Zealand match, was unfit to play T20 cricket, then nobody should be playing T20 cricket.

Eventually, however, the rain yielded long enough for Australia to bat and make 5/134 from their 20 overs. However, with drizzle during the innings break threatening the prospects of South Africa getting back on, there was still plenty of tension. Fed up, Lanning glared at the clouds until they stopped raining, and with nine minutes to spare, South Africa commenced a 13-over run chase.

Naturally, once they got playing, the historical context of a World Cup semi-final affected by rain proved too much to resist for South Africa, and they fell six runs short of victory. Presumably the only reason they chose not to tie it was because this would have sent them through to the final, and that’s not how South African semi-finals are supposed to work.

The final crowd
Grade: A
Hence, the Australia-India final, which was duly attended by 86000-odd cricket fans.

Katy Perry was there, refusing to stand down in solidarity with the injured Ellyse. Other Perrys to make it to the match included Matthew Perry (“could he be any more at a World Cup final?”), the late, great Luke Perry and Halle Berry, which everybody agreed was ‘close enough’ so as not to cause a scene.

Also making his way to the match was Mitchell Starc, who sensibly realised that the ODI series he was playing in South Africa was tedious and infinitely less important than his wife playing in a World Cup final. So he flew back early. Rumour has it he also smuggled back home a couple of extra packets of toilet paper. What a husband. 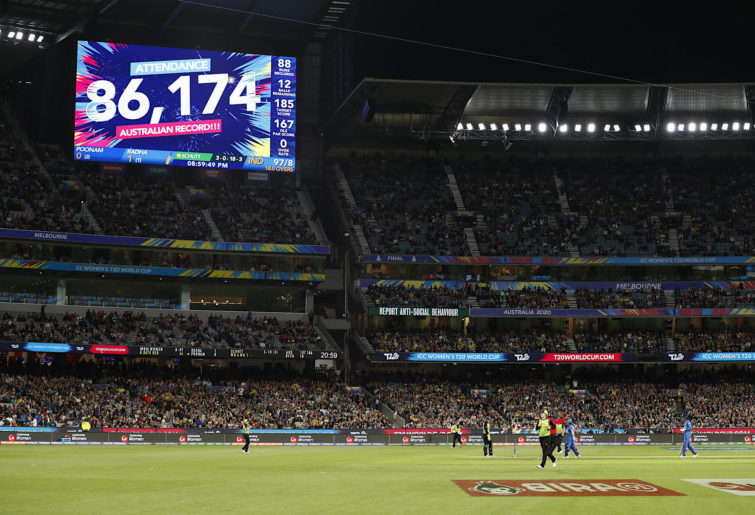 Alyssa Healy
Grade: A+
Australia batted first, and Alyssa Healy proceeded to ruin this World Cup final as surely as her husband had the 2015 one, when he bowled Brendon McCullum in the opening over.

Healy blasted 75 from 39 balls, at one point going full number of the beast on Shikha Pandey, hitting her for three consecutive sixes.

Even in being dismissed, Healy managed to set a benchmark for player of the series Beth Mooney to pursue. Mooney settled in, batting through the innings, successfully passing Healy’s mark in the penultimate over, finishing on 78 not out as Australia made 4/184.

Great teamwork from the openers. 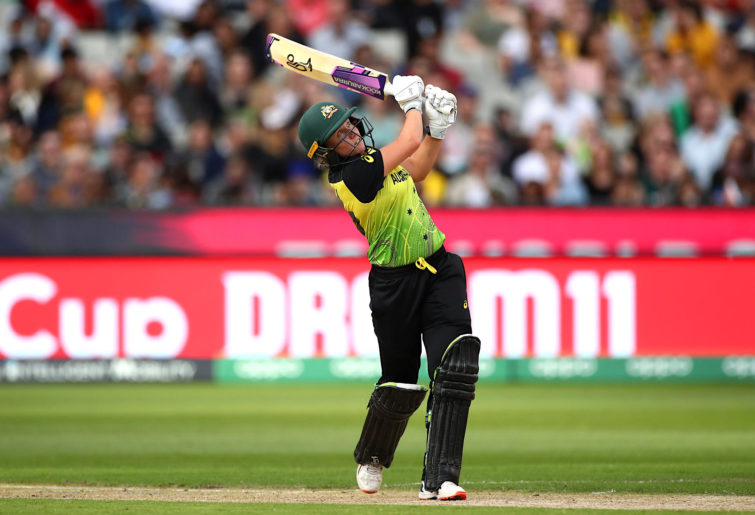 Catches
Grade: B
For India to even think about chasing down Australia’s total, they needed their 16-year-old superstar Shafali Verma, the number one ranked T20 batter in the world, to fire. No pressure, kid.

Instead, she edged her third ball through to Healy, standing up to the stumps to Megan Schutt. Healy took a sharp catch, and the rest of the team followed suit, gathering nine more in a faultless fielding performance that saw India rolled for 99. Megan Schutt finished with 4/18 and thirteen for the tournament, the most of any bowler. Hardly surprising. Everybody should know by now that Schutt takes wickets.

With victory secured, celebrations began for the Australians.

Call me old-fashioned if you like, but I’m just pleased to see the return of a team winning a World Cup by the traditional method of scoring more runs than their opponents.