When New Zealand try to end their 35-year drought in Australia over the next week it will be Ross Taylor not Kane Williamson who will be the key to their ODI batting.

NZ’s highest-profile cricketer, Williamson inevitably is the focus of Australian media coverage in the lead up to Trans-Tasman clashes, like the three-match ODI series starting in Sydney on Friday.

Operating in his shadow Taylor has quietly become, by one measure, the second-most prolific ODI batsman on the planet after Indian megastar Virat Kohli.

Over the past three years, only Kohli (76.1) has a higher ODI average than Taylor’s mark of 69.3. To emphasise just how elite that average is, consider that of the top 20 runscorers in the world in that period, only three of them average better than 57. That trio is Kohli, Taylor and Indian opener Rohit Sharma (65.3).

Kohli and Sharma, it must be said, are greater ODI match-winners than Taylor. Over that time they have averaged a century every 4.2 and 3.7 innings, respectively. Taylor, by comparison, has made only four ODI tons over the past three years at a rate of one every 11.5 innings.

What that also underlines, though, is just how consistently Taylor makes solid contributions to the well-balanced New Zealand batting line-up.

Over the past three years, Taylor has passed 40 in nearly two-thirds of his ODI innings. Very rarely does he fail.

In this way he is the embodiment of this current New Zealand ODI team – unspectacular but very consistent. The Kiwis don’t often demolish opponents.

They no longer play with the attack-at-all-costs verve that made them the world’s most watchable ODI team under the captaincy of Brendon McCullum.

McCullum’s approach was to shoot for the stars, to never be content with middling totals. It was this strategy that inspired England to implement their own brutal batting tactics.

Now, however, the Kiwis more often that not prefer to play the percentages. They have reduced the risk in their batting approach in favour of reliability. That is underlined by the fact that, of their top five batsmen, only one is a noted dasher.

While opener Martin Guptill seeks to take on the bowlers, the remaining members of that group are relatively sedate by modern ODI standards.

Henry Nicholls, Kane Williamson, Ross Taylor and Tom Latham all have career ODI scoring rates of between 4.8 and 5.0 runs per over.

But this cautious approach has worked for New Zealand due to a number of factors – the consistency of their batting line-up, the elite quality of their fielding, and the brilliance and dependability of their bowling.

In their last 10 ODI series, the only sides that have beat them have been the world’s top two ranked teams – England and India.

The world’s fourth-ranked ODI batsman, Taylor has been at the heart of that sustained success. When the Kiwis lose early wickets his Test match technique and temperament come into play.

He is the man for a crisis. Taylor also is able to access another gear when necessary.

That was evident in the Kiwis’ most recent ODI series at home against India. In the first match India laid down a marker by batting first and piling up 4-347. 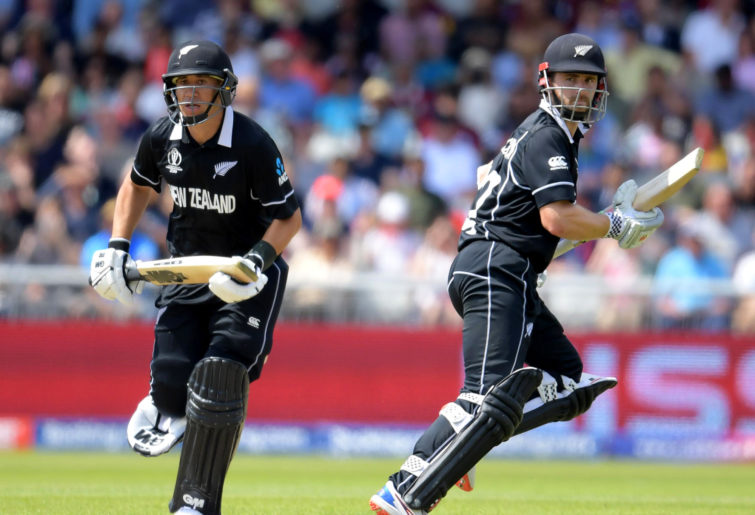 When Taylor came to the crease he faced a stiff task – New Zealand needed another 239 runs to win at nearly eight an over. The veteran gave himself a few sighters, moving to 13 from 18 balls, and then cut loose. First he went after the Indian spinners, driving and slog-sweeping with ferocity.

Then he took on the visiting quicks with his favoured cross-bat strokes, cutting and pulling a clutch of boundaries.

Taylor’s final 70 runs came from just 45 balls as he turned a monumental chase into a canter. The Kiwis won with 12 balls to spare and he finished on 108* from just 83 balls.

That innings served as a reminder of the belligerence for which Taylor was once famous. In line with his team’s batting strategy, Taylor has begun to favour reliability over dynamism. But he hasn’t lost that renowned power – it is still there, waiting patiently to be released.

Taylor is more rounded than ever in this format. He has become a batsman for all occasions and the man Australia should be most worried about in this ODI series.