Goats. No, not the four-legged variety that sometimes wanders ferally across the country.

But the greatest of all time; an adjective rarely applied to a sportsperson who achieves the pinnacle of their craft.

In this case, on the eve of the 70th championship season for Formula One, there is Lewis Hamilton, who stands before a campaign that could see him inherit the GOAT status by claiming records which were once thought unreachable.

2004 signalled the end of an era of dominance by Michael Schumacher, who had set a new benchmark for driver’s world titles in Formula One – claiming his seventh overall, as well as tallying a 91st career victory by the end of the following season.

Sebastian Vettel was the driver tipped to emulate his countryman and childhood idol, off the back of four consecutive titles for Red Bull between 2010 and 2013. Though with Mercedes having begun their dominance from 2014, Vettel’s pursuit of Schumacher was halted and even after a switch to Ferrari the German has not added to his four championships.

A decade-and-a-half after Schumacher set his records, it is 35-year-old Hamilton who prepares to match and surpass the great Ferrari driver’s records, with seven more race wins required to eclipse the total of 91 and the prospect of becoming a seven-time world champion by season’s end.

Was it even considered back in 2007, when then a doughy eyed Hamilton made his much-anticipated debut for McLaren here at the Australian Grand Prix, that one day this would be the driver to match Schumacher’s tally?

Probably not. The journey has been one for the ages.

Instantly impressing on his debut, agitating the then reigning world champion Fernando Alonso out of the team and winning his maiden championship in only his second year. Several up and down seasons at McLaren later, the Briton was lured away to rivals Mercedes – who were then preparing for the start of the hybrid-turbo regulations.

While it could be said that even in his early years at Mercedes that Hamilton was an established champion, he was still very much raw in the fact that he’d be still flustered at times and in particular in 2016 when he lost the championship to teammate Nico Rosberg.

They were character-building years for the Briton and the driver we see entering his 14th Formula One season is a much more complete one. Along with a more harmonious environment at his Mercedes team, Hamilton was able to fend off the challenge of Ferrari in previous years – overcoming Vettel with often not the fastest car and through consistency.

Hamilton was so consistent in 2019 en route to his sixth title, not finishing outside the points all year and only failing to appear on the podium in four of the 21 races. 2020 may see more of the same, despite the threat of a Red Bull and Ferrari challenge to his crown.

Where the reigning world champion’s hallmark may lie this year is fending off the likes of Max Verstappen and Charles Leclerc; the young guns tipped to be future world champions, already driving for two of the top teams on the grid. As well as the threat from within from his hungry teammate in Valtteri Bottas.

Becoming a more complete driver and equally more mature figure off-track, through his involvement in environmentalism and sustainability – means that Hamilton is someone who will have a legacy beyond just the racing world. A modern icon. 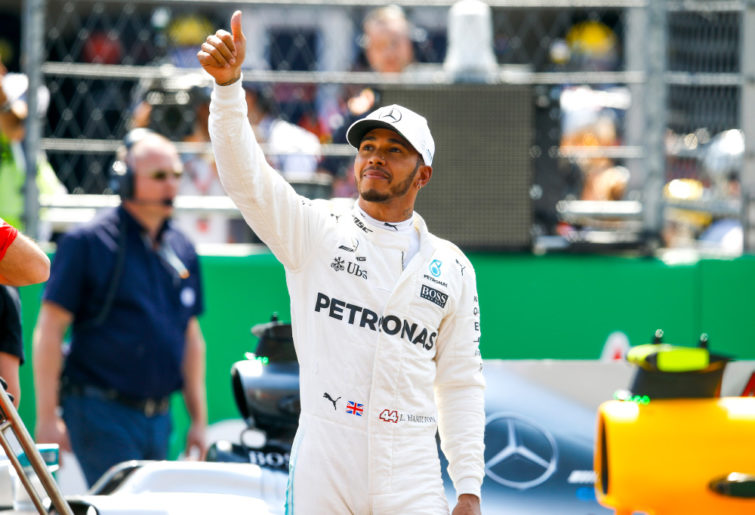 Over the off-season and during the peak of the devastating Australian bushfires, Hamilton pledged his support through a donation to organisations such as WIRES and during the pre-race press conference spoke of how he visited the Blue Mountains region in New South Wales – which was one of the main fire-affected areas.

“That for me was too big a number to even comprehend,” Hamilton spoke of the wildlife that had perished during the fires. “We saw a lot of the burnt trees, forests, as far as the eye could see. But I wanted to go visit WIRES.”

Hamilton didn’t shy away from expressing his feelings about the ongoing Coronavirus epidemic, stating boldly that it is “shocking that we are all in this (press conference) room.” Other drivers remained reserved about making any comments.

There’s no doubt that statistically, Hamilton will become the greatest driver of all time in Formula One, though it is the prominent character that he has evolved into that should cement his position as GOAT.

It is often said that Hamilton is a driver that doesn’t get the plaudits he deserves, though with where he sits now, it is impossible to not laud him for his achievements on and off the track. And to also speak his name in the same breath as other legends of Formula One, if it wasn’t already being done.