Super Rugby Round 7: go ahead Blues, make my day

Alright, this is the week. I knew it was coming, and I’m still not comfortable about it all. I actually feel a bit dirty.

Blues fans, be warned: I’m picking your mob of hopeless underachievers, despite their chronic unreliability and a success rate so bad that I dare not even look it up. I just don’t want to know. The stupid bloody smurfs have ruined my tipping week for the last month running.

Yet, here I am, picking them to win. I’m sorry in advance and I’m expecting to be disappointed.

So go ahead, Blues. Make my day.

The Wrapper is in sight. The Madding Crowd and I are reeling him in; he of the florid Victorian prose, and grooming tips. This round is critical to maintain momentum, or even build a gap away from the Mad Hutter, the Noble Nobrain, and Brett ‘Lick it Up’ McKay.

Thus, into the breach. The cannily coached Chiefs have a better playmaker than the coarse Canes. Chiefs by a try.

Everyone has a better flyhalf than the lightweight Lions. The bully Blues by a hell of a lot; Ioanes will soon become a currency somewhere. 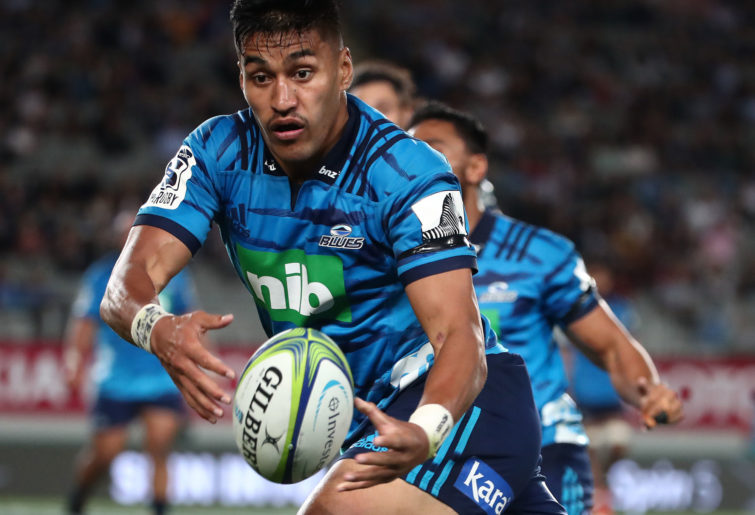 The crash ball Crusaders by a century over the Sundials.

The first draw of the season in Brisbane… is broken by a perfect kick off the tee, by Morne Steyn. Bloody Bulls in a shocker, because of Red boots.

The smooth, silky Sharks will have the bonus point in the bag by halftime. The Jaguares might score 50. The bruising Brumbies by ten mauls to two.

SURE THING: Brett will blame it on the Bulls.

Brett’s note: Unless I blame it on the Blues. Again…

If the Hurricanes play with 15 for 80 minutes could they beat the Chiefs?

The Chiefs look like firm candidates to take the conference because they have drivers who know what they do on the court. If the Blues had counted on B. Barrett from the start of the tournament, they would have many more points than they have until now. And I see that Crusaders are not on full gear yet.

The Blues will continue on the upward path and will beat the already soft Lions with bonus points. Crusaders will deal with Sunwolves nomads with ease.

The Reds will have the opportunity to start a winning streak despite giving advantages by not having level kickers when they receive the Bulls, that despite having won, the trip to Australia may be a lot for this group of veterans. Sharks are the team of the moment and the Stormers have several casualties of importance so the Durban boys will expand their advantage at the conference.

The Jaguares must change their attitude if they want to beat the Highlanders. The most worrisome of the defeat against the Sharks is that lack of attitude and desire to win the contact and 50-50 balls. If they do not recover it, there is no possible strategy since they have nothing to spare. The Brumbies are the strongest team in Australia at the moment and the Waratahs are the weakest. It would be counterproductive to bet on an upset in this game.

SURE THING: This is the most straight forward round since the beginning of the tournament.

This is one of those rounds where you know there’s going to be an upset, and you’re itching to tip it, but when you get down to putting a name to the tips, you just can’t do it.

The Blues are due for a night off. But the Lions really aren’t good enough. The Stormers were flying high a couple of weeks ago, and normally, would be a good upset tip in Durban. But you just get the feeling that the Sharks are really good.

The Hurricanes can beat anyone on their day – just, usually, not in Hamilton. The Reds have made losing an art so far this season. But this is the Bulls, away from home. The other three matches are all a matter of by how much.

SURE THING: Stung by criticism of entering matches without a recognised goal-kicker, Reds coach Brad Thorn this week asked for volunteers with a hidden skill to step forward at training. As a result, Harry Hockings will take kicks from the left side of the pitch, and Harry Hoopert from the right.

I’ve got to agree, Round 7 feels way too easy this week. Worryingly easy. Where in recent weeks there had been numerous games that could go either way – last week I said five games, “if the Waratahs could lift”! – this week feels one-sided times seven.

The Blues can, do, and often have won purely to spite me personally, yet the extreme distance between their form line and that of the Lions means they can be ignored no more. Be very worried, Blues fans.

And will the Waratahs bounce back from being pantsed in Wollongong? Marginally, maybe. But nowhere near enough.

SURE THING: Lions. By plenty. Despite having never won in Auckland. Ever. But by plenty.

Less said of the last weekend the better, as a horrible tipping weekend left me dazed, bloodied and confused. But not as much as the Hurricanes, whose charitable gesture of only fielding 12 men to the ungrateful Blues backfired badly by gathering less points than the Smurf-coloured infidels. 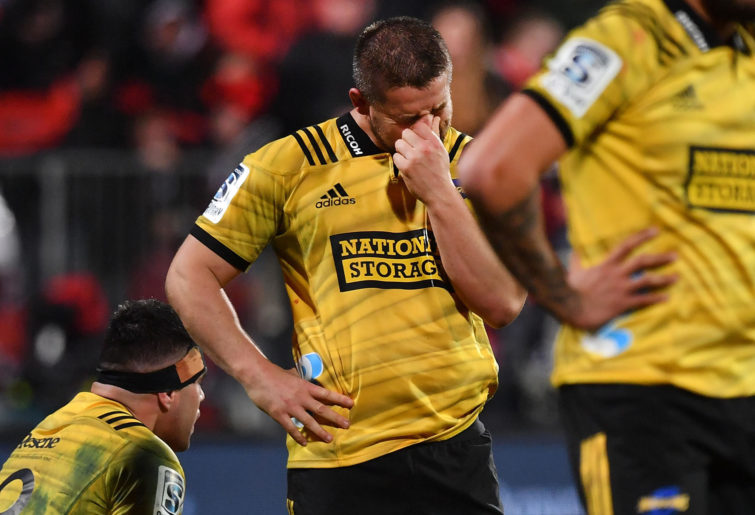 Unfortunately there is not much respite for my champions as they are forced to travel to Hamilton to face a rather good (begrudgingly said) Chiefs side of the Welsh persuasion. While I will always be bullish over the chances of a Canes victory, there is a disconnect within the on-field performances that I cannot see being fixed in short order and Hamilton is simply one of those places that they struggle historically to perform in. Chiefs by plenty this week.

As for the leftovers, Blues should be good, Crusaders will have some fun, Reds should have the Bulls seeing Red, Sharks at home appear irresistible not to back against a Stormers side missing one or two, Jaguares back at home and the Waratahs should improve their points differential in the negative.

Although still cheaper than hand sanitiser.