When the referees suspended the Utah Jazz vs Oklahoma Thunder game just prior to tip-off earlier this week, no one at that time would have thought that the ramifications would be felt as far as Australasia so quickly.

The latest “Dogs behaving badly headline” which greeted the started of the NRL season soon became secondary to what effect Covid-19 would have on competitions like Super Rugby, the A-League and the NRL.

The expression “the situation is fluid” was never so true, with decisions changing hourly, the Premier League going from a potential option of games behind closed doors to a full postponement until at least April 4th.

On Friday it was Scott Morrison wanting to see his Sharks play before enforcing a ban of crowds over 500 people from Monday, then Peter Dutton contracts coronavirus and Scomo is left watching the Sharks fight back against the Rabbitohs in quite a good game, presumably from the comforts of Kirribilli House.

Prior to the Sharks and Rabbitohs battle, during the Warriors clash with the Knights, New Zealand Prime Minister Jacinda Ardern announced some of the toughest travel restrictions in the world. The result of this is that anyone arriving into New Zealand from outside the Pacific Islands would have to go into self-isolation for 14 days.

The ramifications for competitions in this part of the world are far-reaching. With Super Rugby requiring a very high level of international travel it seems impossible for the competition to continue as it is. The A-League and NRL are in a similar situation, Mark Bosnich announcing the Phoenix will play their final home game Sunday and then base themselves in Australia.

Phoenix General Manager David Dome tweeted that “Despite the speculation, no decision has been made on the next step for @WgtnPhoenixFC in the @A-League”, once again showing that the situation is fluid and people need to be careful to ensure they have all the facts.

The much maligned ODI series between New Zealand and Australia has now been called off (Michael Clarke will be delighted) due to the New Zealand travel restrictions (it starts Monday 12 am).

The NRL is probably the most fascinating situation. Whilst the AFL hasn’t started being an Australian competition it would be easier to create a solution. The NRL has a Warriors-sized problem that would need to be addressed to ensure the competition continues.

I am a big believer in trying to turn a potential negative into a positive and to look at a situation as an opportunity. In regards to the Warriors and based on today’s performance (or lack of) disruption could be good. Assuming that the Warriors decide to continue and play outside of New Zealand, there are several options that could be interesting.

The most obvious decision is to base the team in a main centre such as Sydney or Brisbane. This would be the easiest to manage, ironically creating another Sydney based team. What would be fascinating in this scenario is if the lack of air travel has a positive effect on the Warriors.

Imagine they go on a run and play really well. It could lead to the Warriors rethinking travel plans for future seasons. 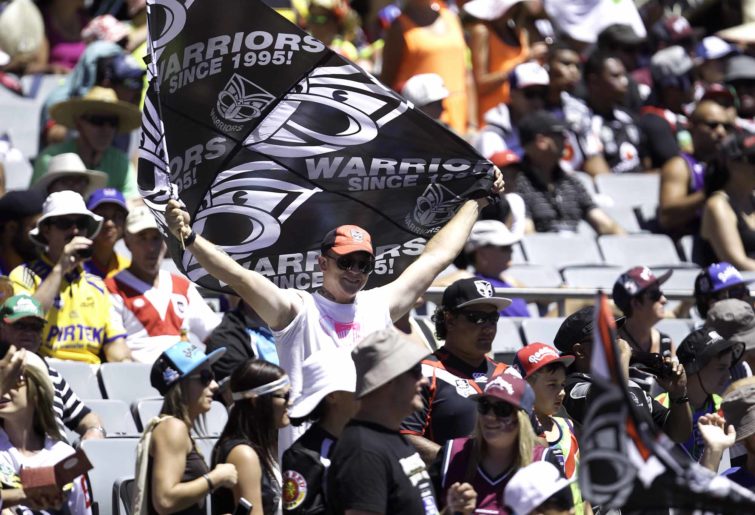 A second option is to base them in a new centre such as Perth or Adelaide. Unlikely due to the internal travel and the fact that there would be no crowds would make it seemingly pointless, but it is an option none the less.

A more intriguing option is basing them in country New South Wales. Whilst a very leftfield option the Warriors adopted Tenterfield as a place they wanted to support, based on the battles Tenterfield has had with drought and bush fires. The support was to include visits by players and involvement in community initiatives.

Imagine the Warriors actually basing themselves in Tenterfield for a period and playing home games in Brisbane or possibly Coffs Harbour. The impact would be long-lasting for the community and the Warriors could be seen as a real supporter of country NSW.

It would be a real quirk in years to come that a New Zealand =-based team has strong support in Northern NSW. It seems unlikely, but then a week ago who would have even thought we would be dealing with this?

The reality is these are strange and uncertain times. There is still the possibility that the competition will be suspended, however, it will be fascinating to see what plans Peter V’landys announces. Spare a thought for V’landys, who has only just commenced his role as chairman of the ARL Commission and has a challenge he would never have expected to start with.

What’s interesting, though, is in 2007 he dealt with an equine influenza outbreak in NSW harness racing. Wikipedia notes he did a very good job in protecting the industry by creating a clear plan and negotiating a $235 million rescue package.

These are uncertain times, but maybe the right leader for the right time is leading the NRL through troubled waters.