Sheffield United are surpassing expectations this season, with the former relegation favourites currently sitting seventh on the Premier League table.

Sheffield United have been in and out of the Championship and League One in the last decade, but the takeover of Chris Wilder as manager has been a turning point.

Wilder replaced Nigel Adkins in 2016 and Sheffield hasn’t looked back since, the former right-back becoming one of the most tactically advanced managers in England.

The club’s first season under Wilder was a huge success; they came first in League One with an astonishing 100 points to their name.

After a mid-table placement in the Championship in the 2017-18 season, they came out strong in 2018-19, finishing second only behind Norwich City, who currently sit bottom of the Premier League.

During 2018-19, Wilder developed a new tactic to help break down defences who were playing with a low line.

One of the main ways a low block or low line of defence can be overcome is by overloading certain areas of the field, such as the wings. However, Wilder’s favoured 3-4-1-2 formation meant that there was only one player on each side of the field patrolling the flanks, meaning an overload could not be created.

Instead of asking one of the two strikers to drift out wide to create an overload, the 52-year-old was more inventive.

He told one of his three centre-backs, usually the one who was on the side, to race down the wing and create an overlap. 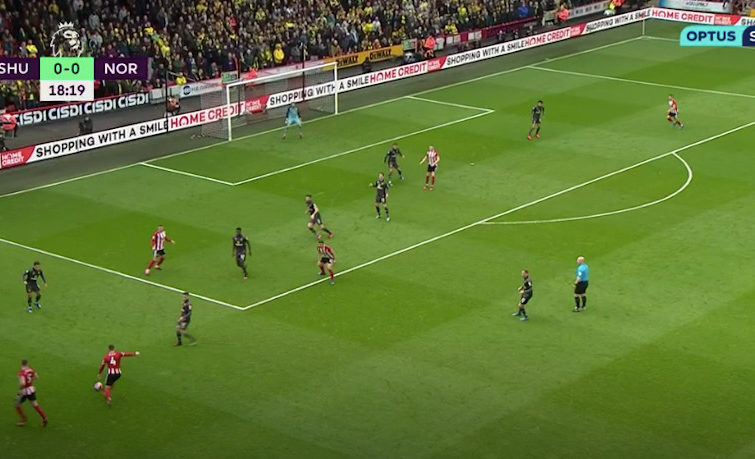 Here, left centre-back Jack O’Connell makes an overlapping run, allowing Enda Stevens to cut inside, and either charge himself, cross the ball, or play O’Connell down the wing.

This has become noticed by many, but one A-League side have actually implemented the strategy into their game.

The Brisbane Roar also play three at the back, with the wing-backs pushing high and wide, but have had trouble scoring goals this season, especially in the first half.

Coach Robbie Fowler has implemented his compatriot’s strategy and, although it hasn’t had any direct impact on the scoresheet, it has helped Brisbane move teams from side-to-side.

They also have the correct players for it; Scott Neville was a known right-back before moving onto the right of a back three, while Macaulay Gillesphey strikes the ball well and is a great crosser from deep.

The Roar like to create triangles on the wings, forcing their opponents in before switching play, and their overlapping centre-backs play a big part in that.

They create a triangle with one of the central midfielders or attacking midfielders, and constantly move around within that triangle, with one player supplying width, one supplying an option square, and one moving in between the lines. 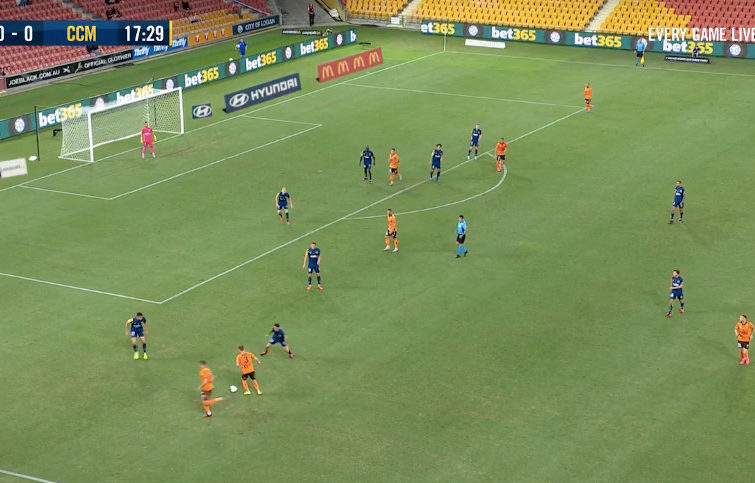 Corey Brown receives the ball and straight away cuts inside, as he knows Gillesphey will be making that overlapping run, taking the defenders’ attention.

While it may not be the most complex of strategies, the overlapping centre-back breaks down low blocks in defence and thus is handy to remember.

And Chris Wilder deserves credit for this forward-thinking approach.

Perth Glory, Western United, Western Sydney Wanderers, Newcastle Jets and Melbourne Victory have all played with a back three in recent weeks. Who will be the next side to apply overlapping centre-backs to their game?