Claudia Bell was recently recognised for her outstanding achievements in advancing the opportunities for women and girls to play rugby at the Her Sport Her Way Awards.

Bell was named Young Achiever of the Year.

I was fortunate enough to be at the awards ceremony and recognised Bell’s name, as I had interviewed her three years ago, when she was playing sevens for Macquarie University and looking forward to competing in the finals that weekend.

I must confess, before I spoke to Bell for the first time, I was in the middle of what seemed like a never-ending week. I was tired, overwhelmed and wasn’t in the mood to speak to another athlete.

But after speaking to Bell and hearing how much she loved rugby and how proud she was to be part of a code that was increasingly giving women the opportunity to compete, I left feeling energised and reminded of the importance of advocating for equal opportunity in sport.

I remember thinking what a wonderful role model she was for rugby and that, surely, there was an opportunity for her to play a more formal role with Rugby Australia.

It seems someone else had a similar thought.

Bell now also has her Level 2 Coaching accreditation, Level 1 Match Official accreditation, has become a World Rugby trainer, and just over a year ago joined NSW Rugby as a development officer, with a focus on increasing participation among women and girls. 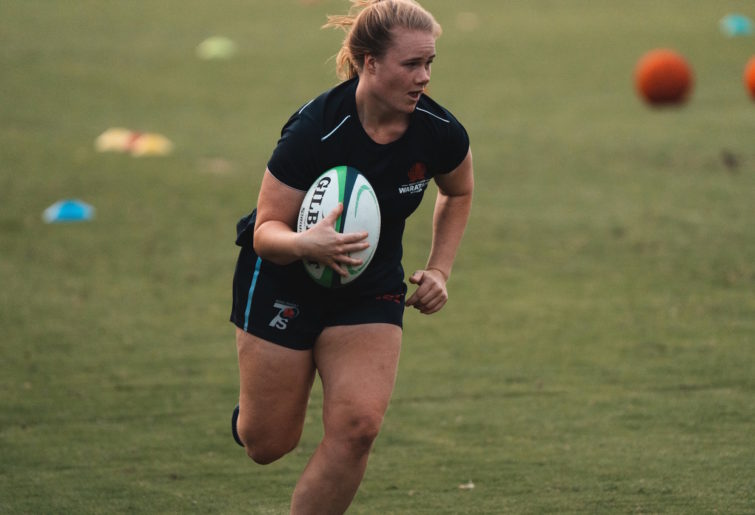 Given that Bell comes from a family that loves rugby and that her own rugby journey was impacted because of a lack of competition for women and girls, she is in a good position to help fill gaps in the pathway.

Bell initially started in rugby league, then moved to rugby and when girls weren’t allowed to play with the boys, she tried many other sports including netball.

It wasn’t until age 16 that Bell found her way back to rugby, at a try-rugby day.

“I’m trying my best and will keep trying, everything I thought we didn’t have when I was going through high school and primary school and I wanted to play rugby,” says Bell.

“I’m trying to give girls those opportunities now at the same ages.”

For Bell this means a number of things.

“What I’m trying to do now is we have competitions that are running for girls so that they can play with the boys up to 12 years old,” she says.

“Once they get too old to play with the boys we now have a solid sevens competition that runs from the age of seven until 18, then sevens competition for women so women are getting consistent training session and game-day opportunities as the men.”

While Bell concedes that at the moment there is more opportunity for women in the sevens, as a woman who prefers the XVs format, she is hoping to change this through training sessions and competitions that encourage participation.

“The XVs format provides more of an opportunity for girls whose body type may not be as well suited for sevens – sevens is a sprinting game,” says Bell. 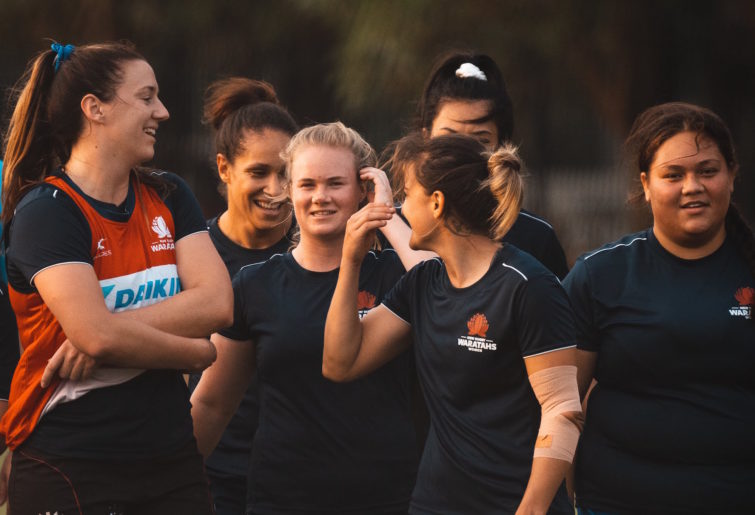 “I myself prefer XVs because it is a completely different game. Many younger girls have told me that they want to play XVs so I’m trying to work on getting these girls equal opportunity.

“We have it in sevens, now I want to get to that same point in XVs.”

Bell has certainly had an impact with the rest of her team. In the NSW metro-based sevens competition, team numbers have gone from 23 to 75 in the last year.

For Bell, this demonstrates that women and girls across NSW will not have the same experience she had growing up.

“I grew up watching rugby and watching my dad and my brother play rugby,” she says.

“When I went to high school, I wanted to play rugby but I couldn’t. I couldn’t understand why my younger brother could continue playing rugby and I couldn’t.

“I was told from a young age and also at my all-girls school that girls could do anything and we are equal to men, but here was this game I loved with zero opportunity to play. That didn’t sit well with me.”

That world no longer exists, thanks to the work of Claudia Bell and countless other development officers across the country.

Normally, once the Super Rugby season wraps up, we run a poll asking who you think should play for the Wallabies in their first mid-year or Rugby Championship Test. 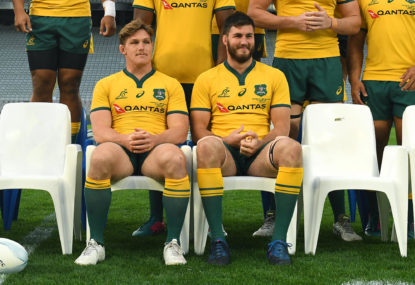 Rugby Australia has postponed the domestic competition it’s planning to replace Super Rugby following the government’s latest restrictions to fight the spread of the coronavirus.