The A-League and W-League are going ahead this weekend.

The NRL is going ahead this weekend.

The AFL and AFLW are going ahead this weekend.

And frankly, I think they’re all f*cking crazy.

In the midst of the global Coronavirus (COVID-19) pandemic, which has effectively shut down every other national, professional sports competition of any note, it is a sound reminder of where the priorities lie in Australian sport.

The only reason these competitions are going ahead is that the suits believe the corporate and broadcast dollar is more important than the health and safety of the players.

If you have to ask a whole team to relocate away from their home and from their families in a time of global crisis, then you have to know you are asking too much of them.

If you have to ask players to continue to train, co-exist and compete against other teams in a way that is deemed unacceptable for the rest of the country – and indeed the rest of the world – you are asking too much of them. 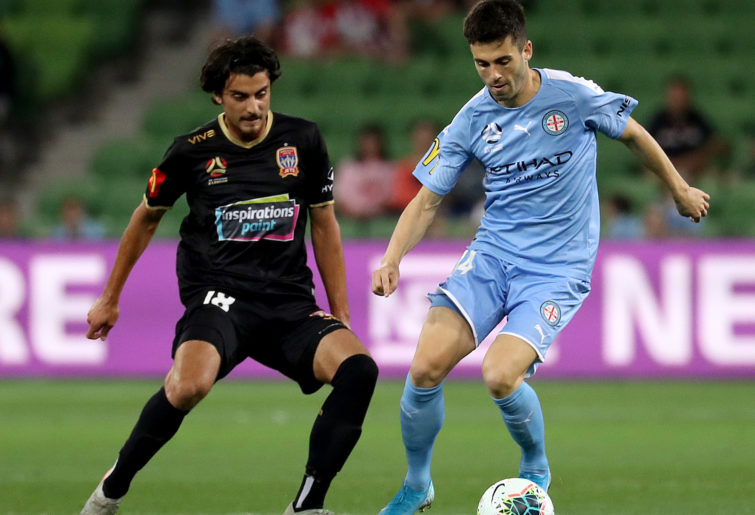 And I don’t really care if some players are keen to play.

It’s not about what I want.

It doesn’t matter if some players are keen to play.

And even if we choose to reframe the stubbornness of these competitions to go ahead as some sort of brave sacrifice made by the players for the broader sanity of the general public, who would presumably go mad without any sport to watch this weekend, the reality is that it’s an absolutely needless sacrifice.

When it’s not on, I’m watching highlights, old games or playing some sort of video game representation of it.

So, I get it. We want to be able to watch and play sport.

But we can live without it for a few weeks, or if need be, months.

We’re not going to spontaneously combust without a match to watch on the weekend.

There’s still going to be sports coverage and content. We manage to write about the A-League, for instance, for almost six months without a ball being kicked.

Of course, we know that the reason these competitions are going to go ahead is that there are broadcast contracts to fulfil, betting companies that need matches to be wagered on and sponsorships that need to be fulfilled.

When it comes to football, it’s nice to see that the A-League’s willingness to risk its players has been greeted by its broadcasters’ decision to make a solid chunk of its football reporting team redundant.

The idea that these competitions will crumble without being played through this crisis is nonsense.

We’re a sports-mad nation. We were before Coronavirus and we’ll be insatiable after Coronavirus.

There will be an adjustment, sure. Maybe some of these competitions will need to live within their means.

But sports and competitions will survive.

The insistence of these codes to continue is not only irresponsible for the players, coaches and other staff who are required for these games
to go ahead and for these teams to remain operational, it sends the wrong message to the general public.

It’s a feather in the cap of everyone who believes this outbreak isn’t that serious. That there’s no need to self-isolate. That everything will settle down next week.

Let’s hope that in the weeks to come, sense prevails.

Let’s hope that by then, it’s not too late for the players, their families and everyone else who needs to be at these games for the sake of these national codes continuing.