If the players do not get onto the park again in season 2020 (and this is shaping as a real possibility), then the fans will not be the only ones disappointed.

For 13 young footballers who made their debut as an AFL footballer in Round 1, it will be a long wait until their second game. At least six of these players, headed by Gold Coast’s Matt Rowell (19 disposals), did enough to be playing in the next game, with Tyler Brown (Collingwood), Noah Anderson (Gold Coast), Kysaiah Pickett (Melbourne), Mitch Georgiades (Port Adelaide) and Sam Sturt (Fremantle) all reaching double figures in disposals and Sturt adding to his cause with three goals. Max King proved efficient at St Kilda, scoring two goals from only six possessions.

In addition, another 23 players ran onto the ground for their second or third club for the first time. This is more than the number of players in a team and shows the changing nature of professional football where it is no longer enough to have the skills to play AFL, but what is now required is to be the best fit for a team.

Goal-kicking skills are highly regarded and we saw proven goal-kickers Josh Bruce, Sam Gray, Adam Tomlinson, Sam Jacobs and Jonathon Patton all turn out in new colours. Jack Martin (ex-Gold Coast) set the standard with four goals for his new club Carlton in the first game of the round. 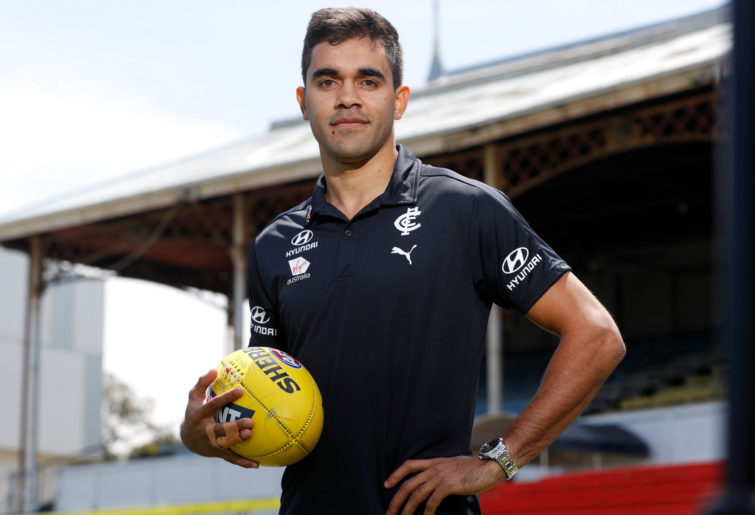 And he was still equal clubhouse leader by Sunday night but had been joined by (among others) the unlikely Greater Western Sydney wingman Harry Perryman, who took 36 games to score four goals but doubled that number with an outstanding 37th game.

The eight current top 100 goal-kickers were missing two of their number due to injured players Lance Franklin and Eddie Betts not playing but by the end of the round they had been joined by a new member: Hawthorn’s Luke Breust, who scored the three goals he needed to draw level with former Fitzroy player, Mick Conlan.

Conlan, who was born in Tasmania, was recruited from Canberra team Manuka in 1977 and over the next 13 years amassed 210 games and 395 goals, the seventh best of all time at Fitzroy. A teammate of Conlan at Fitzroy, Alastair Lynch, finished his career at Brisbane with 633 goals in the AFL, but lost his 26th position on the AFL all-time top 100 goal-scorers to Jack Riewoldt, who scored three goals in Richmond’s comfortable win over Carlton in Round 1.

Other AFL top 100 goal-scorers to move up the ladder were Tom Hawkins, who eclipsed Chris Grant in 46th position on the list, and Taylor Walker who equalled Melbourne’s Russell Robertson.

At a club level, Richmond’s Jason Castagna moved rapidly up the lower ranks of the Tigers’ top 100 goal-scorers, passing Neville Roberts, Greg Stafford and Mike Green and drawing level with Ron McDonald, Allan Edwards, former captain Neville Crow and teammate Josh Caddy, while Daniel Rioli – who also kicked three goals – made it almost certain that he would join the ranks of the elite before season’s end (if there is any more footy!).

The feats of Jordan de Goey (Collingwood) and Levi Casboult (Carlton) I covered in Part 1.

Umpire-wise, Leigh Haussen chalked up his 50th game and Jeff Dalgleish equalled the games tally of Neville Nash and John Sutcliffe in the top 100 list. 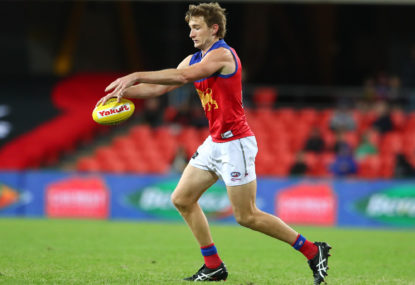