The shut-down of the A-League and National Rugby League brought an end to the last sporting codes in Australia that had played on with empty stadiums as society continues to deal with the global impact of the coronavirus.

The acceleration of the virus over the last couple of weeks, especially in countries such as Australia, has brought society to a standstill as governments look to reduce the spread of the virus. Sport has been hit by the coronavirus in a way that has never been seen before. From the professional game down to the grassroots level, participation has ceased, with countries going into lock-down.

Sporting bodies around the world are now faced with the unprecedented situation of how competitions and seasons will be finished within the current climate. Playing in empty stadiums has been mooted if or when these competitions are able to re-start.

Kyah Simon – a member of the Melbourne City team that won the W-League title behind closed doors against Sydney FC last weekend – described the experience: “like listening to music with no bass”. The financial implications of these shutdowns on sporting bodies is also being felt through both the broadcast and sponsorship dollars as well as the inability to receive gate receipts.

Players at European football clubs such as Bayern Munich, Juventus and Borussia Dortmund have all waived parts of their salaries to help employees of the club avoid economic disadvantages during the coronavirus pandemic. The importance of community and helping those most affected by the virus has been one of the few positives to come out of this global pandemic.

Former Manchester United and England right back Gary Neville recently gave up beds in his hotel in order to accommodate British health staff, while Australian cricketer Moises Henriques and his wife Krista created the so-called Cart Buddy initiative, which helps those who are unable to access essential supermarkets and pharmacy products. These are examples of bright spots in these uncertain times.

The coronavirus, though, has also highlighted and reinforced the gaps that exist within our society, and this is shown no more clearly than in sport. This is no more paramount than in the impact on grassroots and semi-professional sporting clubs that are dependent on the contributions of the community and help from volunteers.

The football pyramid in England has showcased this alarming gap as the future of teams lower down the pyramid are now unsure of their long-term viability. Clubs such as League Two Macclesfield Town face an unsure future as their financial status has been thrown into further uncertainty. Clubs that depend on game-day receipts are now facing the prospect of months without an income, which helps run the club and pay its players.

The shutdown of sport has a detrimental effect on our society. The weekend routines of following your favourite team and supporting something that brings communities together is now not there. The ability for people to gather and participate in something that is able to be communicated across languages has now been taken away by a pandemic that does not discriminate.

The financial status of sporting codes has now been thrown into disarray with the National Rugby League facing an uncertain future if the current season cannot be finished. Sydney-based clubs lost about $12 million between them in the last annual report.

This time of lock-down and social distancing does however potentially present an opportunity for not only society to come together but for the sporting community to help those most affected by these unclear economic times.

Waverley Old Boys FC’s over-35s have begun a campaign #PlayForLives helped by former AFL Sydney Swans star Adam Goodes and SBS sports analyst and former Socceroo Craig Foster, wherein individuals from the team help the most affected within their own communities. This needs to be the message to all sporting codes and sporting organisations: the need to come together for the greater good has never been more important than now.

Sport will survive out of this. Yes, there may be changes to our sporting landscape in the future as society grapples with the length and impact of the coronavirus. Sport is not bigger than life and death as emphasised by countries such as Spain, which have experienced a death toll of over 500 people in the last 24 hours from the coronavirus.

Sport is an important part of the world we live in but in times like these it must forgo its own individual gains for the greater good of a global community, which needs to come together to help each other out if we are to move past this pandemic.

Sadly, one of the main talking points of the 2019-20 Premier League season and world football in general has to be VAR. 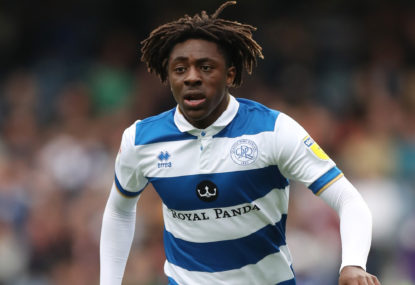