The cricket played by his team in the summer of 1960-61 brought a new lease of life to cricket and a new love for the game among the spectators in Australia.

Again, there isn’t a lot of controversy about the least popular overseas captain. That ‘honour’ goes to a Bombay-born captain of Scottish origin who added a new word to the cricket dictionary. Mike Denness, another captain with Scottish origin, perhaps looked the most hapless during the 1974-75 series, but what about a popular English captain touring Down Under?

Well, Micheal Colin Cowdrey had six Ashes tours and was immensely popular in Australia, but he didn’t lead a touring party. So my vote goes to Italian-born Ted Dexter, ‘Lord Ted’ as he was often called, the captain of the 1963 team. 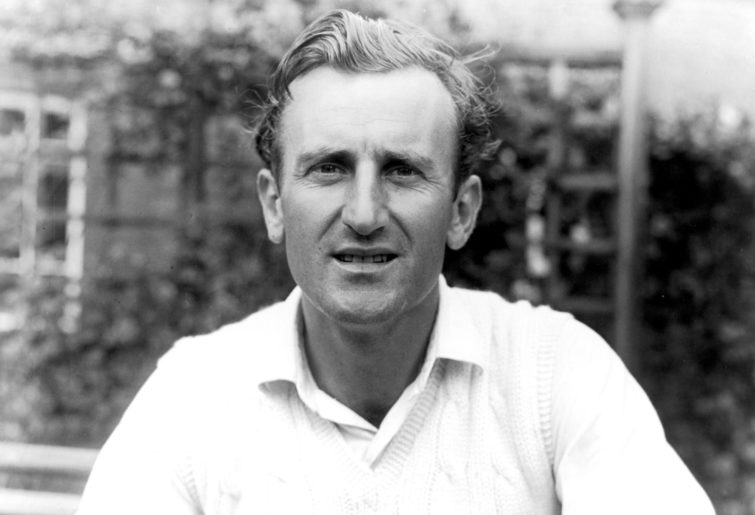 On paper there wasn’t anything extraordinary in the series, which ended 1-1, with the Aussies holding onto the Ashes. I must add here that after the 1960s saw batsmen dominate the Ashes. Starting with this series, the next 20 Ashes Tests over four series saw only seven results, with the Aussies winning four of those.

He joined the 99 club when Graham McKenzie bowled him on the final day at the Gabba. His primary objective of saving the match, however, had already been achieved. It must be mentioned that, although Dexter was renowned for his aggressive hard-hitting batting, he could play the orthodox solid knocks whenever the situation required.

However, it was the powerful hitting of Dexter that had made him popular with the Aussie crowd. Early in the tour, playing an Australian XI at that MCG, he hit 102 in 110 deliveries, smashing 13 fours and two sixes on the way. According to the reports, both his sixes cleared the sight screen by some distance. After this innings, before every match against the state trams, the question was whether Dexter would play or would he take a rest. Against South Australia he hit a six that landed on the high roof of the members stand.

The series was nicely poised after the home side leveled things with a win the third Test at SCG. But the last two Tests produced boring draws. Richie Benaud wanted to hold onto the Ashes in his last Ashes series, and Dexter didn’t look too unhappy sharing the honors. Dexter did have unhappy memories of the 4-0 drubbing in the 1958-59 series.

Dexter’s big hitting at the MCG and the Adelaide Oval may have surprised the Aussie crowd, but this was no surprise to the Aussie players and journalists who were part of the Australian touring team of 1961. In the first Test of the series he’d played a match-saving knock of 180 in less than six hours, smashing 31 fours on the way. Then at Manchester he seemed to have won the Test for his side with 76 from 84 minutes on the final day. It was a great Test match for Dexter because he’d taken 3-16 and 3-61 in the match with his medium pacers.

During the following winter tour of the Subcontinent Dexter proved himself against the spinners in slow turning pitches. At Karachi he scored his Test best score 205. In the summer of 1963 he was ready for the West Indies giants Wesley Hall and Charlie Griffith.

At Lord’s he smashed 70 from 75 deliveries against a West Indies attack that included Lance Gibbs and Gary Sobers along with the quickies. This match ended in a draw, but at the beginning of the final over all four results were possible.

Some of his captaincy decisions during the 1-0 Ashes defeat in 1964 came in for some criticism. This plus his involvement with Conservative Party politics saw him relegated to the vice-captain job behind Mike Smith. Then an accident in 1965 nearly ended his cricket career. Although he made brave comeback, failures in the 1968 Ashes series ended his international tenure.

He was part of four England Ashes teams and never ended up in the winning side. However, John Snow, one of his ‘pupils’ at Sussex, would play a major part in England regaining the Ashes in 1971.

Overall, Dexter’s captaincy record isn’t brilliant, and while he was a generally popular captain, his tactical judgment wasn’t always totally sound. Certainly two controversial decisions resulted in vital Ashes losses. At MCG in the second Test of the 1962-63 series Ted led England to a seven-wicket win. He insisted on the same bowling attack for the third Test at the spin-friendly SCG. The general consensus was either David Allen or Ray Illingworth should come into the team to support Fred Titmus. Fred Trueman even offered to drop out of the team. But Dexter stayed with his original plan. As things happened, Titmus took 7-79 in Australia’s first innings, but Australia won by eight wickets.

Then at Headingley in the summer of 1965 – the only Test to produce a result that series – Titmus took three quick wickets in the middle of the Aussie innings to restrict them to 7-178, still 90 runs shy. At this stage Dexter took Titmus off the bowling and brought Trueman to have a go at the tail. Peter Burge took the opportunity to pull and hook on his way to a superb 160 to settle the Ashes.

So Dexter wasn’t the best captain England ever had, nor was he the most successful. But, both as a captain as well as a player he enjoyed the game and tried his best to entertain the crowd.