Last Wednesday the league was tossing up if Round 1 would go ahead, and just over a week later the competition has been put on hold until at least the end of May.

So, what on earth are we supposed to do now that the season has been postponed?

Well, while we anticipate the future, let’s reflect on the past.

Before the coronavirus came in and ruined everything, tonight was supposed to be the Round 2 clash between Sydney and Essendon at the SCG.

There have been quite a few entertaining games between these two teams in recent history, and after each of their thrilling Round 1 victories, tonight’s match could’ve been another classic.

We all remember goalpost-gate that took place just a short ten and a half months ago. It was a dramatic finish for a number of reasons. Firstly, because Essendon’s David Myers had the chance to win the game for his side with a kick after the siren. Secondly, because Swans defender Dane Rampe decided to climb the goal post as a way of distracting him from kicking true.

The kick fell short and Sydney won the game, but it sparked a week-long debate about ‘What was he thinking?’ and ‘Was the umpire right or wrong not to pay a free kick against him?’.

But today I want to focus on a different game that reached a similar climax but ended in celebration – for the Swans, anyway. 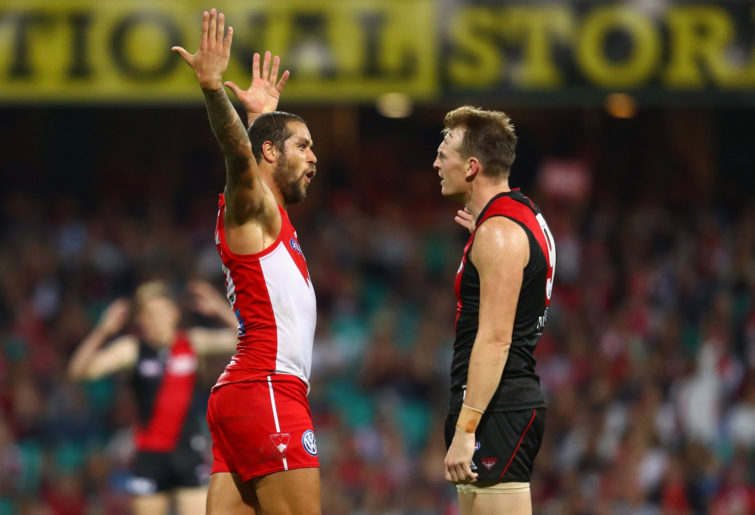 It had been a strange year to that point for the Swans. They started the season with six straight losses in a row and then went on to win five of their next six. Incredibly, after Round 6 that year, the Swans lost only two more home-and-away games for the year. Both to Hawthorn. Sydney were sitting in 12th spot on the ladder but boasted a percentage of 105.5.

Essendon, on the other hand, had more of a topsy-turvy start to the season. They won their first two and lost the two following that. Fast-forward to Round 14 and the Bombers were sitting at an even ledger and sitting inside the top eight.

The game was a seesawing affair from start to finish, and it was only fitting that the game kept building to a dramatic finish. Each time one team threatened to pull away, the other always came back with an answer.

Late in the third quarter the Swans got out to about a four-goal lead, so for Essendon to not only pull it back but extend their own lead just beyond three goals was exceptional.

But what about hero Gary Rohan. With 12 minutes to go in the final quarter he slipped in defence just has his opponent, Anthony McDonald-Tipungwuti, led to the ball. Tippa’s goal put the Bombers 11 points in front.

With four and a half minutes on the clock Rohan dropped a spearing pass from Lance Franklin. He was saved as the ball was kicked off the deck by Ollie Florent, but it could’ve spelt disaster for the Swans. 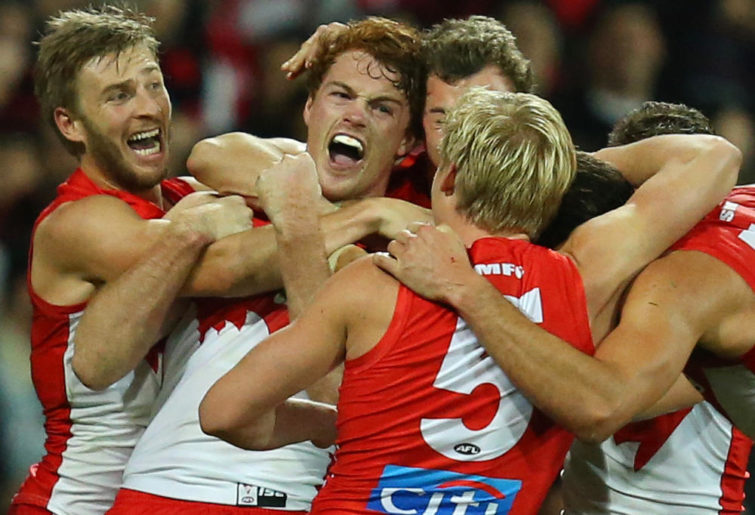 Now to the nitty-gritty.

Just under three minutes on the clock and the Swans were two points down. Sydney fought back. Of course they did. And Buddy missed a goal from outside 50 to bring the margin back to five points with 30 seconds on the clock.

You know what happens from here.

The brilliant smother by Tom Papley, the kick in traffic by Dane Rampe. The matchwinning mark and goal by Rohan. Beaten for much of the day, Gary Rohan came out on top.

Looking back on the game and perhaps looking back on the Swans in general, I think we take for granted how good that side really was. There was an even level of leadership and responsibility. They willed themselves out of the impossible situation that season, starting with six straight losses, and they fought back again that evening.

You don’t make 15 out of 16 final series between 2003 and 2018 by accident. It’s a combination of strong culture, good leadership off the field and a key core group on it. The Swans had it all.

The Swans had the last laugh not once but twice against the Bombers in 2017. The two teams met once more in 2017: at the SCG in the second elimination final. Sydney belted the Bombers by 65 points. Rohan again had an influence, with five marks, five tackles and two goals from five kicks.