Her next goal is Tokyo.

Not a bad list of achievements for someone who took up the sport properly in only May 2017.

Relative to many of her rowing teammates, Rowe was a latecomer to the sport.

As a child she played plenty of sports like football, netball and touch football. When she was 14 she took up kayaking following in the footsteps of her aunt, who represented Australia at the Olympics and then later became involved in her local surf club and achieving in success in surfboat rowing.

Her involvement in rowing came by chance.

“I have always been good at the ergs. I knew I was strong and I don’t know if it is a mental or physical thing, but I have a really good relationship with the ergo,” says Rowe. 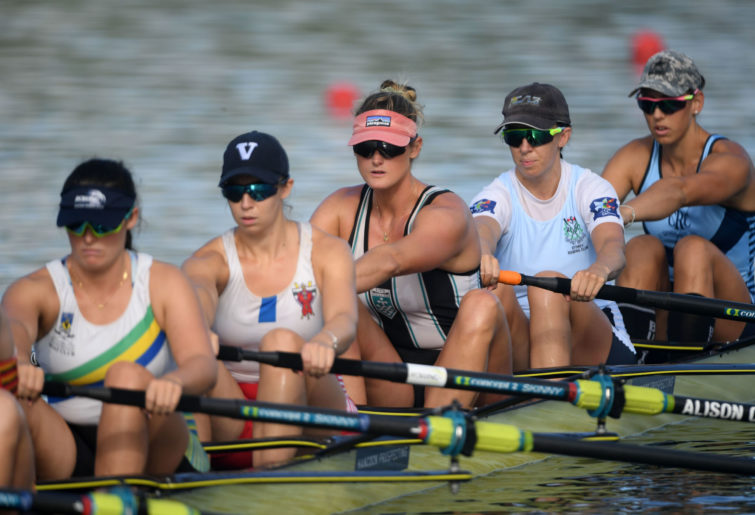 A friend of hers tagged her in a post on Facebook for the Indoor Rowing Championships encouraging her to give it a go. At that point she had never done any indoor competitions, but it seemed like a good excuse to have a day off work.

Rowe’s times were exceptional. She won the open women’s category in 6:38.7. She also won the 500 metres and then clocked 324 metres in the one-minute category, meaning a 1:32.6 split. These times were faster than any woman on the national team.

Those times certainly got Rowe some attention.

Within a week she had calls from Ron Batt who is participation and education manager at Rowing Australia, and also John Keogh, the Australia women’s head coach, wanting to meet her.

“He was very real. He said it would be hard and just because I could do an erg didn’t mean I could necessarily row,” said Rowe.

Despite the opportunity ahead of her, Rowe had a lot of considerations to weigh up, including financial ones and making sure she was able to support herself financially while competing in this new sport. It would also mean changes to her work schedule to make sure she was able to row each morning and then do a gym session in the evening.

But it was a challenge Rowe was up for, and it has paid off, with significant improvement and some international medals. 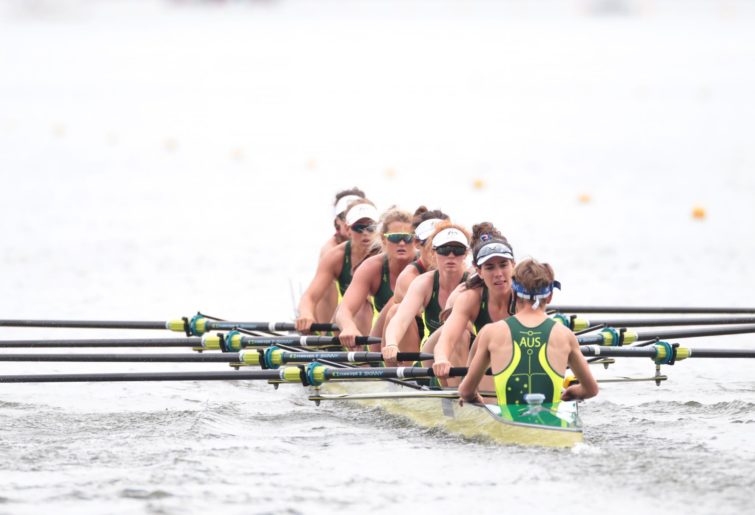 It may sound like a fairytale journey for Rowe, but rather than seeing her rise as a fairytale, it’s the result of hard work.

“It’s not a fairytale; I’ve worked hard,” she says. “Many times I have wanted to jump off a cliff because of the physical and mental exhaustion. Sometimes you just can’t see the light at the end of the tunnel.”

“It’s a choice. Consistently rising to the occasion is exhausting. But it is the best day job I have ever had.”

Rowe will need to continue to rise to the occasion for another year now given the announcement about the postponement of the Tokyo 2020 Olympic Games to 2021. But for now she is looking on the bright side.

“The announcement is a relief because there is now some clarity. It allows me to focus and push my goal back. Twelve months isn’t a bad thing, because I haven’t been rowing very long. So it’s not necessarily a bad thing for me,” she says.

It has meant some change, though.

“In the last two days I have had to rejig my life again. I had to call Canberra to get a single scull driven up from Canberra, get my coach to help me rig the boat,” says Rowe.

“On Tuesday I was driving home from Penrith with bikes and oars on the roof, an indoor bike on the car, and within 24 hours I was moving my life from the Blue Mountains to Narrabeen.”

It also means that Rowe has some extra time on her hands, which could serve Australia well.

As well as being a professional athlete, Rowe is also a registered nurse and is looking to do her part to assist with the COVID-19 pandemic sweeping across the country.

Rowe hasn’t worked for a couple of months now, with her focus solely being on Tokyo, but this has changed in light of recent events.

“Being a nurse, I want to help people if I can. I don’t like hearing stories about fast-forwarding student doctors or student nurses into the system in such a risky and stressful time, especially when there are people like me out there who can help,” she says.

Australia’s hopes for back-to-back Olympic gold medals in rugby sevens received a boost last month, when it was announced that Australian women’s sevens superstar Emilee Cherry had made the decision to extend her deal with Rugby Australia. While plenty has changed in the sevens space since Rio, Cherry will join a core group of women […]