The Hunter Region in New South Wales is located a couple of hours’ drive north of Sydney. Mines, wines and glorious beaches are among the attributes bringing attention to this area throughout its history.

Coal is the dominant resource here. Some would say that the region was built on the abundant combustible rock.

However, it is not the only precious commodity to have been unearthed from the Hunter’s fertile soil in recent times. Maybe there’s something in the water (or wine) here as it has also produced some super-talented rugby scrum-halves.

Over the past 25 years, this region of approximately 700, 000 people has manufactured no less than four Wallaby No.9s.

Steve Merrick (Singleton) was the first of this plucky quartet to gain national selection back in 1995. Nic White (Scone) is the incumbent Wallabies No. 9 and Luke Burgess (Newcastle) was capped 37 times for his country in the late noughties-early tens.

Josh Valentine (Singleton) was the second Hunter halfback to get the call up. He played six times for Australia between 2006 and 2009.

Many years down the line later, the now 37-year-old is still manning a hole with US Carcassonne in the French Pro D2.

Interestingly, Valentine’s half dozen appearances for the Wallabies completed a career Six Nations. He played one match apiece against England, Wales, Scotland, Ireland, France and Italy.

Valentine fondly recalls those precious moments spent wearing the gold jersey. But his feelings are also tinged with some disappointment as he believes this tally could have been greater if not for an untimely change of management with the national set up.

“I was super happy to represent my country and certainly proud,” he says.

“I felt like I could have played in more Tests and been more involved but that’s the way rugby goes. There was the George Gregan-Chris Whitaker era and I was sort of behind those guys. Then George got a bit older and Whits moved on as well. There was kind of an opportunity (at that time).

“Then Robbie Deans took over and started getting rid of the older guys like Phil Waugh and George Smith, and I was on the fringe at around 27 or 28. I was considered an older guy and missed out on that window of opportunity before Will Genia started getting a run.” 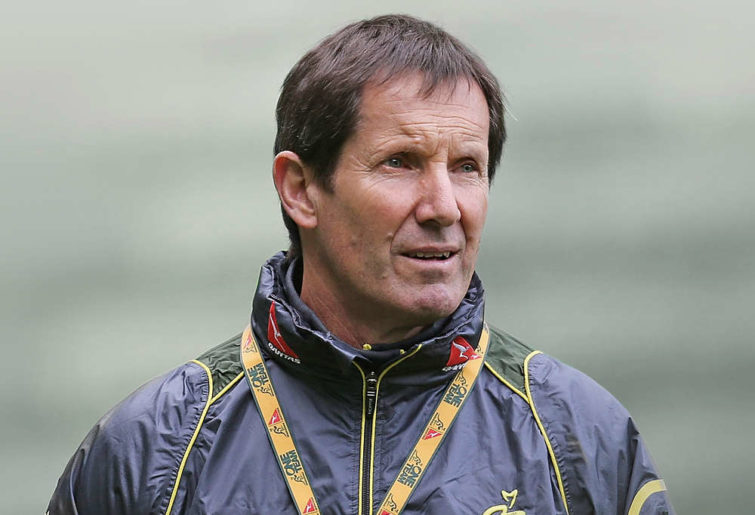 After his final Wallabies appearance, Valentine continued toiling away in Super Rugby with the Brumbies. He completed a pair of seasons with the ponies, his fourth Aussie franchise in nine years.

These two would turn out to be his last. Another change at the top proved fateful for Valentine and his career trajectory.

A three-year contract had been on the table to remain in Canberra, then Jake White was installed as Brumbies head coach and the deal fell through.

The timing of this was especially poor for Valentine. By the time he realised his time with the Brumbies was up the other Australian Super Rugby teams had already completed their rosters for the upcoming 2012 season.

So Valentine looked offshore. His old Brumbies teammate Justin Harrison was then coaching in France at Narbonne, and they happened to be in need of a scrumhalf. In December 2011, he made his move.

Fast forward eight-plus years and the feisty, blonde No.9 with the snappy service is still in the south of France. Valentine played two and half seasons with Narbonne followed by four more at Beziers. He is now in his second campaign with US Carcassonne.

These clubs are all located among a cluster of cities and towns in the country’s Occitanie region. Each of Valentine’s seasons have been spent in the second division, Pro D2.

After nearly a decade apiece in both Super Rugby and the D2, few would be more qualified to compare the two competitions than Aussie Josh.

“The biggest point of difference is the speed of play. Everyone’s a bit heavier over here so it’s slower and more physical,” he says. “In the Pro D2 everyone’s got a bit more weight on them so it’s not as fast. In Super Rugby, the breakdown – most of the time – is less contested.

“You also don’t get the heavy winter conditions in Australia. In the winter time here everything slows down and you see your typical northern hemisphere drop goals and taking penalty kicks. It’s like Test match rugby.”

The Pro D2 season dwarfs Super Rugby in terms of its length. The competition’s 16 teams play each other both home and away every season, adding up to a 30-game campaign. It sounds arduous, but Valentine gives the format two thumbs up.

“The competition layout is probably the best in the world, to be honest,” he says. “You’re playing 30 games plus playoffs, but you never play more than four of five games in a row then you get a week off.”

While Valentine is impressed with the format of the Pro D2, he is less so with the professionalism that he has witnessed with some of the clubs.

“I know my experience, my capabilities, my organisation, my planning and my professionalism. That’s something that a French side doesn’t necessarily have,” he says. 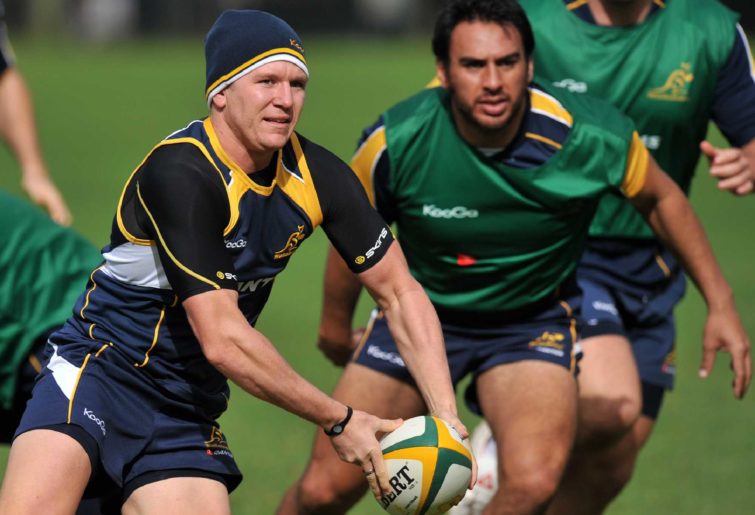 “I can’t speak for the Top 14, but I can say the coaching and medical stuff in D2 is just so far behind (Super Rugby). Obviously, the big teams are signing foreign coaches. There’s not a lot of good French coaches.

“There’s a lot of misconceptions in France, I think. It’s such a socialist country and everything is given to them so there’s not a lot of hard work done.

“There’s blokes that turn up just to get paid then go home and eat dinner, you know? You play two seasons with a guy and they still don’t know the plays. It’s pretty frustrating.”

Valentine, conversely, seems as committed as ever to being a professional player and teammate. Retirement for him could still be a fair way off as long as opportunities are there to keep playing.

“My body feels super good. I’m one of the fittest at the club and one of the strongest backs,” he says. “I’m also certainly enjoying the camaraderie and the team environment.

“I could comfortably play in this division another two or three years. My age doesn’t seem to have affected me like others. It all depends whether or not I get another contract.”

What about continuing to play at another level? Is there any possibility that Valentine would return to the Super Rugby realm after an absence of ten (or more) years?

“100 percent, I would,” he says. “Whether or not I’d get a contract at the ripe old age of 37… I know Australia is all about youth and it’s always been that way.”

It would be unprecedented for an Australian to come home and play professionally in his late 30s after a decade away.

Valentine’s contract with Carcassonne is up in a few months. He may get another contract there or somewhere else in France. He might not, either.

The cloud of uncertainty that the coronavirus pandemic has created could also implicate on his future plans, as it may for his fellow countryman playing abroad. 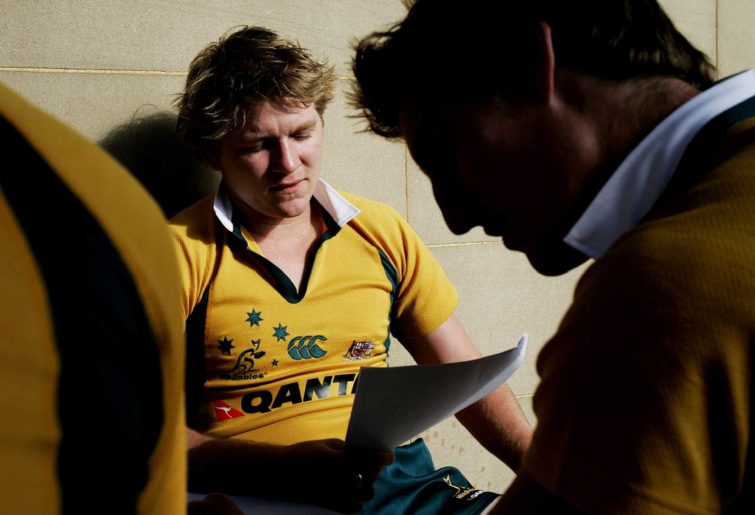 Australian rugby will get one of its daring diggers from the Hunter back later this year – Nic White. It should not be forgotten that Valentine is still around the traps too. Some may be sceptical, but that’s never been something that’s stopped him.

This wily veteran from Singleton still has plenty of energy left to burn. As has always been the case, those who count Josh Valentine out do so at their own peril.