I often think of Danny Buderus as the Newcastle Knights’ equivalent of George Harrison.

Playing alongside Andrew Johns – whose genius can only be equated to the combined powers of John Lennon and Paul McCartney – it was a long way down the track, arguably after they had gone their separate ways, that Buderus’ true importance came to the fore.

(You can invent your own Ringo in this analogy… maybe Sean Rudder?)

While Buderus had captained both his state and country during Joey’s time at the Knights, there was always a suspicion that Johns perhaps helped make Bedsy a better player.

After ‘the Eighth’ retired however, there was a reassessment of this and while few would argue the shoe was on the other foot – Joey won his first premiership with Billy Peden wearing the No.9 jersey, guy was and is the greatest – Buderus didn’t need an Immortal in his team to shine.

He’s obviously been overtaken by Cameron Smith in the ‘best hooker of all time’ stakes, but Buderus belongs in the argument to be placed second on that list.

And yet, much as he was outshone by Johns during his playing days, the difficulty of replacing Buderus has similarly been overlooked due to Newcastle’s halfback woes.

Since Joey hung up the boots in April 2007, the Knights have churned through halves at a rate of knots – think Jarrod Mullen, Luke Walsh, Scott Dureau, Ryan Stig, Tyrone Roberts, Trent Hodkinson, Brock Lamb and Jack Cogger, to say nothing of Craig Gower’s illustrious six-game stint in the Hunter – such that the title ‘the next Joey’ is now considered a curse. 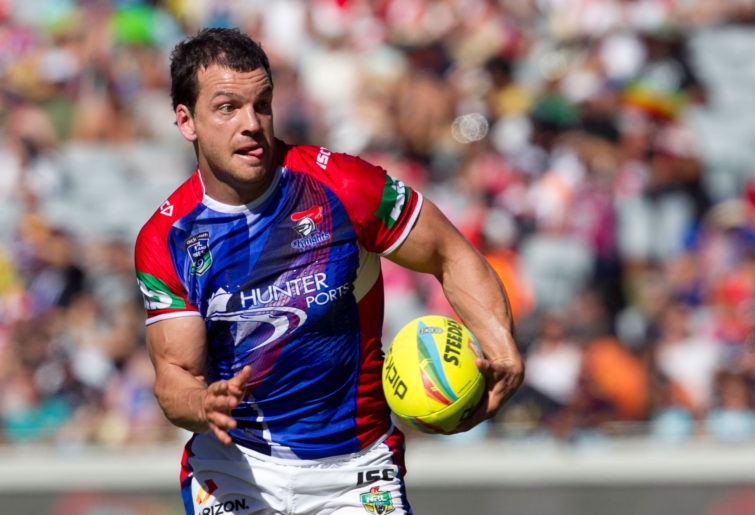 You know what’s creeping up there in the curse stakes? Being the next Bedsy.

It actually started while Buderus was still playing, when in 2007 coach Brian Smith anointed Terence Seu Seu as Buderus’ heir apparent in the red and blue, even going so far as to predict the then-19-year-old would one day play for New Zealand.

Instead, Seu Seu was sacked for off-field issues after ten games – all played as back-up or injury cover for Buderus – signed with Cronulla, then with Manly, before returning to Newcastle but this time to see out his career with the Cessnock Goannas in the Newcastle Rugby League.

When Buderus left for England at the end of the 2008, Smith signed Cronulla’s Isaac De Gois as his replacement.

While he was workmanlike over his three seasons at the club and had an unlucky run of injury, one couldn’t help but compare De Gois to his immediate predecessor, which inevitably hurt, and he headed back to the Shire ahead of the 2012 season.

So who could coach Wayne Bennett sign that wouldn’t suffer from comparisons to Danny Buderus? Yeah, that’d be Danny Buderus.

Bedsy returned from England and despite being 34 years old, it was only injury that stopped him from regaining his place in the NSW Origin side in 2012.

He played out two seasons, a fitting way for one of the club’s favourite sons to see out his career, but Newcastle was once again left without, well, Danny Buderus to play dummy half.

A series of pinch-hitters stepped up for 2014, with Adam Clydsdale the pick of the bunch ahead of Travis Waddell and Tyler Randell, while Mr Fix-It, Kurt Gidley, also spent some time at hooker. 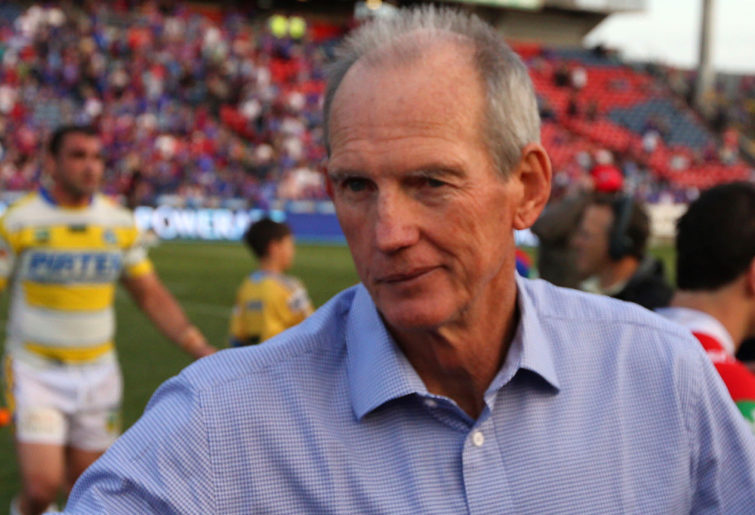 But a ray of sunshine poked through in 2015, when a young Kiwi by the name of Danny Levi debuted for the club – and just as well he did, because incoming coach Nathan Brown told Clydsdale he was free to look elsewhere.

Over the next few seasons, Levi had one of those ‘good on paper’ careers, playing Test footy for New Zealand and Samoa, and being re-signed by the club, yet always seeming to be on the outer.

If you wanted evidence of that, you needed look no further than the fact Brown went and signed Slade Griffin ahead of the 2018 season.

Griffin was coming off an extended apprenticeship under Cam Smith in Melbourne and had just won the 2017 premiership, but Levi was the incumbent Kiwis hooker. Talk about a vote of no confidence in a Test rake.

You’ve got to feel for Griffin – in the 2018 season, when the Knights saw debuts for the likes of Mitchell Pearce, Kalyn Ponga, Connor Watson, Aidan Guerra, Tautau Moga and Herman Ese’ese, Griffin was arguably the finest of the new signings and was a deserved call-up for the Kiwis in the mid-year Test.

Then, in his very next game for the Knights he did his ACL. He has since retired.

And so the Knights reluctantly reverted to Levi, although Brown also went out and signed Kurt Mann – whose history was almost exclusively in the backs – with the intention of turning him into a No.9 for the 2019 season.

The Mann experiment never really got off the ground and so Brown made a point of signing yet another hooker, Shark Jayden Brailey, midway through 2019 in yet another clear sign to Levi that he wasn’t in the club’s long-term plans.

Poor old Danny finally took the hint and headed off to Manly in February 2020. He has since reflected on his time at the club and Brown, saying “I’m just happy to be out of it”. 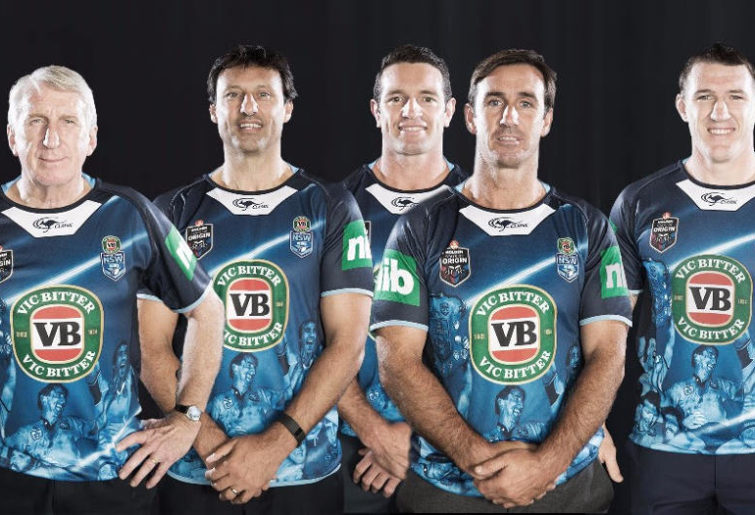 “It was hard, it was a bit of a rollercoaster. I thought there were things that were unfair,” Levi said.

“You hear a lot of stories where coaches that just don’t like you, no matter what you do. You could be in his bad books and that’s it. I think I might have been in a situation like that.”

Few would disagree with his take, but it is what it is and you move on.

And with Brailey the Knights appeared to have moved on with an absolute gun. Obviously we only saw him for two games, but the crafty No.9 was developing a running and kicking game that didn’t seem to have been encouraged in his time at Cronulla, and he was gelling well with his fellow spine players Pearce, Ponga and Mann.

Naturally, he’s done his ACL and – let’s not talk about that other, obvious reason why – it’s highly doubtful he’ll be seen on the park again in 2020.

So the Knights are, once again, left with part-timers to play hooker. Maybe Connor Watson will step up – he made a decent fist of it at the end of last season.

But in the years since Danny Buderus retired, it’s become clear that while being ‘the next Joey’ isn’t a tag you want, ‘the next Buderus’ may be a curse in and of itself.

After all the speculation, Mitchell Pearce will not be the Newcastle Knights skipper come the 2021 season.

The infamous ARL versus Super League war in 1997 saw the competition split in two.