The Professional Footballer’s Association’s threats of a legal challenge to the move appear genuine, with the men from the west no doubt feeling that the terms of their contracts demand they receive the remaining entitlements from the club.

However, just as the NRL and AFL suggested that their industries were potentially deserving of financial intervention in order to ensure they bounce back to life – if and when the COVID-19 pandemic subsides – the PFA’s stance will similarly rub many the wrong way.

While A-League players are certainly not monetarily rewarded with the same excesses as their European counterparts, the minimum wage for 2019-20 is A$64,113. 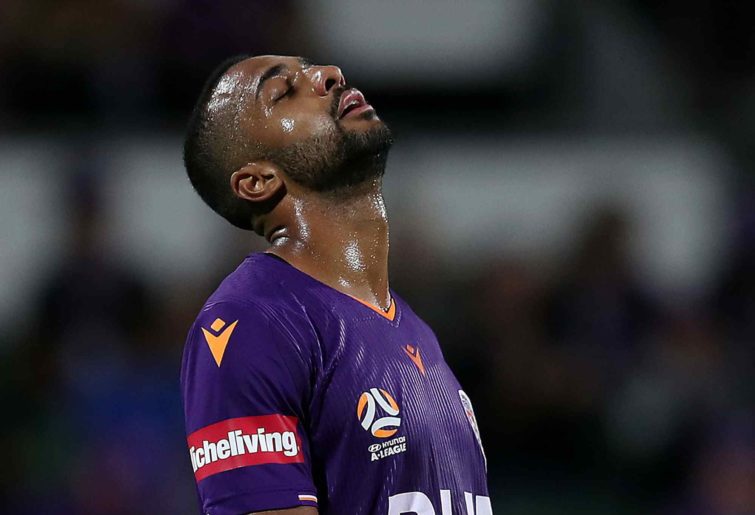 Using a 23-player squad and the A$3.2 million salary cap as a barometer, the clubs theoretically have A$139,130 to spend on each player.

Of course, no club takes this communist approach in the dishing out of wages, with emerging players earning little more than the minimum and the big guns occupying much of the salary cap space.

With money outside the cap also permitted to lure international marquees to our shores, players at the elite level are indeed well looked after in comparison to the majority of the Australian workforce.

And therein lies the annoyance many would be feeling towards the Glory players and PFA CEO John Didulica’s claim that the standing down of the squad without pay was ‘unlawful’.

With other clubs considering a similar move in an attempt to increase their chances of long-term survival, Didulica unequivocally suggested that the PFA would take on such moves in a legal and aggressive manner.

Rather interestingly, FFA has reduced its paid staff commitment by 70 per cent and as with a host of industries across Australia, those effected will cop it on the chin; knowing that if revenue ceases or is dramatically reduced there is no feasible way for the rank and file to be paid what is owed to them.

Somehow, the PFA seem to believe that the entitlements of footballers are somehow guaranteed in spite of the unprecedented situation and more important than the wages and salaries of many Australians who are now standing in a Centrelink queue.

Such a view has been created by the modern commercial reality that sees sports people paid offensive amounts; joining the stars of the entertainment world as the highest paid individuals on the planet.

Not only are the numbers often obscene, it also appears that those fortunate enough to receive them seem stunned and aghast that they could be removed in times of crisis, yet the incomes of Joe and Janet average appear fairer game.

Across the globe, the general populous bemoans the success and profiteering of big business, while suffering with underfunded social and community services that continue to put further strain on the household budgets of those of us in the majority.

While promises of trickle-down benefits are endlessly thrown towards people, particularly in election years, the reality for most is that we are the workers, those who squeeze every last drop of energy from ourselves in order to feed families, pay mortgages and educate children.

Many of those people in Australia have now lost their income source, or a significant part of it and while the federal government attempts to provide a safety net to ensure their financial calamity is not inevitable, the reality is that many will slip through the weave and suffer awfully.

The banks may well offer some respite in the short term, however mortgage and rent payments will eventually be missed, school fees overdue and outstanding utility bills see families torn apart.

Somewhere between 240 and 260 contracted A-League players could well find themselves in such a position, with mortgage stress briskly building and that is wished upon no one.

However, any efforts made by the PFA to legally enforce the remaining payments owed to the players as the season’s window continues to slip ever further away, is insulting to those who have already had their income source taken away or severely lessened.

It appears there could well be an additional 800,000 to 1,000,000 Australians out of work by the middle of winter and a 12 per cent unemployment rate for the government to deal with and repair in 2021.

That scenario pleases no one and Australia is united in sympathy for those impacted. However, Didulica and co. need to be acutely aware that athlete’s wages, nor the agreed contract between club and player are not exempt from the COVID-19 outbreak.

Most Australian employees have a contract yet the Fair Work Act clearly protects an employer’s right to stand down employees in situations such as the one in which Australia currently finds itself.

If the PFA wishes to argue that, it will lose and also annoy millions of Australians who are probably doing things a little tougher than the average A-League player right now.