Now when I say better game I am not being abstract, I have two criteria in mind – one is personal but leads into the second.

The first is the game needs to have more open-field play, more offloading, more ‘eyes up’ football – an ad-lib game based on broken play that gets away from the hit-ups and set plays that have dominated the game for the last 15 years.

All this is down to coaches trying to control every facet of the game with no-risk football, with micro-changes to defensive structures and attacking set plays.

Wanting more offloads and ad-lib footy is a personal preference and I am not expecting everyone else to be leaping with joy at the suggestion. Some of you love the glorious impact of two muscular middles smashing into each other and all the rows of stats that go with it.

This leads to my second reason: to encourage more diversity of playing styles. The game will be richer if there was a greater clash of styles. If there is more open play, coaches will either explore the more space or focus on how to close that space up again. That will create different styles of play.

The only recent team I can remember to really try a different style of football was the Ipswich Jets of the Walker brothers and they won and were great to watch – the Broncos of 2015 even borrowed some of those game plan elements but since they didn’t make that last tackle we all went back to the stock standard style of play.

Even the Jets winning was not enough to win over other coaches since they didn’t win every game the next season, that being reason enough to not even consider a new way of playing.

We need to give them a push to change.

The main reason we have such a structured, sterile game is the large amount of stoppages. Teams are desperate to slow the game down at every chance and that includes constantly giving away penalties.

The constant and lengthy stoppages takes away the endurance element of the game and as a consequence means all the players can focus on bulking up. A slow game allows coaches to exert much more control as well, stifling creativity.

My reaction to all this is to suggest a raft of changes that speed the game up. We need to get all the players’ endurance tested during a game and hopefully that will lead to more broken play and reward more instinctive play that we used to see in the game. 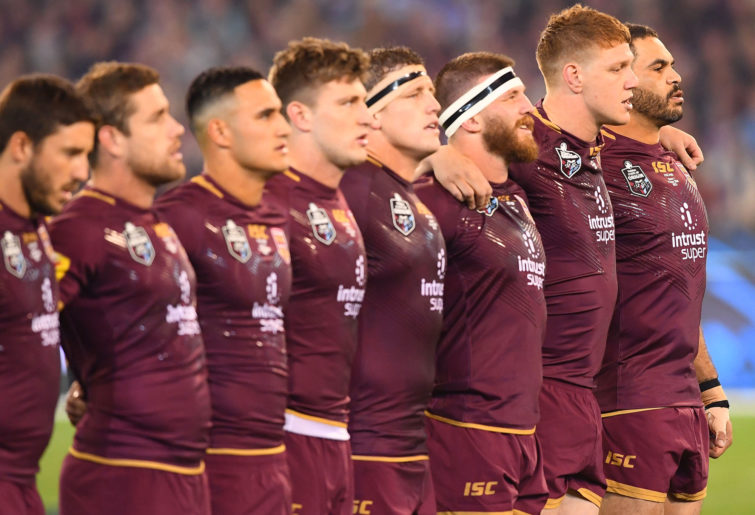 Scrums
We need to lose scrums. Yes, get rid of them. A changeover is all that is needed, quick and easy.

Scrums are not a contest of possession anymore. In old games, there were instances where they packed two scrums in the time it takes for a modern scrum to be cleared. Scrums are now a way to hand the ball to the other team in the longest way possible and give everyone a nice long rest.

Getting rid of scrums gives us a significant speeding up of the game.

The ruck and offside
Ruck infringements are a gold mine for slowing the game, with the added bonus of disrupting the opposition’s attack. We have all seen teams deliberately give away penalties defending their line.

This is where we need to just call six again instead of a penalty. How keen will teams be if they are just defending more tackles close to the line?

The second defensive infringement in the next three sets incurs a penalty and an automatic five-minute sin bin. This makes it clear about what constituents a sin bin, none of this ‘in quick succession’ nonsense.

If teams started fouling regularly in the fourth set, then the ref would have the discretion to bin more players.

Sin bin
We can’t have players ambling off like they do now, so a binned player has ten seconds to get off the field. Failure results in a ten-minute sin bin. 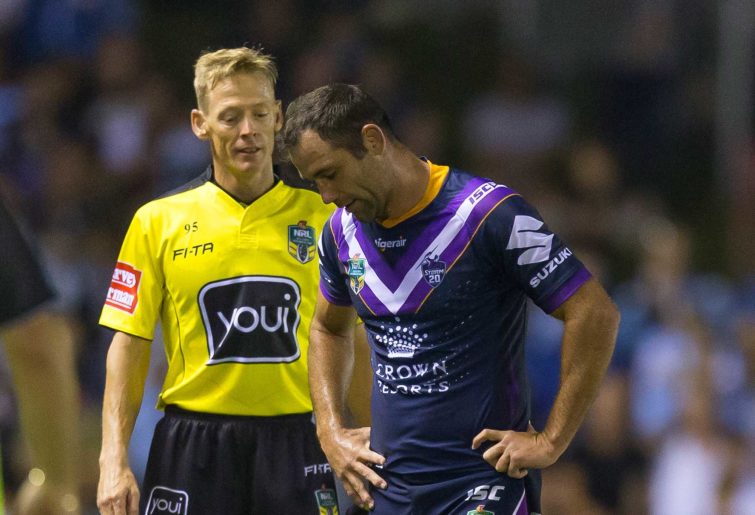 Quick taps
Quick taps are another chance to really get rid of the stoppages, the referees hold things up far too often.

Quick taps are allowed with two restrictions: any offside player getting involved will be penalised. The only other restriction is making sure you tap it on the penalty spot – or at least very close so we don’t keep pulling them up for 30 centimetre difference like we do now.

If the defending team isn’t aware enough to get back as soon as they hear a whistle then that is their failing.

The bench
Many talk about reducing the interchange as a way to get back the little man but we need to cut to the chase and have a four-player replacement bench, no interchange.

Big men need to play more minutes in succession, even if coaches use the same strategy they currently do and give each prop 40 minutes, then under the replacement system they have to do those 40 minutes straight, no big rest in between shifts.

Head-high tackles
Most of the wrestle comes from the initial contact grab that players attempt – hitting chest on chest and wrapping two arms around the attacker to get that first lock engaged. This results in head contact, especially head clashes, so to stop the initial wrestle lock, any contact with the head will be deemed illegal play when tackling standing up.

While this needs refinement, just hoping teams stop the wrestle is wishful.

Video ref
Video refs would be the darling of Channel Nine with all the excruciatingly long, incessant stoppages they create.

Many want perfect accuracy with the decisions on the field but the current system of checking every second try just provides excessive rest. 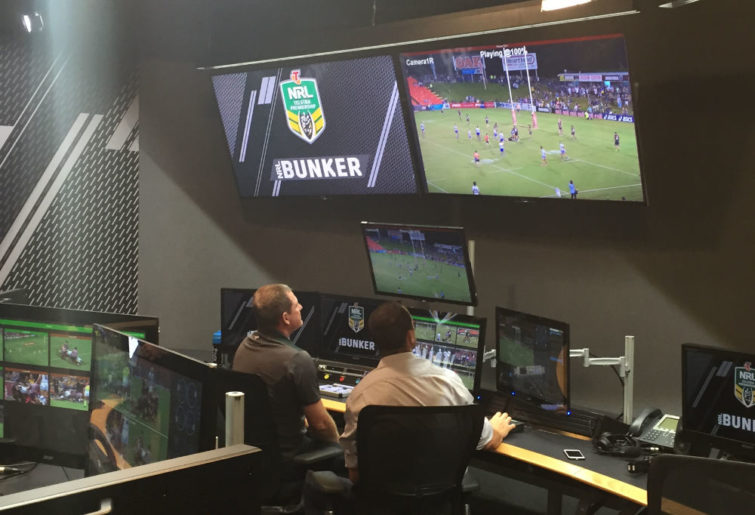 Runners and injuries
No runners on the field during play.

If you are thirsty, come to the sideline in a stoppage and get a drink. We don’t need runners on the field during play, ever. (I threw that one in just for Tim Gore.)

When trainers come on for injuries, only stop play for serious issues – if someone gets cramp (or, more likely, is pretending to cramp) the take the ball, take a step to the left and carry on.

This is going back to the old days and is a fairly common suggestion. To minimise the risk of a seriously injured player not getting the immediate treatment they need, independent doctors should come on when concerned, therefore stopping the game will only happen when required and teams won’t be able to game the system.

Players will adjust their acting to try and get stoppages but we need to be aware of it and play on as much a safely possible.

40-metre kick
In an extension of the 40-20 and 20-40 rules, the kicking team retains possession if a kick finds touch from any ten-metre zones separated by 40 metres.

This will keep wingers dropping back, which means more running for them and other defenders who have to cover that extra space.

In addition there is more chance of broken play.

Goal kicking
Kicking goals should have a 30-second clock from the moment the ref awards the try. For video refs, the player has to wait for the ref to give them the ball. Bring fatigue into goal kicking as well.

This is clearly a lot but if we leave it to incremental, minor tweaks, teams will be given time to adjust. We need to keep the game moving and even if half of these changes were implemented that would make a big difference to fatigue levels.

Don’t give time for players to rest, they will get enough with the video referee stoppages.

Players should be stretched aerobically for the good of the game.