However, when it comes to an outstanding talent developing in the league this season, the obvious answer doesn’t reside in one of the division’s top teams.

Ebere Eze, who was picked up by QPR following his release from Millwall in 2016, has had an incredible season orchestrating Mark Warburton’s Rangers attack, playing predominately in a ten role for the side. So far this season he has scored 12 goals and registered eight assists for the London side, directly contributing to 37 per cent of the Hoops’ goals this season.

As a whole it has been a roller-coaster season for QPR fans, with early-season form followed by a period of poor results around the Christmas period, again followed by a good run of wins in recent weeks, which leaves them in 13th position, six points away from Preston in sixth. They have also seen a big change in attack, with top-scorer Nahki Wells now plying his trade for Bristol City after a £4.2 million (A$8.5 million) January move from parent club Burnley.

However, this has not altered the form of Eze throughout this season, as he remains the most vital cog in Warburton’s side. Besides the now-departed Wells, he is the top-scorer in the side as well as providing the most assists, three clear of midfielder turned left back Ryan Manning in second. He has also played almost 400 minutes more than any Rs player, only missing 27 minutes for them in the league this season, signifying his importance to the London outfit. 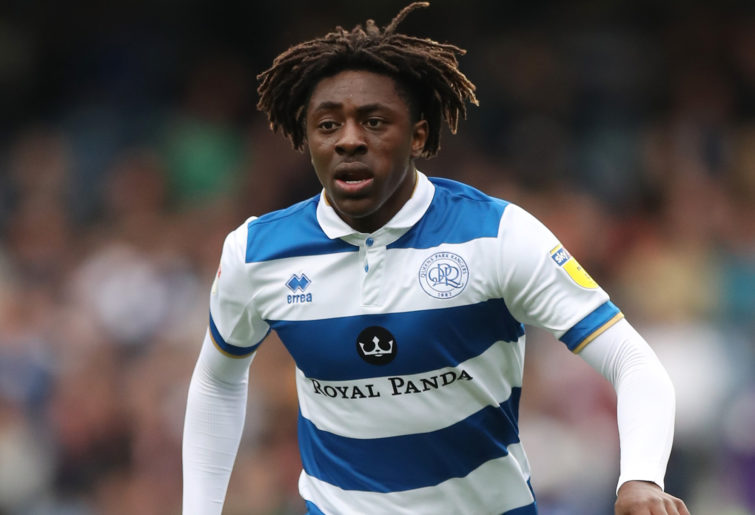 The significance of Eze is highlighted further in several key statistics so far this season. He leads the squad in shots and dribbles per 90 at 2.4 and 3 respectively as well as topping the squad and coming fifth in the Championship for the amount of times he is fouled at 2.4 per match. He also provides 1.9 key passes a game, which is equal top with Manning. He also maintains an exceptionally high pass success rate at 86.4 per cent, only trailing defender Conor Masterson in that category.

Although it is not as if he has only performed to this outstanding level this season for the Hoops. He was given a massive vote of confidence by the club when he was handed the number ten shirt at the start of last season. Despite not directly contributing as much as this season, registering four goals and three assists last campaign, his underlying numbers were still excellent for just a 20-year-old, and he has filled the void left by Luke Freeman’s move to Sheffield United last summer with relative ease.

There are players such as Kalvin Phillips, Aleksandar Mitrovic and Saïd Benrahma who have had a major impact in the league towards the top of the Championship table. However, the importance of 21-year-old Eze to not just QPR’s attack but their system as a whole cannot be understated when it comes to discussing the best players in the Championship.

With a play-off place and subsequent promotion to the Premier League looking extremely unlikely for QPR this season, this season could well be Ebere Eze’s last at Loftus Road with heavy interest from several Premier League clubs. A move to Spurs is mooted regularly in the press. The next move for the English under-21 international could prove to be the most vital of his career, as he must find a club in the top flight that will give him the playing time he needs to reach his undoubted potential.

While it may be more obvious to put a Mitrovic or a Benrahma forward for Championship player of the season, it must go to Eze. He may not have scored as many as Mitrovic or been as eye-catching as Benrahma has been at times, no other player in the football leagues let alone the Championship has had as much of an impact on a club as Ebere Eze has had on this QPR side.

The second week of EPL games brought us some entertaining action, with a total of 44 goals being scored league-wide, the most ever in a single match week.