DJ Newbill – 9/10
At the end of the season, Newbill was awarded the NBL defensive player of the year and rightfully so. DJ Newbill had a huge year and it was great to see him get some recognition for it. He turned it up a notch from his individual year the previous season. He impacted both offensively and defensively and was a leader both on and off the court. He improved in almost every statistic and helped Cairns Taipans reach the play-offs in what was a season to remember. I hope we see him in the NBL in the future, ideally with the Cairns Taipans.

Cam Oliver – 9.5/10
He was by far the best big man in the league this season, from big dunks to big blocks. Cam Oliver had a season to remember for all the right reasons. His perimeter shooting was fairly efficient, averaging over 35 per cent from the three-point line. He averaged 17 points a game, almost ten rebounds a game and nearly two blocks a game. His rim protection was a key component to the Cairns Taipans’ success. He was damaging in every category a centre can be in. I just wish he got more recognition in the form of accolades on the NBL awards night for the stellar season he actually had.

Scott Machado – 10/10
He led this team from start to finish. Like Newbill, he was also a leader on and off the court. He was named the fans’ MVP and also first team All NBL and took the Cairns Taipans to the play-offs. Machado averaged over 16 points, a high conversion rate of nearly 40 per cent from the three-point line and nearly ten assists a game. He was a pass-first point guard and always tried to get his teammates involved, which created a great team chemistry and culture within the team. He also set the record for most assists in a NBL season in the 40-minute era. This was a season that I just cannot fault and also would have been a deserved NBL MVP winner had he won that award. I hope to see him in the NBL next season.

Majok Deng – 7/10
He was a great asset for the Cairns Taipans this year. He used his length well and became damaging at times with his shooting. Deng averaged 12 points a game at a 48 field goal percentage, which was the most in his career by a considerable margin. He improved in almost every statistical category, which saw him rewarded by playing the most minutes he ever has in his career. It was a great season and he can only get better, seeing as though he has two more years to go on his contract and has some stability, which will relieve some pressure. 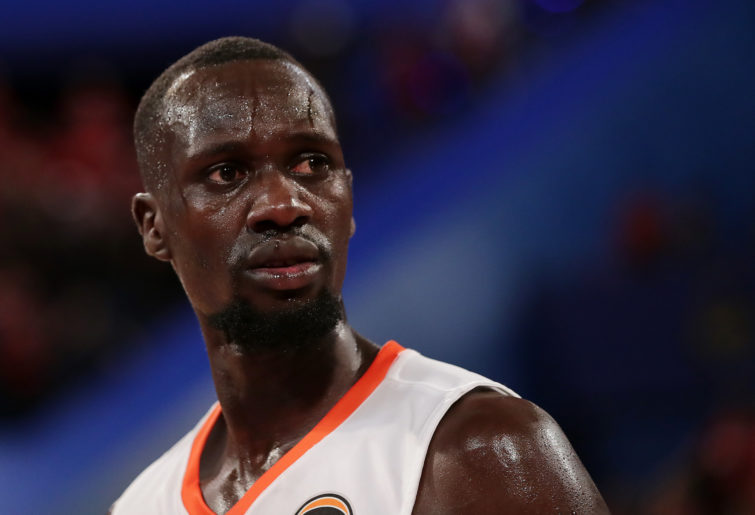 Kouat Noi – 6.5/10
Injury sadly ruined Noi’s season and probably cost him the NBL rookie of the year award. The first part of the season saw him be damaging with his length and athletic ability. After his major injury his return was pretty underwhelming and his confidence dropped immensely. He wasn’t really the same player for the rest of the season. He still managed to average ten points a game and over six rebounds. It was a great start to his professional career and if he isn’t drafted into the NBA this year I expect him to return to the Cairns Taipans for an even bigger year to prove to us that he isn’t just a one-hit wonder.

Nathan Jawai – 6.5/10
Finding himself in the best shape of his career, the so-called Outback Shaq turned back the clock and had a pretty good season. Jawai found himself in a new role this season mainly being a back-up centre to be that second punch for when Cam Oliver came off the field. He also provided great screens and blocks for his teammates and averaged over 56 per cent from the field. He fell in love with his role this year and I don’t see why he can’t replicate this form next season.

Mirko Djeric – 6/10
He was mainly brought in to be a role player off the bench. He was forced into the starting line-up due to the injury of Kouat Noi, which then turned out to be a great replacement for the team. Djeric gave 110 per cent and helped space the floor with the threat of his deep three-point shooting but also knocked down shots when he needed to. His individual statistics don’t really reflect his importance to the team, mainly due to him having a different kind of season with starting on the bench to then being a starter. I hope to see him in the league next year to try and take it to another level.

Jarrod Kenny – 5/10
He wasn’t expected to do much but he gave the cover he needed to when Scott Machado needed a rest. He was able to hold down the fort until Machado was able to come back. He was a great role player and who held the fort down for his time on the court and didn’t make a lot of errors or turnovers, which is essentially a role player’s most important job. He was reliable when called upon.

Fabian Krslovic – 5/10
For still a development player in many people’s eyes, Krslovic had a pretty good year with extremely low expectations. He had some moments that gave Mike Kelly some hope that he can potentially be a reliable role player in the future. This was his year to make it or break it in this league and this year will give him and the Taipans’ coaching staff some new-found confidence.

With one team on a ten-game losing run and the other having lost five straight, time is running out for the Cairns Taipans and New Zealand Breakers to get things on track in the NBL, making Sunday’s game a crucial one for both. 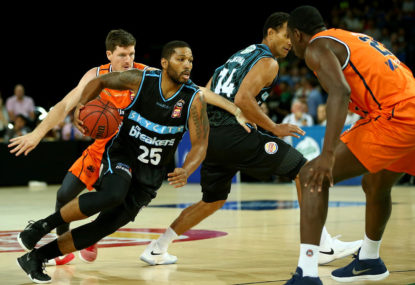 Overcoming odds par for the course for Waxy in NBL

Any nine-game losing streak ahead of a tough road trip to tackle the league-leaders is going to make for challenging times, but Cairns Taipans vice-captain Lucas Walker has overcome plenty in his NBL career to reach 200 games and this current hole is one he sees a way out of. 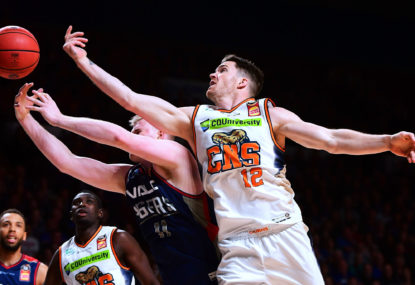 Overcoming odds par for the course for Waxy in NBL

Mike Kelly saw plenty of what he wanted from the new-look Taipans in his first game in charge of an NBL team. 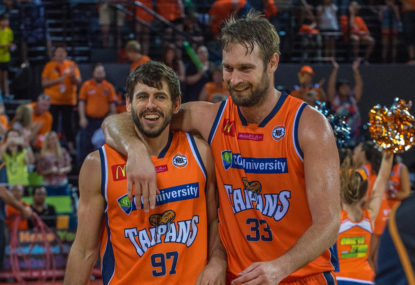 The Perth Wildcats will look to secure third spot on the NBL table when they host the Cairns Taipans in the final game of the season. Join The Roar for live scores and coverage from 7pm (AEDT).

Weigh proud to end NBL career on own terms

Having decided to end his NBL career on his own terms, Cairns Taipans forward Stephen Weigh couldn’t be happier to be playing his last game on Sunday back in Perth, where he won a championship but has also had some of his career highlights as an opponent. 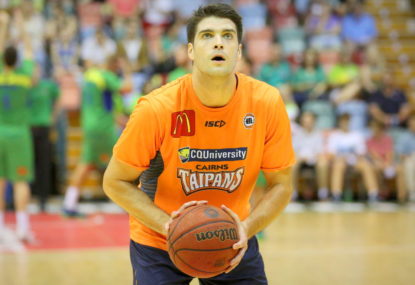 Weigh proud to end NBL career on own terms