The legend of Phar Lap united a nation in the midst of the Great Depression, the Cup’s king Bart Cummings reigned supreme until the turn of the century and among the international raiders, Makybe Diva’s trilogy of wins solidified her as the people’s horse and an icon that we can proudly call our very own.

Melbourne Cup day has been observed in Australia on the first Tuesday of November since the first race was held at the Flemington Racecourse in 1861.

However, a cultural standpoint for the state of Victoria it is not without its critics, who continue to ring louder in the wake of the Darren Weir and Jarrod McLean scandal.

The Melbourne Cup is the focal point of Victoria’s annual Spring Racing Carnival and is held on the second of the four major race days, held at the prestigious Flemington race course.

The spectacle of the Melbourne Cup Carnival reaches far beyond the racetrack with the fashion from celebrity guests in the bird cage, plus heels turning to bare feet on the general admission lawns. It’s a day among a week of showcasing what the state of Victoria and racing industry has to offer.

Derby Day kicks off Cup week proceedings and is regarded as the biggest and best days racing of the year by purists, featuring six Group 1 races and the Hotham Lexus Stakes, which is the final chance for Melbourne Cup hopefuls to secure a place in Tuesday’s Cup.

Once the Cup is run and won it’s onto Kennedy Oaks Day, more traditionally known as Ladies Day. The tradition of Kennedy Oaks Day is beauty, femininity, style and grace. It’s a day race-goers can embrace wonderment.

This year the Victorian Racing Club and Flemington have redesigned Oaks Day, which in recent times has struggled compared to the more notable days, moving it to a twilight meeting. This change is also a historic moment, signalling Flemington’s first ever twilight race meeting.

The week is wrapped up by the Group 1 Seppelt Wines Stakes Day. It is a celebration of the week that’s been, filled with quality racing, fashion and entertainment. This allows attendees the opportunity to let their hair and heels down a little as the pace of the track softens for a family-friendly day out.

Whether it be for the spectacle of the animal or the opportunity to dress up, drink wine and socialise with with friends and family, the Melbourne Cup Carnival has something for everyone. 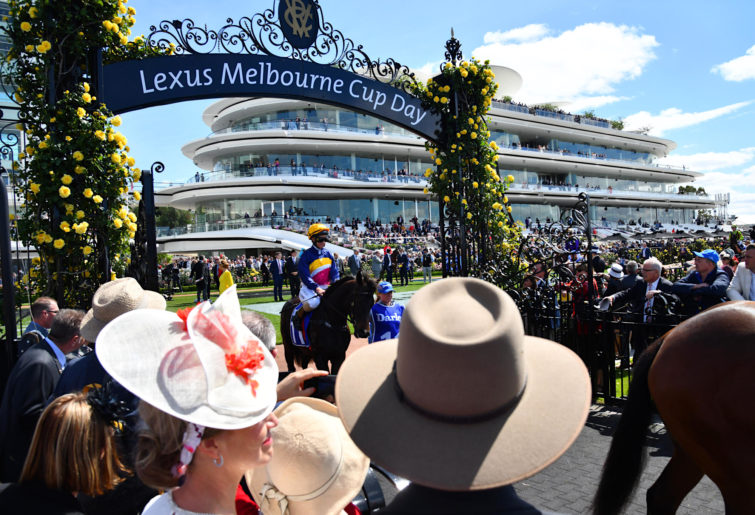 Aside from the glitz and glamour, the Cup Carnival is not without its critics. There are calls to push the Melbourne Cup back to the end of November.

It is extremely speculative as moving the Cup into a time slot weeks after the other three feature cards takes away from the aura surrounding the Carnival.

Racing NSW scheduling of the $14 million Everest on Caulfield Cup Day and now the introduction of the Golden Eagle on Derby Day suggests these critics have some undermining motives behind the VRC moving the date of the Cup until the very last week in spring.

Michelle Payne’s historic win for women aboard 151-to-one outsider Prince Of Penzance and Damien Oliver’s emotional post-race salute after taking out the 2002 Cup aboard Media Puzzle a week after the tragic death of his brother in a fall are moments not only cemented in time within racing but feel-good stories that have extended far beyond the screen. It’s more than just a race.

So rather than push the cruelty and exploitation agenda during racing’s week on the national stage, take the time to appreciate the social and cultural impact the Melbourne Cup Carnival has had on Melbourne, truly shaping it as the leading events city in the world.