Despite initially recording a relatively good start to the league campaign, which included a famous 3-2 victory over Manchester City, they have struggled to compete in this division, currently sitting in last place and eight points from safety.

There have been many factors as to why this Norwich side has struggled to adapt to the Premier League having been so dominant in the Championship last season. Despite early-season form from talisman Teemu Pukki, the Finn has only managed five goals since September. This – coupled with a leaky defence that has conceded 52 goals so far this season, second most in the league – and it is easy to see why Farke’s men have struggled in the league this season.

Although one player who has adapted to the quality of the Premier League better than any of his teammates is Emiliano Buendia. The Argentinian winger, who arrived at Carrow Road from Getafe in 2018 for €1.5 million (A$2.7 million), has provided seven assists for his Norwich teammates predominately operating from the right flank this season. This following the eight goals and 12 assists he contributed last season as Norwich won the Championship.

He has been the outstanding player in the league this season for the Canaries, and that is backed up by the statistics surrounding his game. He currently ranks fourth in the Premier League for total assists with seven, as well as also ranking fourth in both key passes per 90 and dribbles per 90, in which he completes 2.6 and 3.3 respectively. He also ranks clearly on top in these three statistical categories when compared to his Norwich City teammates. 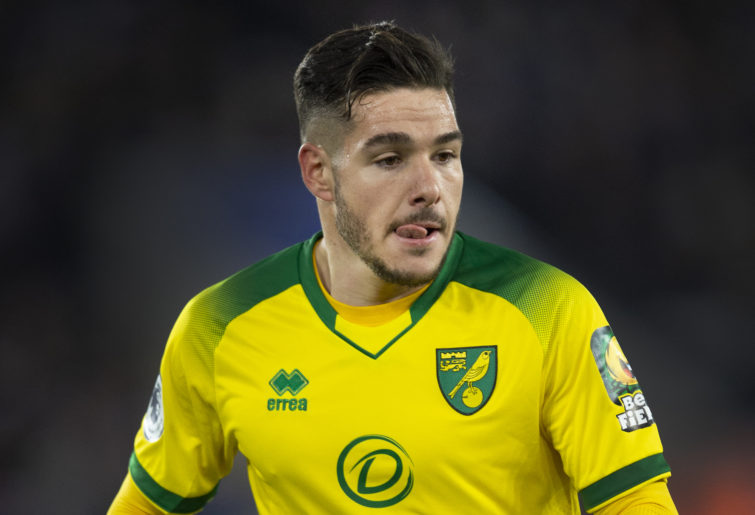 It is not just his dribbling and chance creation that are so impressive in this Norwich City side, but his defensive capabilities from the right flank too. He completes 2.3 tackles per 90, which ranks him top in the league for attackers, 24th in the league out of all players and fourth in the Norwich squad. He is also the only player in the league with over 50 tackles, chances created and take-ons completed, which shows just how good of an all-round winger he is.

One area of his game, however, that has not been as pronounced as his dribbling and chance creation is his shooting so far this season. After registering eight strikes in the Championship last season, he is yet to find the net in the Premier League for the Canaries. His shots per game have dropped from 1.9 last season to 1.1 this campaign, although that still ranks him third in the squad, which also highlights how disappointing this Norwich side have been in front of goal this season.

Minus a miracle when the league returns from the indefinite break caused by the COVID-19 outbreak, Norwich will be playing Championship football again next season, but it will most likely be without their star winger. Buendia will have his pick of clubs from the Premier League and potentially other top European leagues in the transfer window, with West Ham being the most recent of a host of clubs to be linked to his signature.

Despite the Norwich squad disappointing many hopefuls and fans alike with a dismal Premier League campaign and with many of their so-called exciting talents failing to step up this season, Emiliano Buendia has risen to the occasion for the Canaries, and it is why he will be playing top-flight football next season and most of the current Norwich squad won’t be.