A debate that always emerges each year is whether AFL players’ contracts should be public.

Players’ contract details are not publicly available and the AFL’s contract situation is often compared to American sporting codes like the NBA, NFL, MLB and NHL, where players’ contracts are public knowledge.

When looking at this situation, the current landscape needs to be considered.

An AFL player’s contract details are often still revealed by the media when a player is out of contract, re-signs or moves to another club.

A shift is probably coming to AFL list management soon, with the ramifications COVID-19 will have on the entire football industry and all of society.

AFL teams’ list sizes and salary cap are likely to be reduced, enhancing scrutiny on contracts.

When looking at most arguments for making AFL players’ contracts public, they ultimately circle back to a shared interest in transparency within the AFL industry, media and supporter bases.

As mentioned earlier, players’ contract terms are already being reported by the media. The current system in place is not stopping the spread of information and can result in false details being put out there, since it is not coming from a primary source.

By making contracts public it could provide greater clarity and stop the spread of misinformation and speculation, while enriching the debates over players in the media and among supporters.

The adverse repercussion of this is it provides extra ammunition for certain players to be targeted with.

AFL Players’ Association CEO Paul Marsh said he does not have an issue with the idea. While he raised concerns over the effect it could have on players’ mental health, he saw it as an opportunity to increase the amount of money players make because the player market would now be transparent. 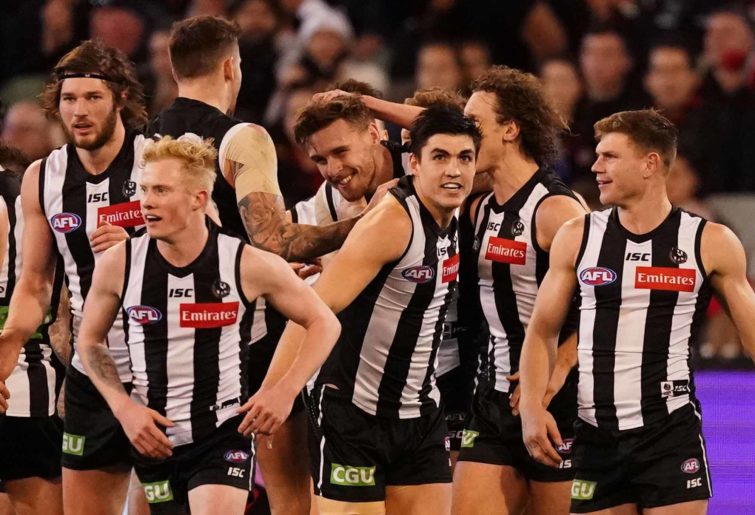 Players could leverage their value when compared to what similar players are making in the league or be targeted by other clubs who feel they could offer them a better deal.

The argument could also be made that since the AFL clubs operate under a member-based system, members have a right to know players’ salaries, like other financial details shared annually by the clubs.

The biggest problem with making this change, though, is the effect it will have on players’ mental health, which has already been seen when some players’ contracts are made public via the media.

When mental health is already viewed as the biggest issue facing modern AFL players, why would a barrier be removed that stops them from being under more scrutiny?

The most infamous example of this is Tom Boyd, whose struggles with mental health and early retirement have been well documented.

Boyd was put under massive scrutiny after signing a massive seven-year contract worth around $7 million, which he got for joining the Bulldogs as just a second-year player.

He was constantly labelled with tags of being overpaid or the million-dollar man, and it became the defining narrative that followed him for virtually his whole AFL career.

Other similar examples are the likes of Jeremy Cameron, Chris Mayne and Tom Scully, who were all criticised at different points during their respective careers for being overpaid. All three of them have since been able to silence their critics with their output on the field.

This accompanies a general sentiment shared by many that AFL players as a whole are overpaid, most recently surfacing during the dispute over the pay cut players should take.

While there are potential benefits to making players’ contracts public, they seem insignificant when compared to the potential ramifications on players’ mental health.

In a business that already puts players under massive amounts of pressure, stress and scrutiny, making their contracts public would only add another load.

The arguments for this change largely centre on public interest, general curiosity and transparency.

These factors would not structurally shake up the industry in a significant way, especially when compared with the negative effects of changing the status quo.