The AFL has pondered the idea of having quarantine hubs in isolated areas to recommence the season, with Tasmania, Western Australia, Northern Territory, and Victoria thrown up as potential locations.

The hubs would see players and teams move to isolated areas in the hope of playing games in clusters.

Victoria being the home of most clubs means it would be surprising to see the MCG and Marvel stadiums inactive. With the two stadiums and training facilities in Richmond’s Punt Road Oval, Melbourne’s Gosch’s paddock, and Collingwood’s Olympic Park in close proximity to each other, teams would have easy access to train, making it an attractive possibility.

Not to mention the hotels in and around a quieter Melbourne city could strengthen the chances of a quarantine hub.

It is a difficult decision to make, particularly with Victoria having the second-highest amount of COVID—19 cases in the country.

“We will have to roll with the times. It’s one of those things this year,” Geelong captain Joel Selwood said on Footy Classified

“We’ve said we’ll do what we can as players,” he said on SEN.

“I think you’d find you’d have players that would be more than willing to do that and you’ll have some that would be vehemently opposed.”

Dangerfield raised a good point about a potential proportion of players being against the quarantine hubs. There is only a certain amount of time teams can last together. 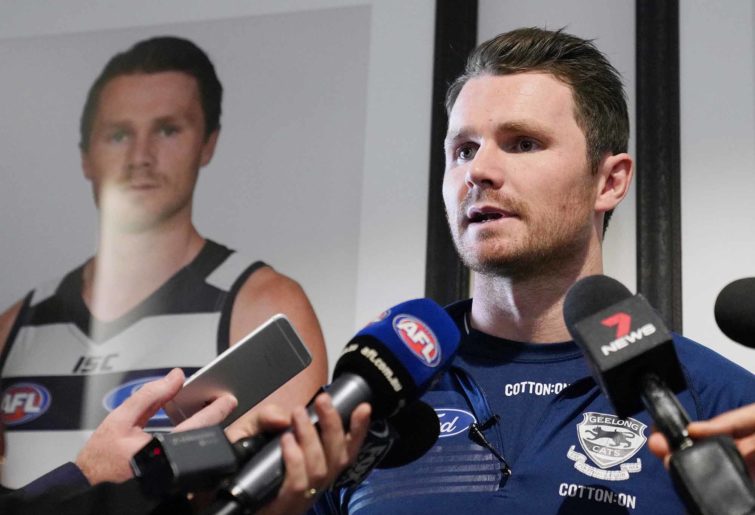 Recent communication between the AFL and clubs has been to get the season going, potentially as early as the start of June – a date that is looking increasingly unlikely.

If the league can work out a plan to get the season resuming early, the integrity of the game must be upheld above all else. The last thing this season’s champions will want is a premiership with a big asterisk on it.

As hard as it is, the AFL should aim to have a season that follows the morals and principles of a typical season. This could look like three or four-day breaks between games instead of five or six, finals that hold the same format as a regular season, and all teams playing each other at least once.

AFL general manager of football, Steve Hocking said “The agility and flexibility and open-mindedness to what they are going to face is going to be critical to land the premiership.”

While “flexibility and open-mindedness” are commendable, Hocking should ensure that football is the winner, not the team who can cope with the quarantine hub the longest.

If the AFL gets to a point where a reasonable season cannot be completed, a season without a premiership will be on the agenda. They are not easy to win and should not be handed out if a fair and justified season cannot be produced.

It will not be anyone’s fault. It will just be the circumstances we live in. Hopefully, the season does not get to that point but the threat builds.

Another factor will be finding stadiums. With the T20 World Cup scheduled to start on October 18, the AFL may be under time pressure to fit the season in.

Bear in mind, cricket also needs time to prepare pitches and put drop-in pitches into the grounds. That could take up to an extra fortnight from the AFL having access to major stadiums.

The AFL might even have to fork out to get stadiums that cricket would have already locked in. The use of club grounds, such as Collingwood’s Victoria Park and Carlton’s Ikon Park, might be the best option.