Who wins of Tony Ferguson vs Justin Gaethje at UFC 249?

Khabib Nurmagomedov vs Tony Ferguson for the undisputed lightweight champion is a fight that will determine the best lightweight of all time.

These men have been a nightmare for all who have stood across the octagon from them, with both are on a 12-fight streak – unheard of in the UFC.

It’s a fight that has been scheduled four times before. And now, thanks to COVID-19, we will have a fifth reason not to have the debate over who is best settled.

Khabib was advised home due to the pandemic. Days later Russia shut their borders, meaning Khabib had to withdraw from the fight. 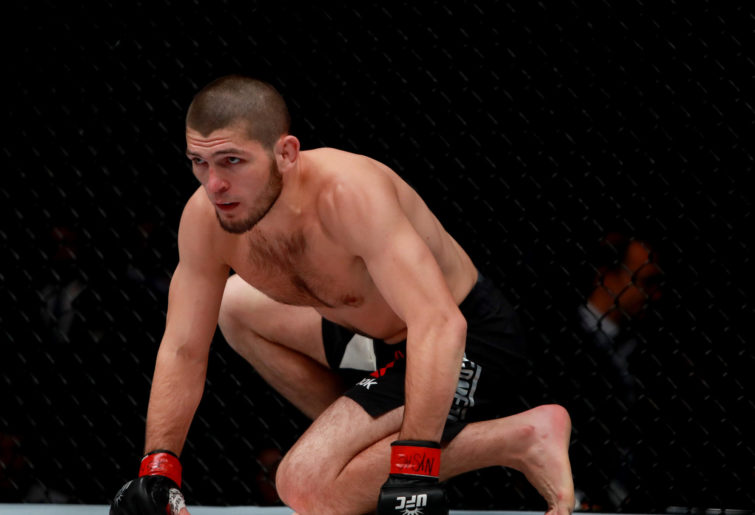 Dana White’s reputation as one of the greatest promoters ever comes with a high level of stubbornness. Tell him that all sports are cancelled, there’s no locations to do a fight and the champion has withdrawn, and he will tell everyone “watch me pull this off”.

And watch him we did – he has found a private island to hold the fight and a replacement, in Justin Gaethje.

Ferguson is an enigma who trains within his own camp and hasn’t sparred anyone in years in preparation – but for those who have trained with him, the stories are frightening.

He has eight post-fight bonuses in his last eight fights, and not one person has ever called him out. Ever.

He is the boogeyman.

He was once filmed banging his elbows against a metal squat rack to ‘toughen them up’, and will throw them whenever he can – along with his boxing skills. But his submission game is his most dangerous threat, especially when he’s on the bottom and opponents least expect it.

His unorthodox style is so hard to prepare for, let alone fight against.

Justin Gaethje, the man stepping in for Khabib, has seven post-fight bonuses in his last six fights. He is a savage and nothing says savage like stepping in to face the boogeyman on two weeks’ notice.

While he has a prestigious wrestling background in college as a division-1 wrestler, if you watch his UFC fights you wouldn’t know it.

He is known as a wild fighter who throws bombs and can also take one. However, this saw him come undone against high-level strikers such as Dustin Poirer and Eddie Alvarez.

However his last couple of fights he has been more technical with his striking, opening up with the hardest hitting leg kicks in the division.

He makes you light on the front foot, so your balance is skewed, and then will start unloading with hands. His last couple fights have not gone into the second round, so you can imagine how quickly and deadly his kicks and hands are.

We haven’t seen him have to use his wrestling much in his UFC career but it will come to the fore come April 18.

This is a dangerous fight for Ferguson, albeit one that could change the trajectory of Gaethje’s career.

And that could mean we never see Khabib vs Ferguson – even if this is another chance for Ferguson to be the interim champion and escalate the need for the Khabib fight.

And given the men who are set to face off, there will be blood and we will see both use their entire arsenal of weapons.

Prediciton
With a full training camp behind him, Ferguson’s cardio endurance and black belt jiu-jitsu will get him the victory and hopefully – when normality resumes – we see Khabib vs Tony for the undisputed championship.

Tai Tuivasa’s win at UFC 264 will only accelerate his meteoric rise. 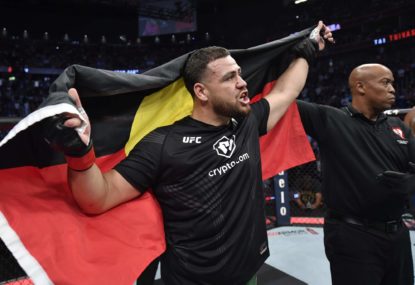 'Boys, I'm coming for you': Tszyu taunts trio after putting out Spark

Tim Tszyu has continued his relentless pursuit of world title glory with a savage beat-down of Stevie Spark to retain his WBO global super welterweight title with a third-round stoppage in Newcastle.

'Boys, I'm coming for you': Tszyu taunts trio after putting out Spark